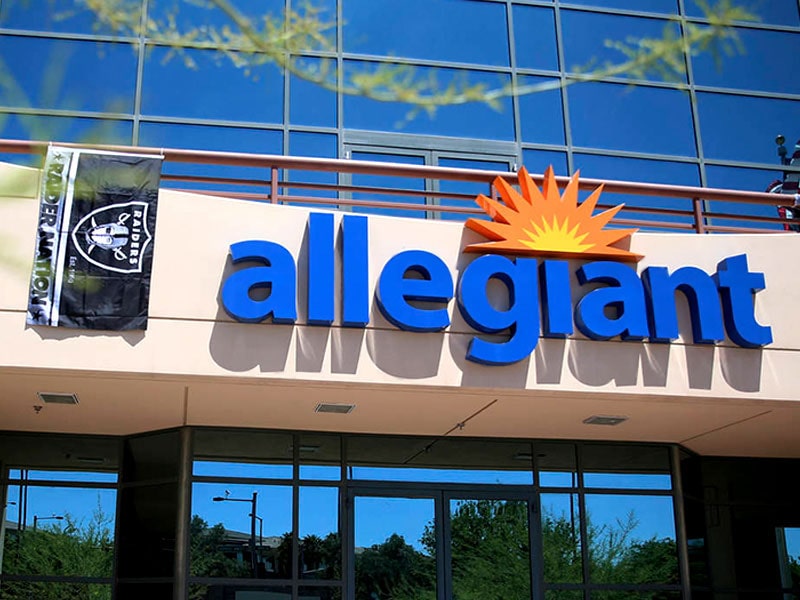 Allegiant Air executives feel that the best thing that could have happened to the budget airline was securing the naming rights deal of the 65,000 seat indoor stadium – future home of the Raiders.

Allegiant Air will undoubtedly get a lot of mileage from the deal. When games would be played at Allegiant Stadium, the budget airline would get instant recognition.

The Las Vegas Review-Journal reported that one result of Allegiant 2.0 is that the company was able to make the bold step of sponsoring an NFL venue, giving the company an opportunity to tell its story to a national audience thanks to the name recognition Allegiant will get on Sundays and in prime time.

“If we didn’t step up and do it, someone else puts their name up there and (the opportunity) is gone,” Allegiant CEO Maury Gallagher said. “This is all about brand, brand, and brand and how do you get your name out there faster with one expenditure than what we’re doing with the Raiders? That’s the strategic statement we’re making here.”

This is a huge stride for Allegiant, a budget airline that has been around for little more than two decades. The carrier will also get instant access to fans.

Allegiant’s name on the stadium will drive even more data the company’s way and they will get more marketing options through the Raiders and their affiliates.

“A lot of people may not immediately think about NFL or sports marketing as being efficient, but it really are,” said Scott DeAngelo, Allegiant’s Chief Marketing Officer.

“Two-thirds of Allegiant customers — and those who haven’t flown us yet, but live in the markets we serve — are NFL fans. That’s more than double the national average. The proportion of NFL fans is much greater in small towns and mid-sized cities,” he further stated.

“Only 7% of NFL fans in America, however, have ever been to an NFL game,” he continued. “When you think about that, only a small fraction of NFL fans have access to get to the game. Now, think about what we and the Raiders can do together to provide access — promotions and packages — to fans,” says a confident Scott.

CEO Gallagher says that the Allegiant Stadium will be a cut above the rest among all the stadia in the world – a kind of cherry on the cake in Sin City.

“It’s another step — a big step — toward being a customer-centric travel company,” Gallagher said of the naming-rights deal. “If you’re thinking of leisure, we want you to think of Allegiant. What more leisurely event is there on a Sunday afternoon than watching football or going to a football game? So we’ve bound ourselves at the hip with those guys (the Raiders),’ he avers.

« Previous News: Optus Stadium roof climb to open by summer end
» Next News: Rome’s Stadio Olimpico to be spruced up for Euro 2020