Arkansas Razorbacks will return to natural grass field in 2019 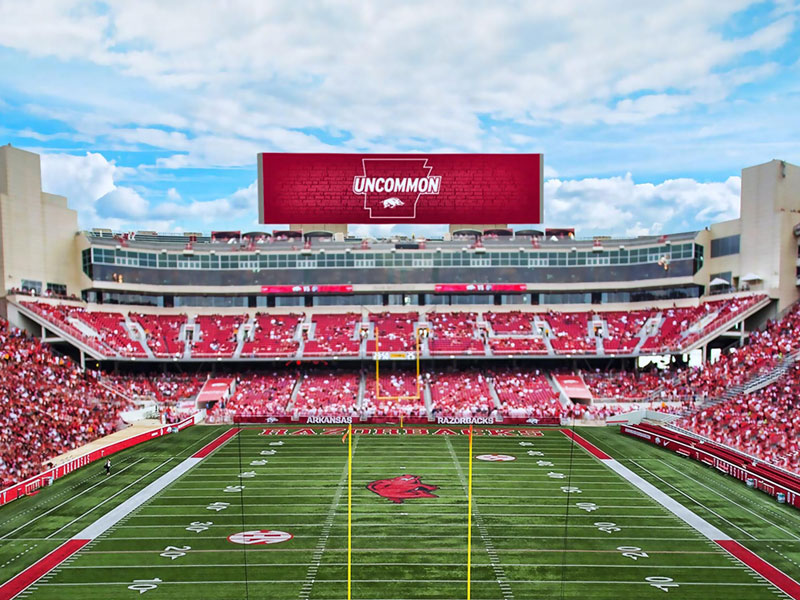 The Arkansas Razorbacks are planning to return to natural grass next year after playing for a decade on the current artificial turf surface at Reynolds Razorback Stadium.

Razorbacks Athletic Director Hunter Yurachek recently confirmed to the media that a final decision has been taken to install real grass when the 2018 season comes to an end.

The life cycle of artificial turf such as the PowerBlade 2.5 installed at Razorback Stadium for the 2009 season at the behest of then-Coach Bobby Petrino is typically 10 years. The turf project cost roughly $1.1 million upon installation.

Prior to that, during the 2008 season, the surface at the stadium was natural grass.

Earlier this spring, first-year coach Chad Morris had expressed a preference for grass over turf. “Let me say my preference is I love natural grass,” Morris reportedly said on March 3. “That’s just me. Maybe that’s just the high school coach in me.

“Worrying about what the next surface out here looks like is irrelevant to me. I just want to get through a practice and get better today. But I prefer, I’m a natural grass type of guy. I love being on a grass field. There’s nothing better than that in college football, or football period.”

Arkansas Razorbacks will return to natural grass field in 2019