The LaLiga team FC Barcelona (Spain) has started work on the Palau de Gel (FC Barcelona skating rink) building, next to the Palau Blaugrana, the home of the current ice rink and which will shortly be the temporary venue for the club museum.

‘FC Barcelona’ stated that the work is scheduled to be completed in the Summer of 2023, and will affect the whole area of the ground, including the dressing rooms and the façade, where new entrances are to be created. The museum will remain in the above building until the Barça rebranded residence – Spotify Camp Nou – opens in 2024-2025.

‘FC Barcelona’ further stated that work is being done with the Barcelona City Council and Les Corts on the new venue for the ice rink, but in the meantime all ice activities at the club have been suspended.

The ice rink opened in 1971, and the building work will affect the whole structure apart from the offices and cafeteria, which will continue to operate as normal. This will allow for 2,400 m2 of museum space.

The current museum is not only of historical, but also economic value. Prior to the pandemic it was getting 1.8 million visitors a year, more than any other museum in Catalonia (Spain), and numbers are finally returning to those kinds of levels. As the current site will be unavailable from the Summer of 2023, the club is creating a temporary exhibition which will be divided into a number of different sections to improve the visitor experience.

It will also be used as a pilot project for working with more advanced technologies and leisure activities that can be used in the brand-new museum inside Spotify Camp Nou, where virtual reality, immersive activities and holograms will be used to tell the club story in as most entertaining manner as possible. Modern and innovative, it will do as much as it can to keep this important source of club income protected.

The club has designed the museum in association with Mediapro Exhibitions, the Mediapro Group that specializes in the development of museums and exhibitions, and which supported the redesign of the current museum in 2010. No other company has more experience of such projects, having worked in Europe, America and Asia on venues that are visited by over 10 million people a year. It is currently developing projects for FIFA and the Premier League club Manchester City F.C. (UK) and in the past has worked with the likes of LaLiga clubs Atlético Madrid and the Athletic Club.

The work on the ice rink building means that a temporary home will need to be created for the figure skating and ice hockey activities at the club, as well the ice skating services offered to the general public. The club is liaising with the City and district councils to ensure that the work gets started as soon as possible so that ice sports can resume their activities. 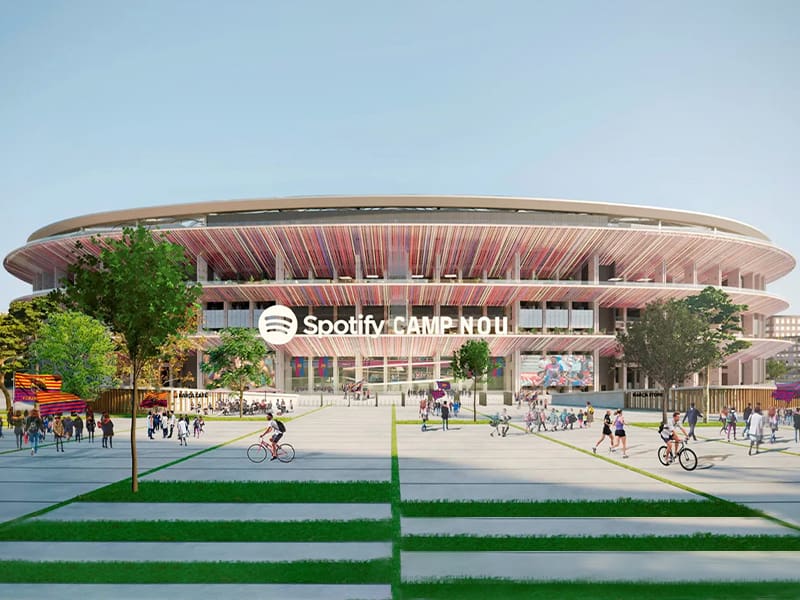