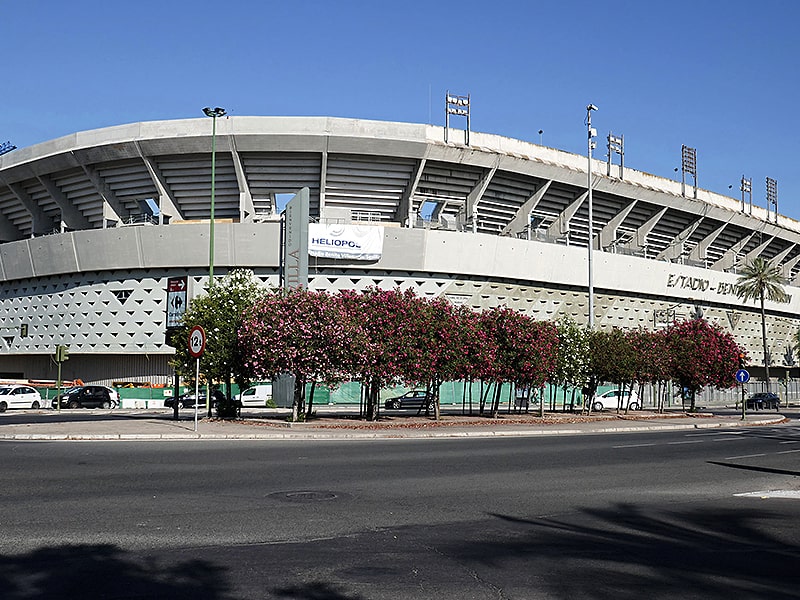 The LaLiga club Real Betis has taken up the initiative to bring together fans with functional diversity from all over the world to make visible the need for football to be accessible to all.

‘EFDN’ stated that the green and white club will hold the most inclusive match in the world at the Benito Villamarín Stadium, an initiative that aims to bring together fans from all over the world with functional diversity to make visible and demand that all people can equally enjoy a football match.

Real Betis Balompié, known as Real Betis or just Betis, is a Spanish professional football club based in Seville in the autonomous community of Andalusia, Spain. Founded in 1907, it plays in LaLiga. It holds home games at the Estadio Benito Villamarín in the South of the City with a 60,720-seat capacity.

Estadio Benito Villamarín is a stadium in Seville, Spain, and the home of Real Betis since its completion in 1929. It has a capacity of 60,720.

‘EFDN’ further stated that the historic event will take place in the second half of February, on matchday 22 of LaLiga, corresponding to the match between Real Betis and Real Valladolid CF. For the launch of this initiative, the club has teamed up with Integrated Dreams, a Lisbon (Portugal)-based Non-Governmental Organization (NGO) whose mission is to increase the representation of people with disabilities in the world of sport through inclusion, development and education.

Among the initiatives that will be organized for this match is a march for inclusion to make people with disabilities visible, which will consist of a small walk for fans with functional diversity to the stadium, the presentation of Real Betis Genuine in the Benito Villamarín, the carrying out of surveys to improve the experience and accessibility in the Real Betis stadium on matchdays and numerous other initiatives.

But this match also wants to break records, welcoming in the stands of the stadium the largest number of spectators with functional diversity, a feat that can become a global milestone in terms of the inclusion of people with disabilities in sport.

Real Betis is working to improve the experience of its fans on matchdays. In this way, the club has a specific group of volunteers who are in charge of carrying out the ‘We Accompany You To Your Seat’ service, which consists of helping people with disabilities or mobility difficulties to access their seats. In addition, the organization also has accessible ticketing for wheelchair users. Also, at the end of the last season, Real Betis also made available to its fans on matchdays sensory packages for people with autism, becoming the first team in LaLiga to implement this initiative.

The club also has accessible ticketing for people in wheelchairs, while, at the end of the last season, Betis made sensory packages for people with autism available to its fans on matchdays, becoming the first LaLiga team to do so.

Ramón Alarcón, General Director of Business at Real Betis, said, “There is much to improve in terms of architectural barriers. Real Betis is working on it and is also creating new services to improve the experience during matchdays for fans with functional diversity. The intention of this match is to beat the record for people with disabilities in the Benito Villamarín stands and give all the visibility in the world to this group and to the need to offer the spectacle of football in a 100 percent accessible way.”

The venture is being backed by Betis’ home City of Seville.

Mayor of Seville Antonio Muñoz added, “Football cannot be left out of matters such as sustainability or accessibility. Real Betis will be an example with the celebration of this successful match and will demonstrate that Seville is a very supportive City. The passion of football cannot be stolen from a person with a disability.”