Broadway to remain shuttered till June 7 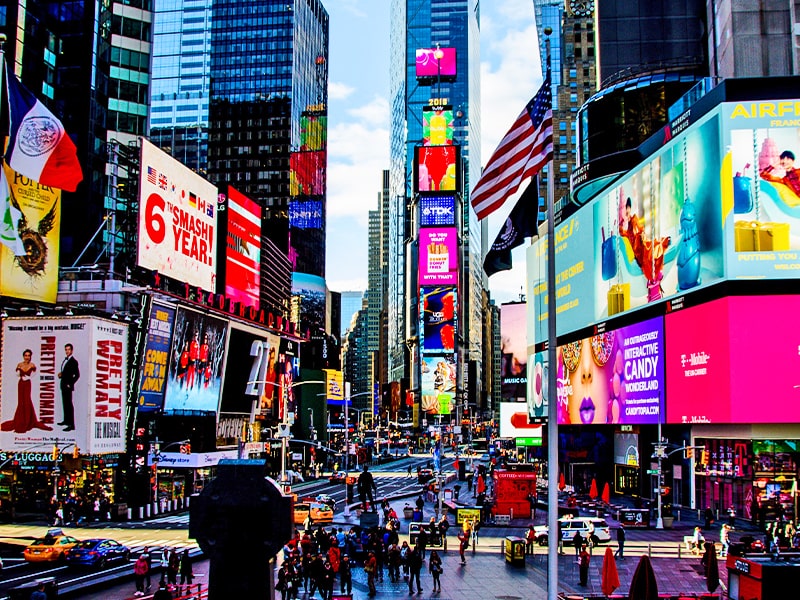 Coronavirus curse has left the whole world shattered. The most impacted country right now from the fatal virus is the United States which is witnessing scores of lives being lost per day.

Broadway shuttered down in March for what it thought would be a month, but with New York bearing the brunt of COVID-19 cases in the US and with guidelines from the Center for Disease Control and the New York Governor Andrew Cuomo, theaters will now remain shut until at least June 7th this year. The announcement was made recently by the Broadway League, an organization of theater owners and producers.

The announcement means that the initial April 13 target for reopening the venues, which have been shut due to the COVID-19 outbreak since March 12, has evaporated.

Broadway Theatre, also known simply as Broadway, refers to the theatrical performances presented in the 41 professional theaters, each with 500 or more seats, located in the Theater District and Lincoln Center along Broadway, in Midtown Manhattan, New York City in US.

A total of 41 theaters which sits in the district in Manhattan support nearly 90,000 jobs. Thirty-one productions were canceled on the opening day of the shutdown alone, with concerns rising about the financial impact for stakeholders.

However, there is little prospect of the venues reopening in the foreseeable future, with New York City having been particularly badly hit during the pandemic and accounting for nearly one-third of all of the outbreak’s recorded deaths in the United States.

“Our top priority continues to be the health and well-being of Broadway theater-goers and the thousands of people who work in the theater industry,” said Charlotte St. Martin, President of the Broadway League.

“Broadway will always be at the very heart of the Big Apple, and we join in looking forward to the time when we can once again experience live theater together,” Martin hoped.

Broadway producers are gearing up for a collapse in key metrics for the 2019-20 seasons, which has now effectively been curtailed, with the 2018-19 campaign having generated record revenues of $1.829bn.

Attendance, gross takings and playing weeks had increased year-on-year on Broadway since the 2016-17 seasons, with revenues having doubled in the decade before the disastrous impact of COVID-19.

Broadway brought in $1.8 billion in ticket sales and close to 15 million audience members last season. It’s New York’s top tourist spot, bringing in more people than all of the tri-State area’s professional sports teams combined. And many ancillary businesses have been affected, too – hotels, taxi cabs, and restaurants.

When performances were suspended, 16 shows were scheduled to open before the Tony Awards deadline in late April – two of them, a revival of ‘Who’s Afraid of Virginia Woolf?’ and Hangmen (a play by the British-Irish playwright Martin McDonagh) subsequently announced they were closing. The musical Beetlejuice will not reopen in June, may move to another theater later. Three shows at non-profit venues will postpone their productions to next season.

Beetlejuice is a musical with music and lyrics by Eddie Perfect and book by Scott Brown and Anthony King. It is based on the 1988 film of the same name.

Coronavirus has also taken a toll on the community with Tony Award-winning playwright Terrence McNally, character actor Mark Blum, and composer Adam Schlesinger all succumbing to the deadly virus.