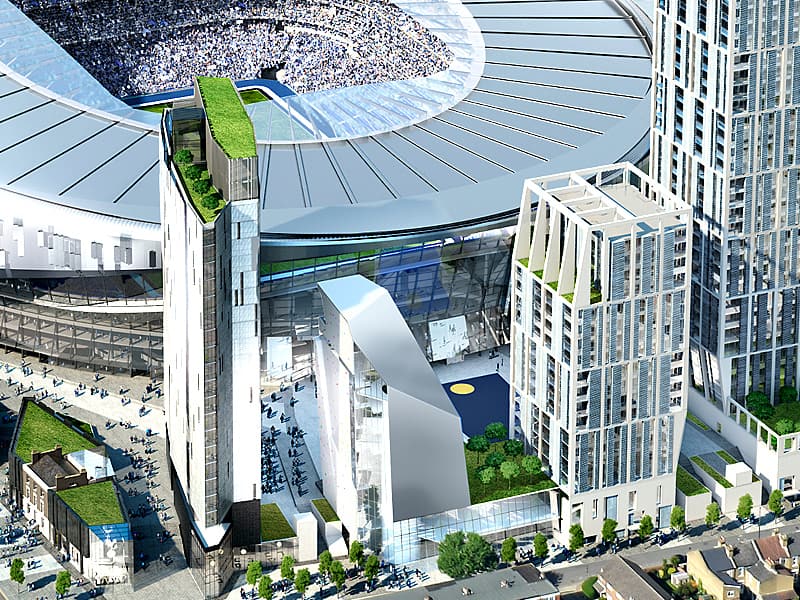 Premier League team Tottenham Hotspur F.C. (UK) have had revised applications for an extreme sports building and community health center at their new stadium complex greenlighted by the Haringey Council in London.

‘football.london’ stated that both applications had been previously approved in their original form but were resubmitted this year and they were both approved again at a Planning Committee meeting held recently as buildings to benefit the community.

The Tottenham Hotspur Football Club, commonly referred to as Tottenham or Spurs, is an English professional football club in Tottenham, London (UK), which competes in the Premier League.

The Tottenham Hotspur Stadium which opened in the year 2019 is the home of Premier League club Tottenham Hotspur in North London, replacing the club’s previous stadium, White Hart Lane. With a seating capacity of 62,850, it is the third-largest football stadium in England and the largest club stadium in London.

The original applications were submitted in 2016 before the construction of the Tottenham Hotspur Stadium and the permission granted then required that a further application be made regarding either scale or appearance before five years had lapsed.

‘football.london’ further stated that the extreme sports building will eventually be built on the South side of the £1.2bn stadium complex, which has plans for a hotel and residential quarter.

The building will contain outdoor and indoor climbing walls and a huge dive tank, can be up to 51.2m in height and its final appearance will be delivered in its next planning application but it is set to be a striking addition to the stadium complex.

‘Spurs’ – in their most recent application – stated that they have been in discussions with a range of prospective operators of what they call the Extreme SportsHub, but none has yet been finalized.

The report from Haringey Council’s Planning Department agreed that the new building would “deliver a unique leisure facility that is expected to draw visitors from far afield as well as providing a major indoor sporting facility for the local community.”

The Planning Committee agreed and gave their seal of approval at their meeting held very recently.

Also put forward for approval again to comply with the five-year time period was an application for the appearance of the community health center.

Spurs have been in discussion with prospective partners, including primary care providers and technical medical partners for some time, but as with the extreme sports building an operator has not yet been confirmed.

The community health center will eventually be built on the North side of the stadium complex, with its front facing Worcester Avenue.

It will set between the terraced houses in that road and the stadium with its accompanying Lilywhite House offices.

The Planning Committee agreed with the officer’s recommendation that the community health center will contribute to the regeneration of the wider area which “will help secure the additional healthcare provision needed to support the area’s planned growth in population”.