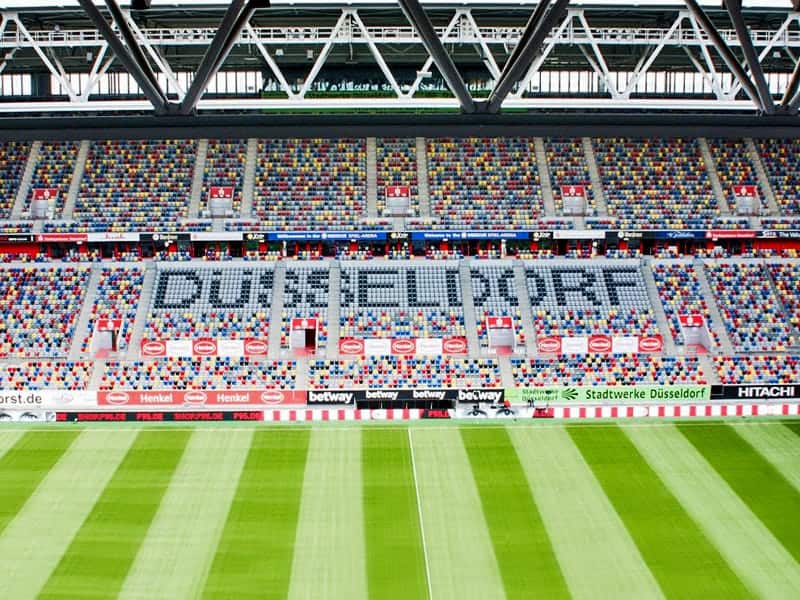 The concert ‘Give Live A Chance’, which was supposed to take place on September 4th in the Düsseldorf MERKUR SPIEL-ARENA in Germany, has been postponed until late autumn due to recent spike in COVID-19 cases in Düsseldorf. This information was given by the organizers Live Nation – American events promoter and venue operator.

The Düsseldorf event subsidiary video live streaming service D.Live had already organized 20 drive-in theater concerts, and was upbeat about the Germany concert. The concert was set to feature Canadian rock singer Bryan Adams as the headliner who was supposed to perform before 13,000 music buffs in keeping with strict coronavirus regulations.

Despite an extensive hygiene and protection concept, the organizers were forced to cancel the concert over coronavirus surge in Düsseldorf.

Earlier, it was agreed that the coronavirus scenario would be monitored by the City of Düsseldorf and the NRW Ministry of Health till August 31st and then arrive at a decision. However, the State of North Rhine-Westphalia in Germany had recently expressed reservations over holding of the concert and had slammed the same. The NRW Health Minister Karl-Josef Laumann had announced that the concert would be canceled with strict coronavirus rules in place and an upper limit for participants for major events.

“We are still of the opinion that our catalog of measures offers fans, artistes and employees comprehensive protection,” said ‘Give Live A Chance’ organizer Marek Lieberberg in a statement.

Lieberberg expressly stated that the return to live music with full capacity must take place in the foreseeable future, “because the longing of fans and artistes cannot be suppressed in the long run! The Düsseldorf model is and will remain the right approach to gradually return to normal concert events. Politics has an obligation and responsibility to live music, to pave the way back to normal for this heart of modern culture. 150,000 suspended employees in this diverse and essential industry, tens of thousands of artistes and millions of followers are waiting for this.”

Live Nation executive Marek Lieberberg is a German-Jewish concert promoter best known for founding and organizing the Rock am Ring and Rock im Park festivals. In 2013, he won the Lifetime Achievement Award at the European Festivals Awards.

Bryan Adams and American-German singer-songwriter Sarah Connor, among others, were to perform at the planned concert. The others supposed to perform were Irish singer Rea Garvey, The Bosshoss (band from Berlin), and Joris and Michael Mittermeier. More than 7,000 visitors who have already purchased tickets for the event are to be reimbursed the entrance fee including advance booking fees.

Due to recent rise in COVID-19 cases in Düsseldorf, Germany’s Chancellor Angela Merkel has extended the nation’s ban on large-scale public events through to 2021.

Media reports stated that the concert – which was to have entertained a crowd of 12,000 – is being pushed back to sometime in “late Fall”.

“Despite a comprehensive health, hygiene, and safety program, organizers felt compelled to cancel the event in view of the increasing number of infections and subsequent capacity restrictions that were imposed on the event,” the arena said in a statement, noting “concerns from the State Government” and indicating that “the opposing positions could not be bridged”.

Earlier this month, Adams announced the concert on Instagram, writing, “I’ve been invited to perform at the first large social distancing concert in Germany at the Merkur Spiel-Arena in Düsseldorf on September 4th. I’m playing acoustically – on my own/no band.”

He later updated the post to tell fans the show “has been canceled”.

Media reports further stated that at the time the concert was announced, few German officials weren’t happy about the same, with Health Minister Laumann admitting he was “irritated”.

“We have a complex infection situation shortly before the end of the travel season. In this situation, encouraging people from all over Germany to travel across the country to Düsseldorf and come together by the thousands is simply irresponsible,” he fumed.

Earlier, Angela Merkel had extended the ban on large event from August 31st to the end of October with the exception of events that could meet the country’s stringent hygiene regulations and ensure contact tracing.