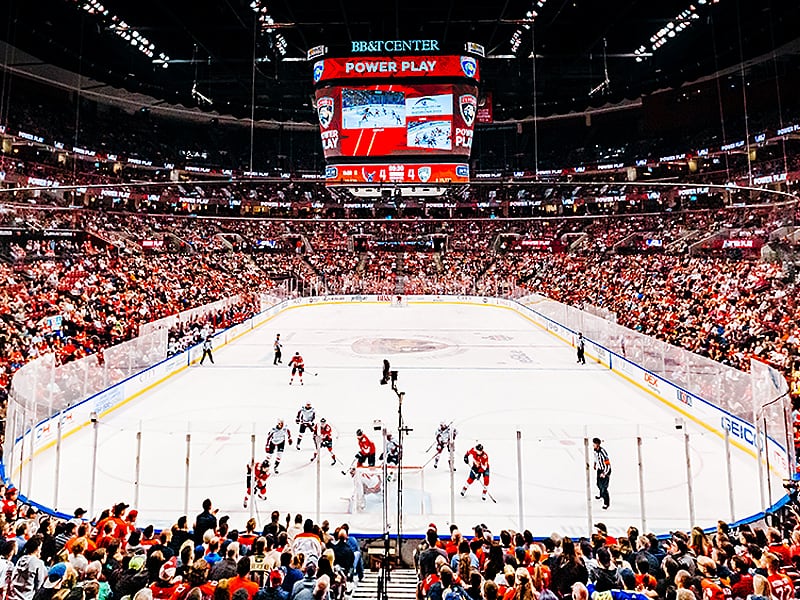 ASAP.com, the on-demand delivery brand for Waitr Holdings Inc., and the National Hockey League’s (NHL’s) Florida Panthers (US) have announced a new partnership that offers hockey fans a new way to enjoy food and beverages during games.

‘businesswire’ stated that ASAP’s proprietary ordering technology allows fans to skip the concession lines and order their arena favorites – including alcohol – right from their phones without missing any game action.

ASAP.com, the on-demand delivery brand for Waitr Holdings Inc., is an online ordering technology platform using the “deliver anything ASAP” model making it easy to order food, alcohol, convenience, grocery, flowers, auto parts, and more at your fingertips and get them delivered ASAP.

Its proprietary in-stadium mobile ordering technology now provides an enhanced fan experience at sports and entertainment venues, allowing fans to place orders from their favorite in-stadium concessions, directly from their seats. Additionally, the ASAP.com platform facilitates access to third parties that provide payment processing solutions for restaurants and other merchants. It provides a convenient way to discover, order and receive a wide variety of on-demand products – ASAP. As of June 30th, 2022, ASAP.com operates in approximately 1,000 Cities throughout the United States.

The Florida Panthers are a professional ice hockey team based in the Miami metropolitan area, US. They compete in the National Hockey League (NHL) as a member of the Atlantic Division of the Eastern Conference, and initially played their home games at the Miami Arena before moving to the FLA Live Arena in 1998.

The NHL’s Florida Panthers are entering their 29th season in the league. The Panthers are set to host the 2023 NHL All-Star Game at the FLA Live Arena.

The 20,737-capacity FLA Live Arena is an indoor arena located next to Sawgrass Mills in Sunrise, Florida, US. It is the home venue of the Florida Panthers of the National Hockey League (NHL). It was completed in 1998, at a cost of US$185 million, almost entirely publicly-financed, and features 70 suites and 2,623 club seats.

‘businesswire’ further stated that ASAP’s mobile ordering agreement with the Florida Panthers is the first arena deal for the company with a National Hockey League team. ASAP has stadium service with multiple National Football League (NFL teams), including the New York Giants, the New York Jets and the New Orleans Saints. It has also secured exclusive mobile ordering partnerships with the University of Alabama and the Louisiana State University.

Beginning this season at the FLA Live Arena in Sunrise, Florida, fans can order food and beverages for pickup on the ASAP platform by simply scanning the QR codes in the concourse. In addition, the ASAP platform brand ambassadors will be stationed throughout the FLA Live Arena to boost the overall fan experience and educate fans on mobile ordering.

Commented Carl Grimstad, head honcho and Chairman of the Board of ASAP, Inc., “Following our debut in the National Football League, we’re excited to bring the ASAP platform to a new venue – the Florida Panthers and the NHL. With just a tap of your phone, you can expect a seamless mobile ordering experience and most important, you don’t have to miss any action on the ice.”

Enthused Bryce Hollweg, Florida Panthers Chief Operating Officer (COO), “We’re thrilled to partner with mobile ordering best-in-class ASAP to provide fans with an easy and efficient food and beverage experience at the FLA Live Arena. The ASAP platform will make it easy for fans and patrons to order from their seats, avoid concession lines and enhance the overall ordering experience at games and concerts.”

Under the agreement, ASAP.com will serve as the ‘Official Mobile Ordering Partner of the Florida Panthers’. The LED boards and other signage at the FLA Live Arena will promote ASAP’s mobile ordering at Panthers home games and other events. ASAP.com will engage fans with unique promotions and giveaways throughout the NHL season, as well as in the local market.

The mobile ordering experience for Panthers games also serves as an introduction of the new ASAP brand name to the area. Local food delivery service Delivery Dudes is affiliated with ASAP.com and will soon officially switch its name to ASAP allowing fans to utilize the service at Panther games and at their home or office for delivery of food, grocery, convenience, and other items. Delivery Dudes is well-known in the Broward and Palm Beach counties with longstanding relationships with the local restaurants and customers. It’s headquartered in Delray Beach, only 30 minutes from the FLA Live Arena.