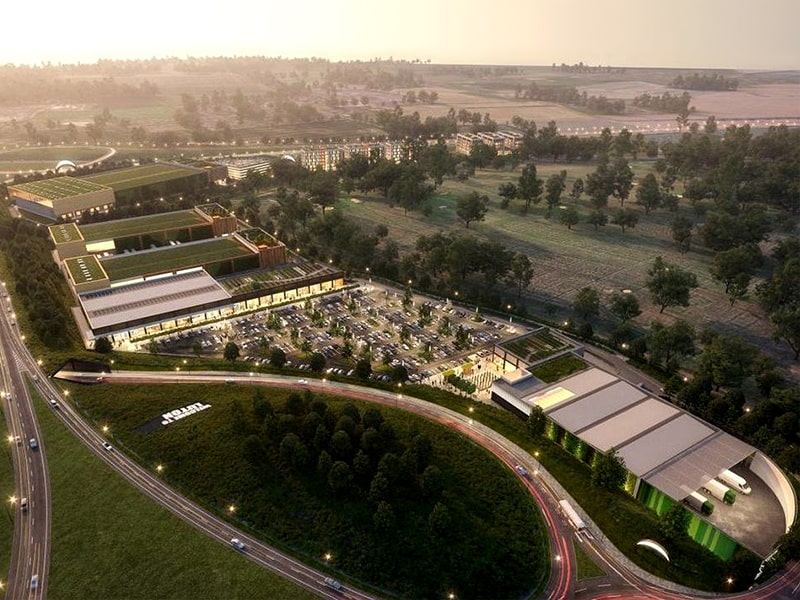 A revised prestigious gateway project on 40 acres of land close to Junction 10 of the M1 motorway at Luton (UK) has been approved.

The ‘Luton Today’ stated that two mixed-use development schemes were submitted by applicant 2020 Developments (Luton) for the North and South of the Newlands Park site.

The North plot of the land is for mix-use i.e., commercial, business and service uses (including retail and leisure floor space), flexible commercial and business floor space and parking.

And the South features a flexible commercial and business floor space (including office floor space), public art and/or a gateway feature and parking.

It was revealed in December 2021 that 2020 Developments (Luton) had struck a deal with an investment fund house advised by Morgan Stanley Real Estate Investing (MSREI) and the UK developer Wrenbridge for the development.

Outline planning permission for the site was granted previously by the Committee in September 2019.

But Luton Town Football Club’s property arm and applicant 2020 Developments has since reviewed the proposals to meet current market conditions following the pandemic. The applications featured less space for retail and leisure as a result.

The Luton Town Football Club is a professional association football club based in the town of Luton, Bedfordshire, England (UK), which competes in the Championship, the second tier of the English football league system.

The 10,356-capacity Kenilworth Road is an association football stadium in Luton, Bedfordshire, England. It has been the home ground of Luton Town Football Club since 1905. The stadium has also hosted women’s and youth international matches, including the second leg of the 1984 European Competition for Women’s Football final.

In March 2019, the Luton Borough Council’s Development Control Committee ruled that plans for the Newlands Park project should be greenlighted after the club was granted permission to build a new stadium on the Power Court site in the previous January.

‘The Hatters’ originally described the Newlands Park project as the enabling development for the club’s Power Court stadium plans in the town center.

‘The Hatters’ were given permission to build their 17,500 all-seater stadium back in January 2019, along with a mixed use scheme at Newlands Park just two months later, which is essential to finance the construction of the new ground.

Planning Consultant David Hall told the Committee, “The rationale for the proposals maintains the claw back of trade leaking from Luton to other centers and the economic benefits a development of this scale will bring, creating employment and generating local economic stimulus. It’ll be necessary to ensure the delivery of the football stadium at Power Court to slab level, through a Section 106 obligation, before any part of the retail and leisure elements on this application site can be occupied.”

Added Hall, “The overall scheme would create many jobs and continue to ensure spending in the borough by visitors and residents would be maintained, aiding local economic activity and growth. It’s considered the development could be accommodated within the local landscape with limited adverse effect on its wider character.”

Said Michael Moran, 2020 Developments Chief Operating Officer (COO), “The intention is that the whole of Newlands Park is delivered in a single scheme. We split the application into two because we appreciate the retail elements had the potential to raise concerns. You’ll recall there was a failed judicial review of the consent last time because of the retail floor space.”

Warned Moran, “As we’ve explained previously, the approval for Newlands Park is a key part of our ambition to deliver the new stadium at Power Court. On its own it doesn’t guarantee it. But together with the wider scheme of residential and facilities at Power Court, we’ve a plan that works to achieve that target.”

The two planning applications were deferred in January 2022 over late additions to the agenda to clear up objections raised by the Central Bedfordshire Council.

Planning officers indicated these had been withdrawn the day before the meeting because the Central Bedfordshire Council’s issues were satisfactorily covered in the conditions outlined within the report.

Both applications are subject to Section 106 legal agreements being signed and referral to the Secretary of State for Levelling Up, Housing and Communities, Michael Gove.