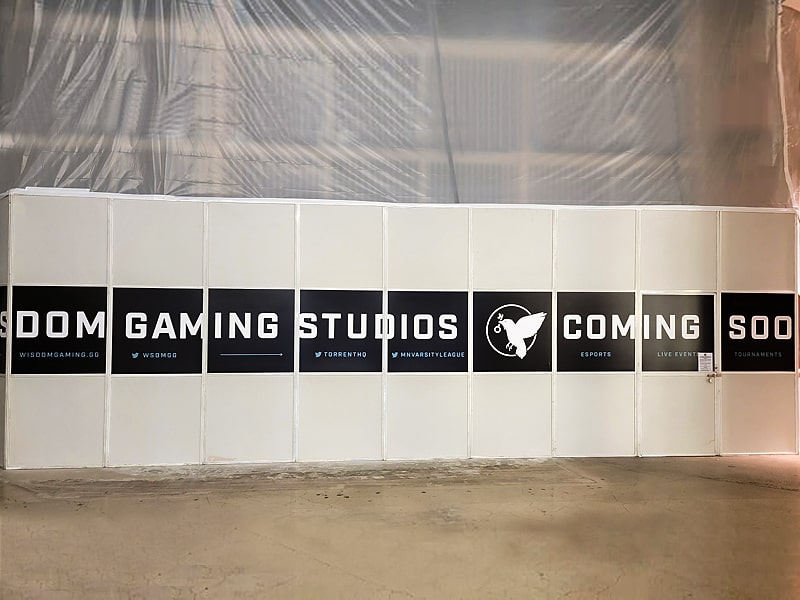 The Mall of America® (US), a pioneer in using attractions like amusement parks and aquariums to draw crowds, is embracing a new kind of experience – Esports. The Mall has a deal with Wisdom gaming to create an esports broadcast studio and gaming venue.

The ‘Forbes’ stated that the announcement could signal the start of the esports era for malls, when having a place to host live streaming of video gaming events becomes an essential ingredient for a modern mall, as experiences replace traditional retail.

Since opening its doors in 1992, the Mall of America® in Minnesota, US, has revolutionized the shopping experience of tens of millions of visitors a year. A leader in retail, entertainment and attractions, the Mall of America® is one of the top tourist destinations in the country and is known around the world.

The ‘Forbes’ further stated that Wisdom Gaming plans to create a dedicated space where it can live stream esports competitions in front of a studio audience and host other gaming events. The 18,000 sq ft space, on the fourth floor of the Mall, will also have a gaming lounge serving food and beverages, and a retail shop. The esports venue is scheduled to open in the first quarter of next year.

Wisdom Gaming also plans to take advantage of the opportunity to hold large esports events in the Mall’s TCF Rotunda, an open area that spans across four floors and is primarily used for concerts and celebrity appearances.

Minneapolis (US)-headquartered Wisdom Gaming is a leader in esports production, building global communities across the gaming ecosystem. Wisdom Gaming offers turnkey creative and production services, tournament organization and marketing strategy for brands and publishers passionate about establishing their legacy in esports and gaming.

Said Nicole Du Cane Spencer, Vice-President, Sales and Partnerships at Wisdom Gaming, “The flexibility and the ability to scale up and digitally disrupt makes us really exciting most about this partnership with Mall of America®. In addition to hosting digital events in its studio, we can scale it up by doing 10,000-plus-people events in the TCF Rotunda which is one of the major high-footfall areas within the Mall.”

Added Spencer, “We will be able to do events, experiential events, live broadcasts, this works out all throughout the Mall’s complex.”

Wisdom Gaming, which is headquartered near the Bloomington, MN Mall, is hoping to make Mall of America®, and the Minneapolis area, a hub for esports activity.

The Mall of America® likes that idea.

Jill Renslow, Executive Vice-President (EVP), Business Development, Mall of America®, said in announcing the deal with Wisdom Gaming, “Tapping into the esports landscape has been something we’ve had on our radar for a long time.”

The Mall, however, wanted to make sure it was approaching the esports audience the right way, Renslow said by partnering with Wisdom Gaming, she said, the mall can leverage “their expertise in the space to establish Mall of America® as the premier digital destination hub for guests and global digital fans alike”.

Wisdom Gaming, Spencer said, felt that the Mall’s management “Is really aligned with our mission. “We’re not just a tenant to them. This is a strategic partnership where we’re both looking at the long-term opportunities for growth.”

And there is a lot of growth in esports.

Gaming and esports market research company Newzoo predicts that global esports revenues will grow by 14.5 percent this year to over $1 billion, and that the global games and live-stream audience will reach 728.8 million this year, a 10 percent increase, and will hit 920.3 million by 2024. Esports has made other inroads into retail, but the Mall of America®, the country’s largest Mall, plans to jump into the fast growing entertainment space along with ‘Wisdom Gaming’ in a huge way.

Esports Arena, which opened one of the first dedicated esports facilities, began opening esports gaming centers in Walmart stores in 2018. It has increased its footprint from five Walmart locations to 14, with four more locations preparing to open.

Wisdom Gaming, which was founded in 2019, offers production services, tournament organization and marketing strategy for game publishers and brands. It also operates a number of esports organizations at the professional, amateur and scholastic competition levels, including Torrent and the Minnesota Varsity League. It is moving its headquarters into office space at the Mall, as well as opening the studio and events space.

The popularity of esports and live-streaming events means that brands and advertisers are increasingly turning to them as a way to reach younger consumers.

Spencer stated, “Reaching the Gen-Zs, reaching the millennials, they’re a tough-to-reach market. They’re the ad blockers, the cord-cutters, they’re skipping commercials. For brands to find new ways to authentically and effectively reach that demographic one of the best opportunities is esports and gaming. That’s where Wisdom comes in. We’re the ones that can help advise brands on how to effectively enter that space and talk to that audience.”