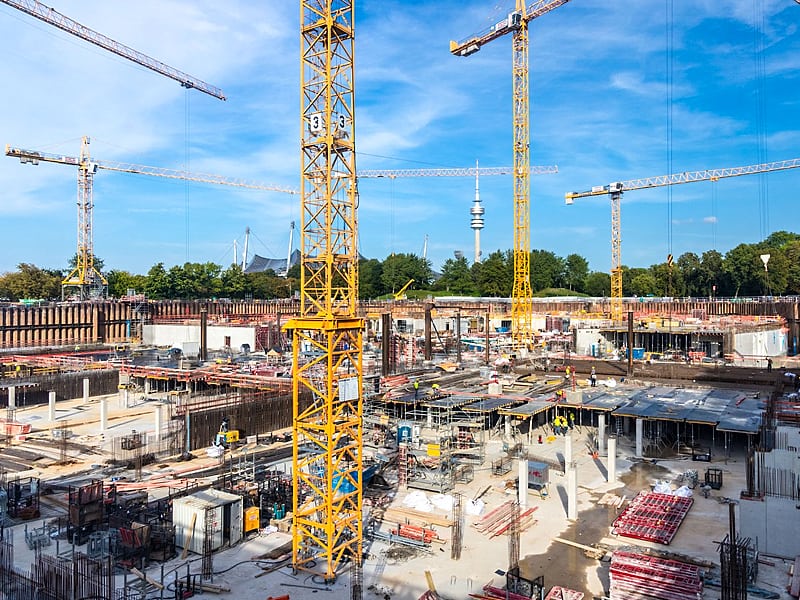 The opening of the 11,500-capacity SAP Garden in Munich (Germany) has been postponed to 2023. As COVID-19 onslaught continues in several parts of the world, and Germany too taking the hit, the stadium cannot open its doors in the latter half of 2022. The opening of the new home of the ice hockey team Red Bull Munich and FC Bayern Munich Basketball is now scheduled for the end of 2023.

The ‘SAP Garden’ stated that the reasons attributed for the delay are – supply bottlenecks, hygiene issues, shortage of raw materials, shortage of skilled workers, etc.

The SAP Garden is a new multipurpose sports arena to be built on the site of the former Olympic cycling track stadium in Munich Olympic Park owned by the Red Bull Munich.

The Red Bull Munich is a professional ice hockey team based in Munich, Germany. The club is a member of the Deutsche Eishockey Liga, the highest level of play in professional German ice hockey. The club has won three DEL titles in a row, as well as the German Cup in 2010.

The ‘SAP Garden’ further stated that the cornerstone was laid for the SAP Garden in the Olympic Park in Munich recently. Due to the coronavirus situation, the event was held sans guests. The stone was supplemented with a block of ice.

The laying of the cornerstone marks an important stage in the construction process. A multifunctional sports arena with a capacity to hold up to 11,500 spectators is being built on the site of the former Olympic cycling stadium.

Enthused Don Jackson, Coach, Red Bull Munich, “We are very pleased that an avant-garde venue is being built for the Red Bull Munich much to the glee of fans. As the venue will be able to accommodate more spectators, it will help to create the perfect stadium atmosphere and will hopefully help to script great success stories.”

The excavation work of 270,000 cubic metres of gravel is almost over. The shell work – carried out by Züblin – is in progress. In total, the six-story complex has a gross floor area of approximately 70,000 m² on a footprint of 22,000 m². This also includes three additional covered ice rinks, which are being built especially for training purposes as well as for popular sports.

Commented Verena Dietl, Mayor of the City of Munich, “The new sports arena will provide a new home for Red Bull Munich and FC Bayern’s basketball players. The complex can also be used by the public. We are also creating an excellent infrastructure for Munich‘s school, leisure and youth sports. This will redecorate the Olympic Park enormously for decades to come.”

Stated Lars Lamadé, Head of Sponsorships Europe and Asia, SAP, “For SAP as a naming, technology and innovation partner, the SAP Garden is a great opportunity to integrate customized and innovative technology solutions for the individual needs of the teams, the fans and also the stadium operator.”