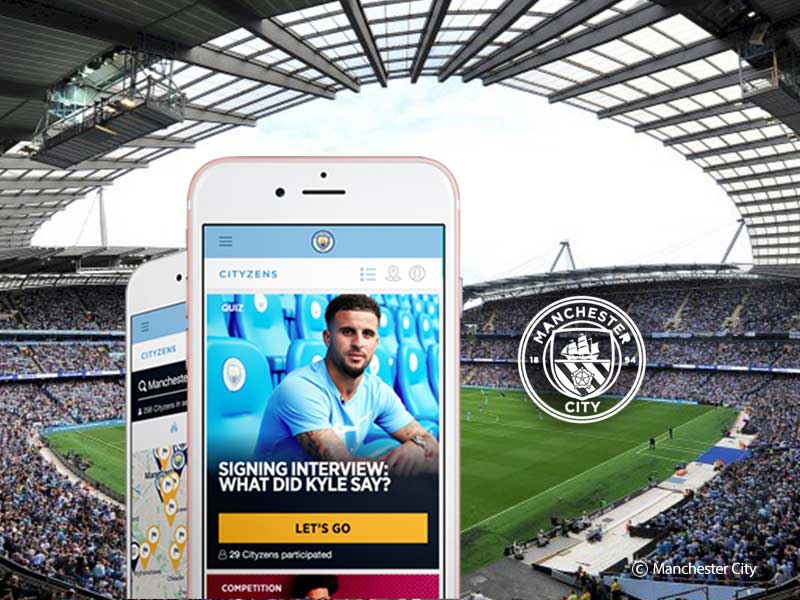 Manchester City Football Club has launched a digital fan engagement platform that harnesses the power of data to deliver tailored experiences for users.

Launched on August 7, the Cityzens mobile-first platform, integrated within the Man City website, gives fans new ways to get involved with the club such as deciding on man of the match, share opinions with other fans through Cityzens Voice and getting involved in volunteering opportunities.

The fan portal for the two-time Premier League champions will also provide a history of the club, suggest venues for fans around the world to watch City games, and provide competitions and rewards – including money-can’t-buy experiences, first-to-know of developments, 10 per cent off first retail purchase online, and more.

With the help of user data, City will also run targeted activations with tailored experiences and rewards to users both at home and around the world. This will include trips to Manchester for international fans and, for those closer to home, money can’t buy experiences such as meeting members of the playing squad.

“Our mission is to bring people together and empower better lives through football – technology helps us to do this on a global scale,” Ferran Soriano, CEO for City Football Group was quoted as saying in media reports.

“Smart data will enable us to truly understand and react to the behaviours of our Cityzens. We will connect and engage with even more supporters than ever before in an authentic and meaningful way. This development helps us in the journey to be a global community Club in the 21st century,” he said.