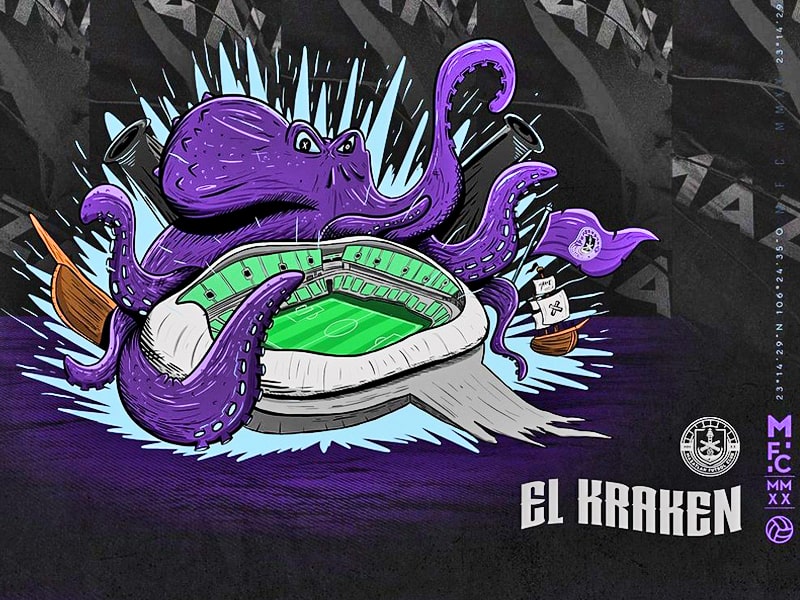 Mazatlán FC – the new Liga MX team – always have surprises up their sleeves for their fans and is always in the news for one reason or the other. The latest is the imposing nickname that its residence will be known as – El Kraken.

The stadium still doesn’t have an official name as such, and it will have a name before the 2020 tournament-opening kicks off on July 24.

The Liga MX is the top professional football division of the Mexican football league system. Mazatlán FC is a Mexican professional football team based in Mazatlán, Sinaloa (in Mexico) currently playing in Liga MX. The club was established in June 2020 after the Monarcas Morelia franchise announced that it would be moving to the city of Mazatlán.

Since they first appeared on social media platforms, the Mazatlán team has kind of become controversy’s favorite child among fans and until now it continues to prevail in search of gaining followers in its debut tournament.

“It is about time to say something to our house, so, prepare to shout with everything in the KRAKEN!” the fledgling team wrote in their Twitter account.

Mazatlán FC already had the opportunity to try their luck in the pitch, as it debuted in the GNP Cup against Mexican professional football club Tigres recently in a match that ended in a goalless draw.

The Kraken is a huge mythological sea creature, commonly described as a type of octopus or giant squid that emerged from the depths of the sea attacking ships and sailors.

The 25,000-capacity venue, formerly known as Estadio de Mazatlán, has been developed at a reported cost of MXN700m (£24.5m/€27.3m/$30.8m) by the Government of the State of Sinaloa as it sought to attract a Liga MX team to the city of Mazatlán on the Pacific coast.

In June 2020, it was confirmed that Monarcas Morelia would move to the new facility and be rebranded as Mazatlán FC. Media reports stated that a deal is yet to be struck over a lease agreement for the stadium.

Though it is being assured that this will not come in the way of Mazatlán FC beginning to play games in El Kraken, Sinaloa Deputy Marco Zazueta remarked, “You have to send a request for a loan or concession from the Governor and you would have to take this to the plenary session, to be approved or rejected, but the request has not come to make the assessment and decide whether or not to give up the stadium.”

Through its official digital platforms, the Sinaloan team launched a dynamic for their fans to give them a knowhow on how they can purchase game tickets and the team’s official shirt.

Fans in Mazatlán are going to be an integral part of the franchise of course, and they want to make all the other teams (including América and Chivas – Mexican professional football clubs) think twice before visiting Kraken. As it seems that Mazatlán FC will be a strong, complicated, and hard-to-beat squad every time they play at home.

The Mazatlecos are known for their passion for baseball. Taking this into account, it will not be a cakewalk for the players of Mazatlán FC, and they very well know the fact that the key to winning over the fans will be to demonstrate their prowess on the field from the word go.

Forward Miguel Sansores explained that he and his teammates are excited about the new challenge, and they will have to work through the sweat of their brows to show a good performance, but they are confident to make this franchise successful.

Said Sansores, “In Mazatlán there was no soccer, there is talk of it being a baseball city, but with what we have heard, especially from the people, it is said to be a pure lie, that they like football very much. When the tournament starts we want to give quick results so that people take risks with this team.”

Assuring of no COVID-19 fears, a confident Sansores informed, “Right now we passed several COVID test controls, and we are surrounded by healthy people. We return to our routine and that is something that helps us a lot. We know that where we are concentrated we do not have a real contact, but we fully trust there will be no problems.”

He also lamented that “Playing without people is very ugly, because it is what motivates you to give a little more on the court. We have had to play like that when sometimes they veto you, I know that this is how we will start, without an audience, but it is very ugly, we do not know how long this will be. We are very calm, very happy, the City has received us well, and we are very excited about this project, because we are the founders of Mazatlán FC.” 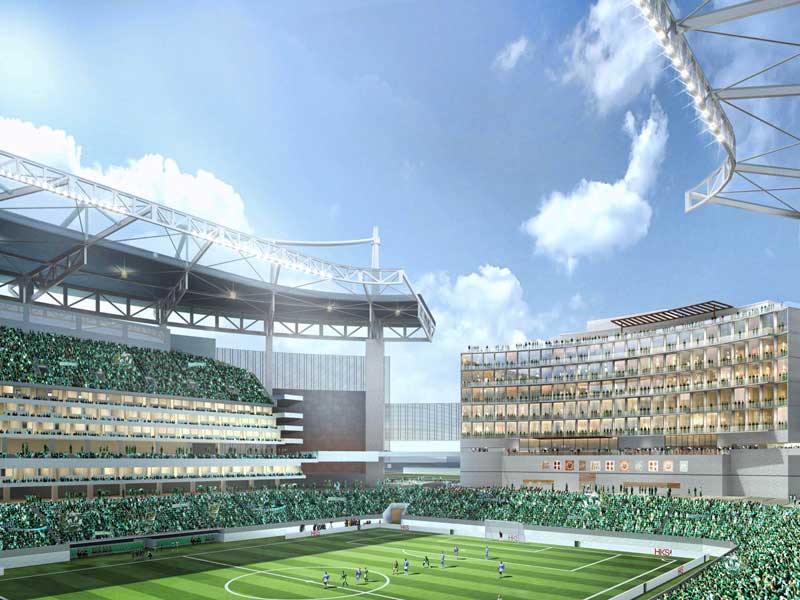