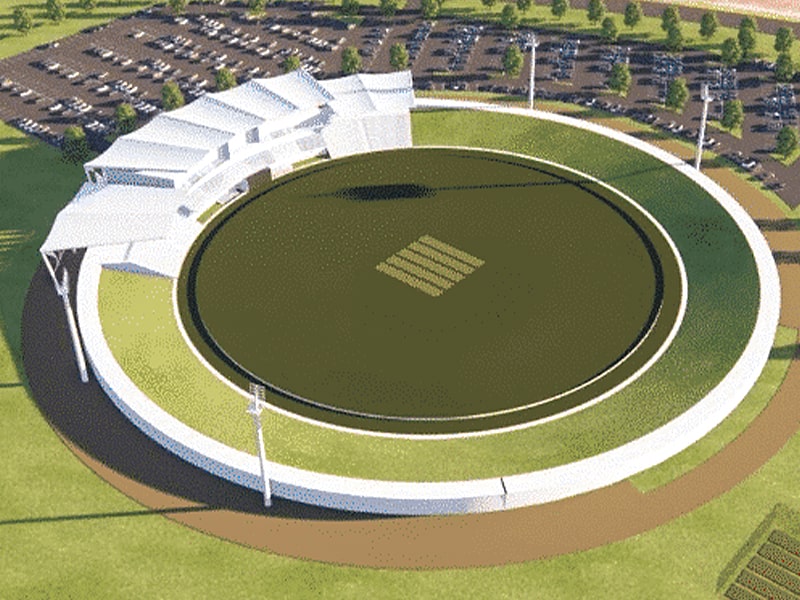 Major League Cricket (MLC) announced on April 29th the approval of an exclusive negotiating agreement (ENA) with the City of Irvine in California (US) to move forward with lease negotiations and design approvals to build a world class cricket venue on a 15-acre parcel at Great Park.

The ‘Major League Cricket’ stated that the development would see a significant multimillion dollar investment by MLC for stadium construction, with MLC planning to engage the internationally renowned architects HKS to design an iconic home for the sport in the Greater Los Angeles (US) metropolitan area.

The ENA was approved unanimously by the Irvine City Council on April 26th. The agreement marks a significant milestone towards the stadium development and outlines key dates and obligations over the next 12 months for both MLC and the City of Irvine to agree terms and the approvals required for the construction of a stadium with a planned capacity of 10,000 that can be further increased for major international events. The stadium would be home to MLC’s Southern California-based franchise, in the heart of one of the largest cricket-loving populations in the United States.

Major League Cricket (MLC) is the first professional Twenty20 cricket league in the world’s largest sports market. MLC, which is exclusively sanctioned by USA Cricket, represents the most ambitious and transformational venture ever undertaken in the American cricket landscape.

Exclusive Negotiation Agreement (ENA) means a legally binding agreement used to dispose of “surplus land” that binds a prospective buyer and seller under which neither can make any similar deals with the other’s competitors for a specified period.

The ‘Major League Cricket’ further stated that support for the proposed development at Great Park also comes from a founding investor in Major League Cricket, the Knight Riders Group (KRG), engaged with MLC on various aspects related to the launch of the league. KRG, owners of the Kolkata Knight Riders (KKR) in the Indian Premier League (IPL) and Trinbago Knight Riders (TKR) in the Caribbean Premier League (CPL), bring experience from one of the most successful brands in global T20 cricket to MLC.

This investment by KRG, which is led by Bollywood superstar Shah Rukh Khan, along with Bollywood actor Juhi Chawla and her husband Jay Mehta, is part of a strategic long-term investment by the group in the future of cricket in the United States.

Said Shah Rukh Khan, “Our investment in MLC in America is based on our belief in the exciting future of cricket in the USA and is well aligned to our strategy of establishing Knight Riders as a global brand in T20 cricket. Plans to build a world class cricket stadium in the greater Los Angeles area are exciting for us and the MLC. This will no doubt have a transformational impact for cricket in one of the world’s most iconic metropolitan destinations.”

The stadium plans include state-of-the-art training facilities, locker rooms, luxury suites, dedicated parking, concessions, field lighting, and an international-grade pitch to meet International Cricket Council (ICC) accreditation and allow the venue to host the highest level of international cricket competition. USA Cricket is expected to bid for future men’s and women’s World Cup tournaments, with the ICC Men’s T20 World Cup in 2024 already set to be co-hosted by the United States and the West Indies.

The ICC is bidding for the inclusion of cricket in the 2028 Olympic Games to be held in Los Angeles – if successful, the stadium at Great Park is expected to be a centerpiece venue for the event in Southern California.

Said Sameer Mehta and Vijay Srinivasan, Co-Founders, Major League Cricket, “MLC is committed to building outstanding infrastructure for cricket in key markets accessible to legions of cricket-loving fans. We’re grateful to the City of Irvine for agreeing to explore this development in the heart of Orange County. Great Park’s position as a hub for community recreation and its array of first-class sports facilities makes it an ideal location for the addition of a venue serving the local cricket-loving community and the broader Greater Los Angeles region with major international cricket events set to take place there.”

The Great Park, originally developed as a Marine Corps Air Station, spans approximately 1,300 acres with more than 200 acres developed and 688 fully funded acres in planning and design phases. It is home to the landmark Great Park Balloon and significant multipurpose sports and recreation facilities, including a 2,500-capacity Championship Soccer Stadium. The Great Park has become a central location for Southern California sports and fitness activities, with a sports complex featuring 24 soccer fields, a multipurpose recreation area and a Baseball and Softball Complex with 10 ball fields and two championship stadiums.

The City of Irvine is located in the heart of Orange County in California, home to more than three million people including an estimated 100,000 cricket fans with a further 200,000 more located in the nearby Los Angeles County. Two Minor League Cricket teams, the SoCal Lashings and Hollywood Master Blasters, along with thriving local adult and youth leagues in the area provide a significant base of grassroots support for cricket in the region.

Minor League Cricket (MiLC) is an American Twenty20 cricket developmental league for Major League Cricket which began play on July 31st, 2021, and ran until October 3rd, 2021. It was delayed from a mid-to-late 2020 start due to the COVID-19 pandemic. It consists of 27 teams from four regions.