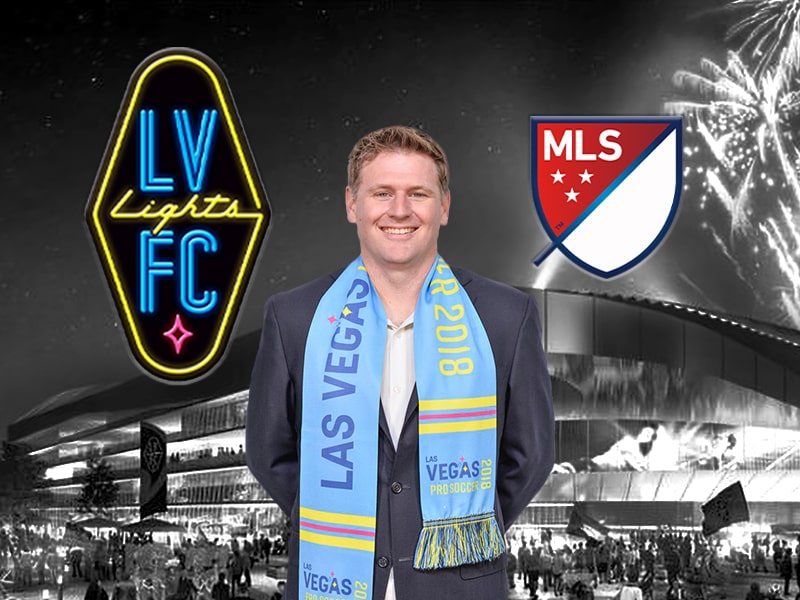 The 28th most populous city of United States – Las Vegas – is inching closer to getting a Major League Soccer (MLS) stadium. It would be a one-size-fits-all stadium – residential, retail and office space around the arena. Though everything is still very much in the nascent state, the Las Vegas City Council has recently green lighted a proposal to sign on the dotted line with California-based Renaissance Companies Inc. to chalk out a blueprint in the next six months for the venue plot – the 62-acre downtown Cashman Center site.

Founded in 1987, the Renaissance Companies Inc. is a construction management firm. The whole idea of MLS coming to Las Vegas got triggered with the success of the United Soccer League’s Las Vegas Lights FC. Lights FC owner Brett Lashbrook (who will speak at the Coliseum Summit US, August 28 and 29, Downtown Grand, Las Vegas, Nevada) who is in talks with the developers is ready to sell the USL franchise if the same succeeds. The 25,000-seat soccer-only stadium will house an MLS team at the Cashman Field site. The stadium will be sans a roof but will have a retractable field. Other ancillary developments will come up in and around the stadium.

MLS which boasts of 24 teams at present (Cincinnati joined this year) intends to expand to 30 teams in the near future. Miami and Nashville will be joining in 2020 and Austin in 2021, respectively. Sacramento and St Louis taking a shot as team 28 and 29 will leave Las Vegas to compete with contenders Charlotte, Detroit and Phoenix for the 30th spot.

Everything is still in a fledgling state and the financing plan is still not ready. Once Renaissance and the Las Vegas City Council gets everything ironed out on the stadium front, they will place a bid for the 30th MLS team – the Las Vegas Lights FC. The 180 days negotiation window (starting June 5, 2019) has been given to decide from where the money will flow for the project. Mayor Pro Tem Lois Tarkanian says that money is her only issue as she does not want taxpayers solely to fund stadium projects. Even Mayor Carolyn Goodman says that “lion share will have to be private money”. Renaissance company Chairman Floyd Kephart is not very sure about the outcome of the talks and said that “there is every likelihood that public money will be used for the project”. Half of MLS stadiums have been funded with a mix of public and private funds. The Cincinnati stadium was built with taxpayers’ money attributing for $35 million. Only one MLS stadium in the US – Toyota Park in the Village of Bridgeview – was entirely financed by the public.

The Las Vegas Lights FC (Cashman Fields is where they currently play) was formed in August 2017 and they made their USL debut last year. Pro-soccer advocate Brett Lashbrook and his family own 100 percent of the team. Lashbrook has agreed to sell the team in a bid to become a MLS franchise depending on Las Vegas City Council and the developers reaching an agreement, not MLS approval. ESPN confirmed a report that Boston-based American billionaire investor Seth Andrew Klarman will own the team.

Golden Knights owner Bill Foley has also set his sights on an MLS team and he feels that the under-construction Raiders Stadium could be used as the base. The hockey team owner says that just as they have been successful in hockey, they could be equally successful in soccer. Not only Bill Foley, but several other groups are eyeing a Vegas MLS expansion franchise. Project manager Renaissance does have competition in the form of Foley but does not seem to be perturbed. The City Council members are pretty sure that MLS will work in Las Vegas. The Lights have an average fan base of 7,593 per game which would surely get a huge boost if the team becomes an MLS franchise. Even if MLS decides not to come to Las Vegas, Cashman Center will still be redeveloped to MLS standards.

Las Vegas today wants not just to be US’ gambling and entertainment center, but also a sports hub. With NFL Raiders making an entry in 2020 and NHL Vegas Golden Knights’ arrival in 2017, the city is now an emerging sports market. As of now, only after the 180 days negotiating window is over, will a clear picture emerge as to who will occupy the 30th spot – Charlotte, Phoenix, Detroit or Las Vegas?