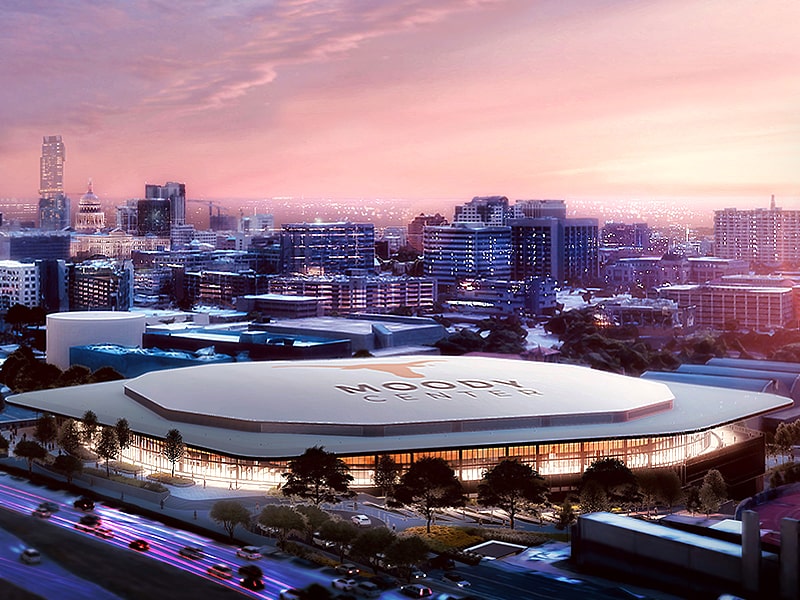 The 15,000-capacity Moody Center is a multipurpose arena on the campus of the University of Texas at Austin in Austin, Texas. The arena serves as the replacement to the Frank Erwin Center, was built on a former parking lot located immediately South of Mike A. Myers Soccer Stadium.

The big picture: American singer-songwriter John Mayer will be the first artiste to perform in the $338 million venue that seat 15,000 people. It replaced the 45-year-old 16,734-capacity Frank Erwin Center.

Details: The inside of the spacious arena offers a variety of bars, dining options, suites, and a public terrace that overlooks campus and downtown.

The ‘Axios Austin’ further stated that most attendees will arrive through the main entrance, where they can make their way to Tito’s Handmade Vodka Bar, which serves up craft cocktails near the front doors.

Visitors can eat local food, like Stubb’s Bar-B-Q and Tony C’s, and find drinks at the Milagro Tequila Bar and the Hennessy 1765 Bar.

The arena doesn’t accept paper tickets or cash. Tickets will be sent electronically to mobile devices.

Club memberships, which are currently sold out, have exclusive access to food and private bars within the Dell Technologies Club, Indeed Club and Germania Insurance Club.

Of note: Local artistes painted murals throughout the center, including Ryan Runcie, who blended the university and music in a vibrant mural depicting the ‘Hook ‘Em Horns’ hand sign and drum sticks.