Raiders to resound through Tavern & Grill 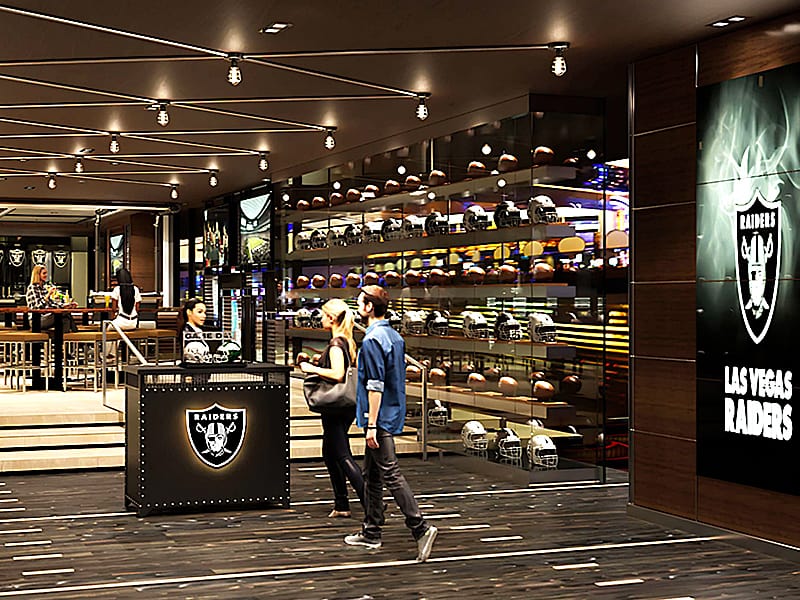 M Resort Spa Casino recently announced the official name of the highly anticipated Raiders-themed restaurant at the resort in Henderson (US). Raiders Tavern & Grill is scheduled to open its doors in by March 2021 and will enjoy more than 3,400 square feet of dining space as well as two bars, Raiders memorabilia and merchandise. Everything about the eatery will be Raiders.

raiders.com sources reported that M Resort Spa Casino is the official team hotel of the Las Vegas Raiders. It is a boutique hotel, spa and casino in Henderson, Nevada, owned by Gaming and Leisure Properties and operated by Penn National Gaming. The hotel includes a 92,000-square-foot (8,500 m2) casino and a 390-room boutique hotel. The hotel tower is 118.17 feet (36.02 m) tall.

The Las Vegas Raiders are a professional American football team based in the Las Vegas metropolitan area. The Raiders compete in the National Football League (NFL) as a member club of the league’s American Football Conference West division. Their residence is the 65,000-capacity Allegiant Stadium.

The unparalleled Raiders Tavern & Grill lends its design and atmosphere to the rich history of the Raiders and the real thrill of watching sports. Boasting more than 45 high-definition TVs, it will provide the perfect ambience to football fiends year-round.

M Resort Spa Casino will surely prove to be a new home away from home for the National Football League (NFL) fans – and a shot in the arm for the City.

Stated Raiders President Marc Badain, “The M Resort has been a great environment for the players, coaches, alumni and staff, so when discussion began to lend our name to a restaurant, it just made sense to look right here. With the launch of the Raiders Tavern & Grill, fans and the public at large will be immersed in the Silver & Black experience through décor and memorabilia while enjoying great food, drinks and service.”

raiders.com sources quoted M Resort General Manager Hussain Mahrous as stating, “We designed the Raiders Tavern & Grill to showcase the Las Vegas Raiders, and we’re proud to bring our partnership with this iconic organization to a new level. We look forward to welcoming Raider fans, sports lovers and all of our future guests to an amazing food, beer and cocktail experience here at M Resort.”

Since ‘Sin City’ is a gambling mecca, when the Raiders Tavern & Grill opens its doors, fans of ‘The Men in Black’ will also be able to commemorate the occasion by picking up their special edition Raiders-M Resort mychoice player cards for a limited time period.

Just like with most of the teams, 2020 was a disaster for the Raiders irrespective of the fact that they played the 2020-2021 NFL seasons, their first in Las Vegas, in the uber-sophisticated $2 billion Allegiant Stadium – as COVID-19 spelt doom on the world and continues to bludgeon the United States. Though it was hoped that with the opening of the jaw-dropping facility, tourism would get a huge leg-up, but that did not happen as the team played the entire season sans supporters. In solidarity, Raiders owner Mark Davis said he would not attend home games if fans could not.

forbes.com sources stated that fans may start to arrive when the Raiders Tavern & Grill opens by the end of March 2021. The restaurant looks like it will contain considerable amounts of Raiders memorabilia to appeal to the team’s international fan base. Perhaps it will include a nod to the Raiders latest Hall of Famer, Tom Flores, one of just two men to win NFL championships as a player, assistant coach and head coach.

The Raiders tavern will leave fans spoilt for choice – serving a wide variety of drinks, appetizers and main courses, including “stadium food items”. Patrons can enjoy homemade barbecue and pastas and southwestern options such as street tacos. Entrees will include seared salmon, wood-fired pizzas, braised short rib, steamed crab legs and pork chops. Diners can also build their own burger, grab a bite of sandwich or snack, or enjoy lighter fare like soups and salads.