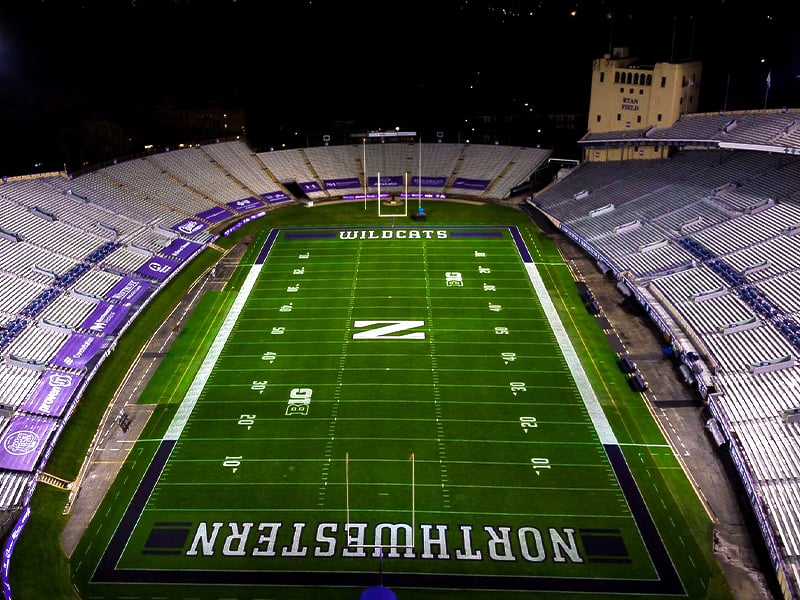 The Patrick and Shirley W. Ryan Family has made the largest single gift in Northwestern University’s history, a $480 million gift that will accelerate breakthroughs in biomedical, economics and business research and enable the University to redevelop Ryan Field and construct a best-in-class venue for the Northwestern community.

The ‘Northwestern University’ stated that the transformative gift pushed ‘We Will. The Campaign for Northwestern’ over the $6 billion mark, making it one of the largest fundraising campaigns in the history of higher education. The ‘We Will’ Campaign, which concluded on June 30th, raised $6.1 billion from 174,380 donors. By generating support for strategic university priorities, the Campaign amplified Northwestern’s local and global impact and provided substantial support for campus life, financial aid, facilities, research and schools, and units across the university.

The 47,130-capacity Ryan Field is a stadium in Evanston, Illinois, a suburb North of Chicago. Near the campus of Northwestern University, it is primarily used for American football, and is the home field of the Northwestern Wildcats of the Big Ten Conference. It is the only Football Bowl Subdivision (FBS) stadium without permanent lighting.

The ‘Northwestern University’ further stated that the Ryan Family’s latest gift builds upon their unwavering commitment to furthering strategic initiatives that contribute to Northwestern’s trajectory as a top-tier academic institution. The Ryan Family was already the largest benefactor in Northwestern’s history before this new gift. Their philanthropic support has benefited areas across the University, including scientific research, faculty, academic programs, student access and success, performing arts, and athletics.

The Ryans’ historic new gift will support the redevelopment of Ryan Field.

The Northwestern President, Morton Schapiro, said, “I am immensely grateful to Pat and Shirley Ryan and their family for their extraordinary generosity and leadership over many years, which has propelled Northwestern to new heights as a leading research University. The Ryan Family’s new gift will have a profound and lasting impact on faculty and student opportunities. Additionally, our student-athletes, coaches, fans and the community will benefit from their support of Northwestern Athletics and Recreation for many years to come.”

An important goal of the redevelopment is to exceed Americans with Disabilities Act (ADA) requirements and make the stadium exceptionally accessible and welcoming to all attendees. The project also will focus on environmental sustainability opportunities.

The multiyear construction process will provide an economic boost for the City of Evanston (Illinois) through job creation and increased revenue. Northwestern is committed to transparency and collaboration with Evanston neighbors throughout the construction process. The University will conduct listening sessions with community members before releasing design concepts and more specific plans.

Said Dr. Derrick Gragg, Combe Family Vice-President for Athletics and Recreation, “We deeply appreciate the Ryan Family’s enduring dedication to our student-athletes. The impact of their visionary generosity on past, present and future Wildcats is truly incomparable. The rebuilt Ryan Field will be a world-class venue befitting this institution’s pursuit of excellence in all areas.”

Originally constructed in 1926 and expanded in 1949 and 1952, Ryan Field underwent an extensive renovation in 1997, supported by a leadership gift from the Ryan Family. Northwestern football has won two of the last three Big Ten West Division championships and four consecutive Bowl games including the 2021 Citrus Bowl.

Affirmed Pat Ryan, “Shirley and I believe in the power of sports to develop the whole person – mind, body and soul for all students. This holistic approach prepares Northwestern student-athletes to be the leaders of tomorrow. And as longtime fans of all Wildcat teams, we have seen firsthand how powerful Northwestern Athletics can be in building community.”

The Ryans have long been active supporters of Northwestern Athletics and Recreation, including the following venues:

Patrick G. Ryan is a 1959 Northwestern graduate. He received his undergraduate degree in business from what was then called the School of Business and now is named the Kellogg School of Management. He also received an honorary degree from the University in 2009 in appreciation for his 14 years of service as Chairman of Northwestern’s Board of Trustees. In 2013, he was inducted into Northwestern’s Athletics Hall of Fame.

Patrick Ryan is distinguished as one of Chicago’s most successful entrepreneurs and prominent civic leaders. His first business venture while a student involved selling scrapbooks to fellow students, which paid for his Northwestern education. In 2010, Ryan founded the Ryan Specialty Group, a rapidly growing service provider of specialty products and solutions for insurance brokers, agents and carriers. He currently serves as Chairman and CEO of Ryan Specialty Group Holdings, Inc., which completed its initial public offering in July 2021. The company’s shares trade on the New York Stock Exchange.

Shirley Ryan is nationally recognized for her 40-year work to advance the infant brain’s innovative capacity to learn motor milestones. Two US Presidents have appointed her to the National Council on Disability. She co-founded and for 33 years chaired Pathways Center, a pediatric multidisciplinary clinic. She also founded the Pathways Medical Round Table to guide content for Pathways.org. This website and social media platform receives 10 million users annually and is trusted by 300 institutions of higher learning.

Today, she is on the Board of Directors of the Shirley Ryan AbilityLab, formerly the Rehabilitation Institute of Chicago (RIC), which, for the 33rd year, is recognized as number one in the US and a global leader in physical medicine, rehabilitation and translational research.