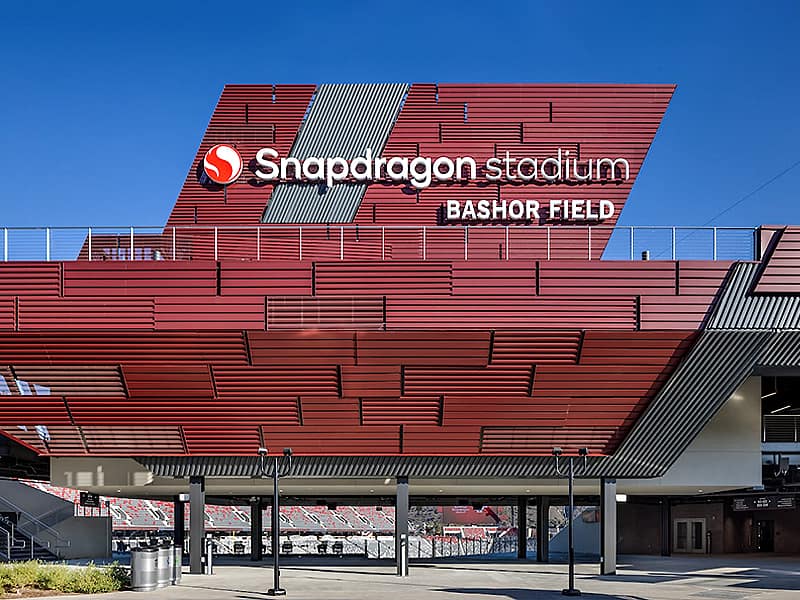 The National Lacrosse League (@NLL), the world’s largest and most successful professional lacrosse league, and the lacrosse team San Diego Seals announced recently that the Seals’ March 4th, 2023 game against their peer team the Las Vegas Desert Dogs will be staged outside at San Diego’s (US) new Snapdragon Stadium, the first regular season outdoor game in the history of the NLL. The game will be played at 4:30 pm ET/1:30 pm PT and will be distributed live on ESPN+, TSN.ca and the TSN app. Additionally, the game will reair the same day on ESPNU at 11:00 pm ET/8:00 pm PT.

‘National Lacrosse League’ quoted Brett Frood, NLL Commissioner, as stating, “Our goal for the NLL and for the sport of lacrosse is to continue to increase awareness, enthusiasm and enterprise value well beyond where it exists today. This epic setting gives us another unique opportunity to showcase our world-class athletes and onfield product, and not only engage with our core audience but attract diverse sports’ fans in search of new entertainment passions. We are looking forward to working with the Seals and all our supporters in Southern California to making this an event to remember.”

The San Diego Seals are a team in the National Lacrosse League (NLL), the world’s only professional box lacrosse league. The league prepares for the 36th anniversary season and ranks third in average attendance for professional indoor sports worldwide behind the NBA and the NHL.

The Snapdragon Stadium in San Diego, California (US) is a 35,000-seat multipurpose venue owned by the San Diego State University (SDSU) and managed by OVG360. As part of SDSU Mission Valley, the Snapdragon Stadium serves as a year-round entertainment destination and hub of community engagement. The venue is designed to achieve Leadership in Energy and Environmental Design (LEED) Gold certification and manages sustainability efforts as a top priority.

Said Seals President Steve Govett, “The Seals have been working on this event for a long time now, and we’re very excited to see this idea come to life. It’s crazy that in the 36-year history of the league this has never been done before. We can’t wait to build our box on the field of Snapdragon and play in the San Diego sunshine. Let’s take this outside!”

Added Adam Millar, General Manager of Snapdragon Stadium, “We’re honored to host the Seals first ever outdoor NLL game. Looking forward to seeing another amazing San Diego team out on our field, and excited to welcome a whole new set of fans to the stadium!”

This will be a weekend celebration of lacrosse in San Diego that lacrosse fans around Southern California will not want to miss. Broadcast talent and other events connected to the game will be announced in the coming weeks.