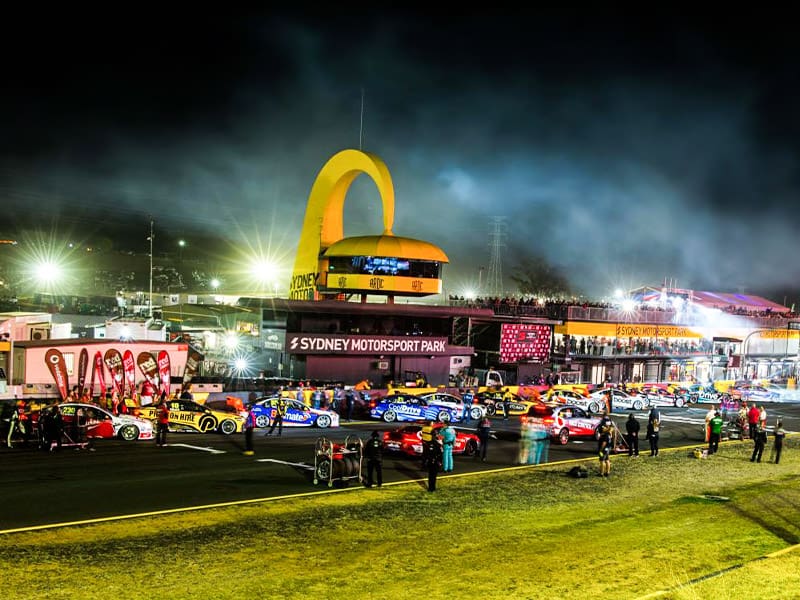 Sydney Motorsport Park has embarked on major repurposing work to establish its status as Australia’s number one motorsport venue.

The price tag of the rehabilitation work stands at A$33 million which also includes A$11 million in enhancements for Sydney International Dragway, A$6.4 million to construct a Motor Sports Centre of Excellence and work to find an operations site for Motorcycling NSW – a new Sydney-based Supercars team. The $33 million investment is being done by the NSW Government. The development also includes setting up 132 LED lighting poles.

The whole lighting project will transform the metropolitan motorsport complex into the ‘Silverstone of the Southern Hemisphere’.

New South Wales’ Deputy Premier John Barilaro said it is a new era of racing and the 2020 lighting project at Western Sydney Motorsport precinct could not have come at a better time – “We know that COVID-19 is taking its toll on this State, and racing is a real morale boost for those isolating at home, and so it will be fantastic when motorsport gets back on track.”

Acting Minister for Sport Geoff Lee informed that the facility of permanent lighting is now being set up which will facilitate night racing in Eastern Creek – “NSW motorsport fans are passionate and deserve the best and we are delivering on our election promise to fund these terrific precinct improvements.”

Lee added, “There are 134 lighting poles being installed with world class LED technology used on tracks like Daytona in the United States and Sepang in Malaysia.”

Ayres further maintained, “It will also give NSW motorsport fans what they have been craving with more world-class motor racing events on their doorstep.”

Informing that Sydney Motorsport Park is one of the busiest tracks in the world with a 96 percent occupancy rate, Australian Racing Drivers Club CEO Glenn Matthews remarked, “Lighting allows us not only to fit even more events into our busy calendar but also opens doors for substantial opportunities to further grow the Western Sydney night economy.”

With the lighting upgrade, the Sydney Motorsport Park will become the country’s first permanent racetrack to host night racing – which will pave the way for return of Supercars and perhaps Superbikes.

Supercars boss Sean Seamer said seeing the project come to life is fantastic for Supercars and its fans.

“To be able to race at night under permanent lights here at Sydney Motorsport Park is something we’ve been working towards for a long time. We look forward to getting on track as soon as possible,” he said.

Once complete, Sydney Motorsport Park’s Brabham straight will be lit to the tune of 800LUX and have the ability to change colors, while the rest of the circuit will be lit to a minimum of 400LUX.

As the COVID-19 curse has thrown off the track Sydney Motorsport Park’s regular operations, this is now the right time to get the 2020 lighting project moving, in turn generating more than 100 jobs and supporting local manufacturing in the process.

Sydney Motorsport Park last staged a popular Supercars night event in 2018 by employing temporary lighting (the first Supercars night race in some 20 years), but the circuit was left off the 2019 schedule altogether.

Sydney Motorsport Park will relaunch the Supercars season with a two-day TV-only event on June 27-28, with drivers and team personnel traveling to Sydney on special chartered flights from Brisbane and Melbourne.

Once the lighting project is through, the Sydney Motorsport Park will be the only major in-use racing circuit with permanent lighting allowing for night racing. The Calder Park Thunderdome in Australia pioneered night racing back in the 1990’s. However, it is no longer in use for professional racing, while the former Oran Park Raceway (in Sydney) also held night events around the same time.