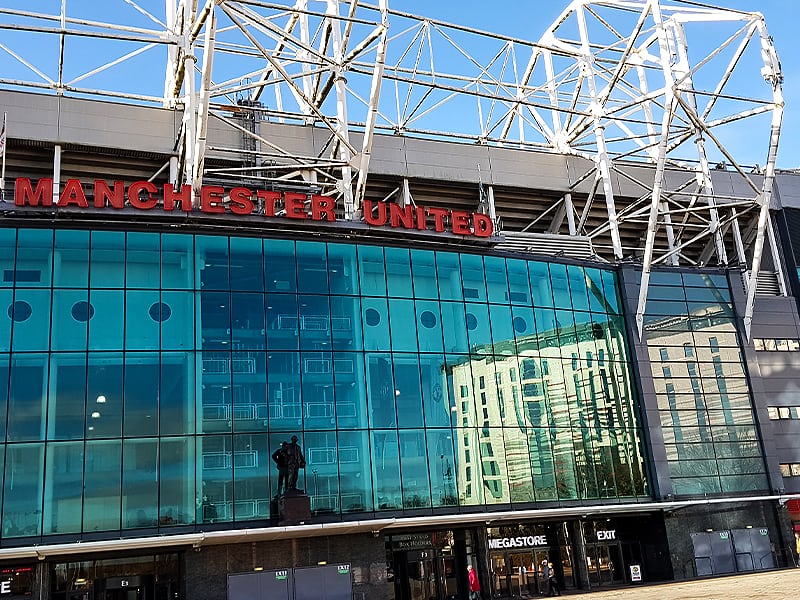 The Premier League team Manchester United (UK) have opened discussions on a major redevelopment of their home facility – Old Trafford – that could see capacity increase to more than 80,000.

The ‘BBC Sport’ stated that significant improvement to the Sir Bobby Charlton Stand is expected.

The ‘BBC Sport’ further stated that criticism of Old Trafford – England’s biggest club ground at 74,140 – has grown in recent years, issues including leaks from the roof of the Charlton Stand.

The stadium as a whole has not had significant development since 2006.

Since then, the Premier League teams Manchester City F.C., Arsenal F.C. and, most recently, Tottenham Hotspur F.C., have all moved into new stadiums. The Premier League team Liverpool F.C. are in the process of modernizing their residence – the 53,394-capacity Anfield, having completed major work in 2016 and have plans to increase the capacity of the Anfield Road end of the ground in time for the 2023-2024 seasons.

The Premier League team Chelsea F.C. shelved a massive expansion plan for their home ground – the 41,837-capacity Stamford Bridge following the political stand-off that prevented Chelsea owner Roman Abramovich attending matches because of visa issues since 2018, while the Premier League team Everton FC have begun work on a 52,888-capacity stadium (Bramley-Moore Dock Stadium) that is planned to open in 2024-2025.

Manchester United Co-Chairman Joel Glazer is aware of the issues, saying at a Fans Forum meeting recently that “early-stage planning work” for the redevelopment of Old Trafford and the club’s Carrington training ground was underway.

It is reported that initial meetings have taken place with a number of interested parties, with Manchester United keen to explore different ideas for improvement of the entire footprint around the stadium, including the South Stand, which was renamed after former player Charlton in 2016.

Discussion about redevelopment of that part of the ground has tended to revolve around the prohibitive cost of building over the railway line, which is directly behind it, and the impact on houses beyond that.

However, improvements in construction materials mean the work could now be done without that expense.

It is thought any upgrade would also include work to enhance the media and broadcast facilities, plus additional hospitality areas, which are regarded as essential to make the project financially viable.

No timescale has been put on the process.