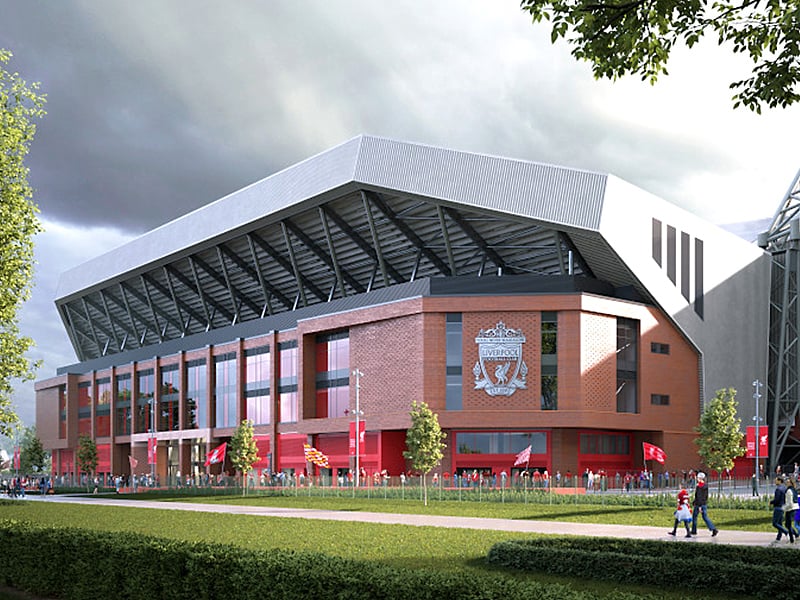 Plans for the proposed redevelopment of the Anfield Road Stand (UK) were given the go-ahead by Liverpool City Council’s Planning committee on Monday.

‘Liverpool FC’ stated that the redevelopment, which was given nod from the City’s Planning Committee, will increase the facility’s capacity by around 7,000, taking Anfield’s overall capacity to more than 61,000.

The Liverpool Football Club is a professional football club in Liverpool, England (UK), which competes in the Premier League, the top tier of English football.

The Anfield Road Stand, on the left side of the Main Stand, houses the away fans during matches (away fans are supporters of the team that is not playing at their own ground, almost always fewer in number than the home fans).

‘Liverpool FC’ further stated that as part of the application, the club has also been awarded permission to hold up to six concerts and major events at the arena for a period of five years.

The plans for the proposed Anfield Road Stand were the subject of two stages of public consultation with local residents, businesses, fans, and stakeholders.

The first stage included the permanent closure of a small section of Anfield Road, in tune with the original planning permission granted in 2014. After listening to feedback on this option, the club made changes to the plans.

A second stage of consultation was held in February 2020, where the club presented new and updated plans to keep Anfield Road open, with the road realigned around the footprint of the proposed expanded Stand.

Andy Hughes, Managing Director, Liverpool F.C., stated, “This is a huge milestone in our journey towards bringing more supporters into Anfield. We underwent a rigorous two-stage public consultation period during the planning process for this project and I would like to thank everyone who has offered a contribution to that. We have been clear from the beginning that this expansion would be based on our ability to successfully navigate the complex planning landscape, our ability to gain cooperation of local residents and the community, and our ability to ensure the project is financially viable.”

Added Hughes, “In what has been a very unpredictable year, we are seeking certainty in order to progress with this project and there are still some steps we need to take to get there.”