San Diego’s Sports Arena revamp work in Midway District (US) is back to square one after the city was told that it may be out of compliance with California law.

‘NBC San Diego’ stated that the city received notice from the State that the proposed development is likely in violation of the Surplus Land Act, prompting San Diego Mayor Todd Gloria to announce on June 17th that he intends to begin a new bid process for the site prioritizing affordable housing and in tune with the law.

In a statement issued on June 17th, Gloria blamed the previous Mayoral administration for the “flawed real estate deal” that left San Diegans “with little to show for a significant investment of time and resources”.

Aimee Faucett, Faulconer’s former Chief of Staff, said Government regulations were at fault for the plan’s failure – as did the Mayor’s former Communications Manager in a thread on Twitter.

Faucett stated, “All decisions made by Mayor Faulconer’s administration on the arena’s redevelopment were done in direct consultation with the City Attorney’s office. This is another example of California’s State Government regulations making it harder for communities to undertake major developments. The State released its guidelines for the Surplus Land Act in November 2020, after the invitation to redevelop the Sports Arena site, after a winning bidder was selected and after Measure E was passed, lifting the height limit. San Diego deserves a world-class sports arena along with all of the economic benefits that come with it.”

The Surplus Land Act was updated in 2019 via an executive order inked by the Governor of California Gavin Newsom to ensure that developments on excess State land included affordable housing. The law took effect in January 2020, with draft guidelines issued in the months prior alerting local agencies that they must submit notices of their surplus land, according to the State.

The Surplus Land Act aims to connect developers who are interested in building more affordable homes to surplus local public land that is both available and suitable for housing development.

In April 2021, the State Department of Housing and Community Development (HCD) finalized its guidelines for the Surplus Land Act. That’s when the City – now led by Gloria – requested a review of the Sports Arena development plan. The HCD concluded the City may be in violation of the Surplus Land Act because it did not properly follow the Act’s declaration and noticing procedures.

Added Gloria, “I am committed to work quickly to restart this process in compliance with the Surplus Land Act. It is critical that we do not squander this once-in-a-generation opportunity to build a modern arena through a process that prioritizes the affordable housing our region desperately needs.”

Gloria intends to bring an item before the City Council next month to restart the process.

The Sports Arena redevelopment area encompasses about 48 acres in the Midway-Pacific Highway Community area. In 2010, the City and local community members began updating the Midway-Pacific Highway Community Plan, which serves as a blueprint for the future development of the neighborhood. The plan envisioned is the Sports Arena Community Village, which would incorporate a mix of entertainment, office, retail, residential, public, and park uses.

Brookfield Housing developed and operates venues like the 20,000-capacity STAPLES Center in Los Angeles (US) and the 20,000-capacity The O2 in London. ASM Global is the venue management company that currently operates Pechanga Arena San Diego (formerly known as the Sports Arena).

The redevelopment was to include a 5-acre park and public recreation space with transit links to local beaches and neighborhoods, at least 2,100 residential units, nearly 600,000 square feet of commercial and retail space and the addition of 1,800-2,100 parking spaces for residential/mixed-use and 3,000-5,400 spaces for commercial/arena use. 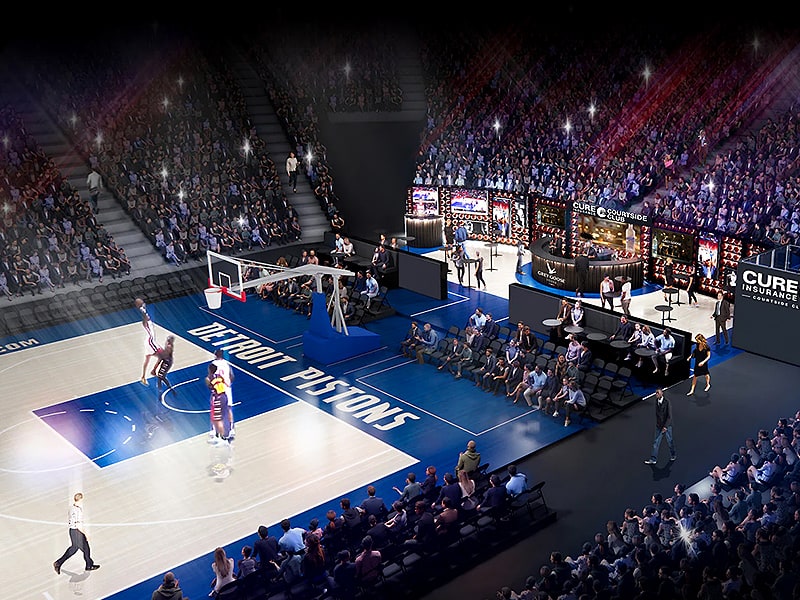