Will it be ‘shake’-up for ‘The Shakers’ home? 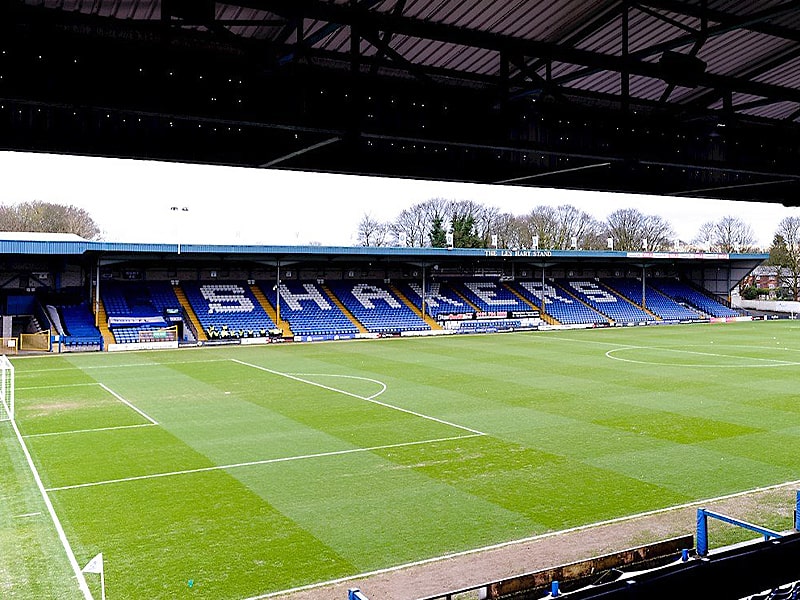 The English association football club Bury F.C’s (UK) Gigg Lane Stadium has been put up for sale by administrators in bid to “secure the future of football” at the 12,000-seater facility.

‘BBC Sport’ stated that the club entered administration in November last year with a view to finding new ownership and potentially obtaining readmission to the football pyramid.

The 12,500-capacity Gigg Lane is an all-seater football stadium in Bury, Greater Manchester (UK). One of the world’s oldest professional football stadiums, it was built for Bury F.C. in 1885 and has been their home ever since.

The Bury Football Club is an English association football club based in Bury, Greater Manchester (UK), whose team last played in the English Football League (EFL) League Two, the fourth tier of English football, during the 2018-2019 seasons. Known as ‘The Shakers’, the team play in white shirts and navy blue shorts. Presently, the club plays in no league and was expelled from the EFL in 2019.

‘BBC Sport’ further stated that the decision to sell could bring new hope to fans’ groups aiming to revive the club at their 136-year home.

Administrator Steven Wiseglass – who is a Licensed Insolvency Practitioner and Personal Debt Adviser – hopes to secure “a best possible outcome”.

Stated Wiseglass, who represents Inquesta Corporate Recovery & Insolvency, “Bury F.C. is a club with a rich history and a loyal and enthusiastic fan base, and I do hope that a suitable buyer will be forthcoming to secure the future of football at Gigg Lane. It is understood there may be an offer from a community interest group to purchase the stadium and trading name as a result of the Chancellor’s (Rishi Sunak) announcement in the recent budget to provide matched funding for purchasing assets of community interest.”

Added Wiseglass, “There are other potential parties interested in acquiring the business and assets, and I am liaising with them.”

Bury’s most recent game at Gigg Lane was the final match of the 2018-2019 seasons, when the Shakers drew 1-1 League Two team Port Vale F.C. en route to promotion from League Two.

The stadium is a freehold, meaning all land and buildings are included as responsibility to whoever purchases it.