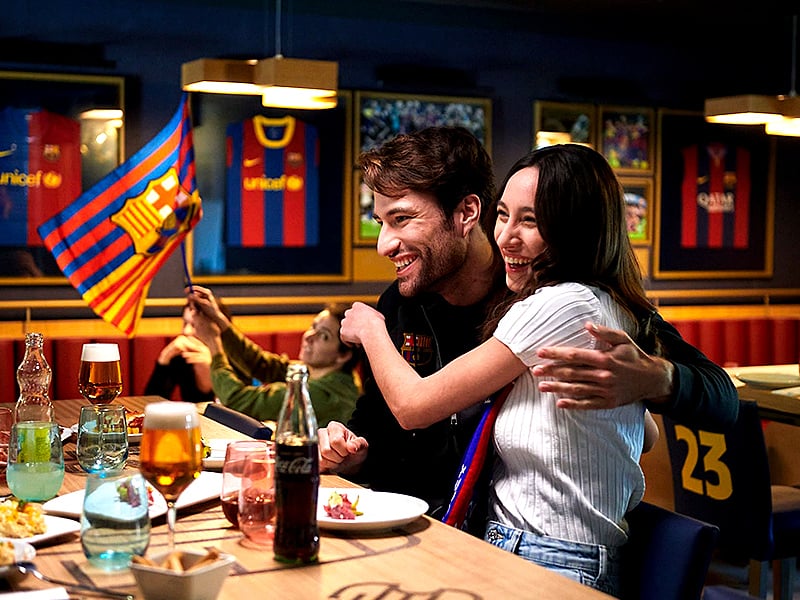 Culers – fans of LaLiga club FC Barcelona (Spain) – have other reasons too to flock to the Barça residence – Camp Nou – apart from watching their sporting heroes in action. Especially fans who love to tickle their taste buds.

‘FC Barcelona’ stated that a Barça-themed sports bar with a whole range of leisure and entertainment activities apart from boasting mouthwatering dishes and the pick of beverages – opened its doors to the people on May 15th, 2021. On May 14th, the bar was inaugurated by the FC Barcelona President, Joan Laporta, in the presence of other members of the FC Barcelona Board. The inaugural ceremony was also attended by the Serunion group that is running the bar and Juan Carlos and Borja Iglesias brothers have designed the menu.

Serunion is one of the leading companies in the Spanish catering sector and has an excellent reputation for promoting healthy, sustainable eating habits.

‘FC Barcelona’ further stated that Barça Cafe is part of the club’s bid to offer the very finest cuisine at Camp Nou, and has been illuminated in the ‘Blaugrana’ colors (blue and deep red) to showcase the best of Catalan (a native of Catalonia in Spain) gastronomy in the form of dishes inspired by tastes of the players themselves.

With room for 170 people on more than 500 m2 of floor space, it sits at one of the most vantage points in the facility – the Boulevard – right beside the entrances to the museum and club store. It will prove to be the high point of Rambla del Barça (street in Barcelona) in the future when reconfiguration work of the whole area starts from the latter half of this year.

« Previous News: Will it be ‘shake’-up for ‘The Shakers’ home?
» Next News: ‘Red Dragons’ set the stage for digs rejig