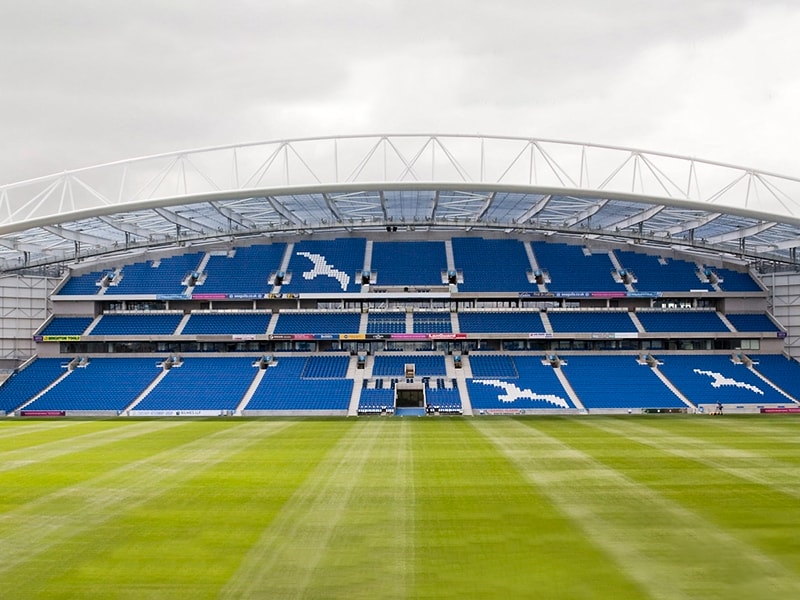 ‘SussexLive’ stated that the Brighton & Hove Albion F.C. will play a home game against their peer team Aston Villa F.C. on November 13th.

When the final whistle blows for that match, the Sussex side’s next scheduled fixture is at Southampton in Hampshire, Southern England, on Boxing Day (December 26th). While the players will either be heading off to the World Cup with their respective countries or preparing for the resumption of the season, Barber says work to make changes to the stadium will soon commence.

The Brighton & Hove Albion Football Club, commonly referred to simply as Brighton, is an English professional football club based in the City of Brighton and Hove, UK. They compete in the Premier League, the top tier of the English football league system.

The 31,800-capacity Falmer Stadium, known for sponsorship purposes as the American Express Community Stadium and also referred to as the Amex, is a football stadium in the village of Falmer, in the City of Brighton and Hove, East Sussex, UK. It serves as the home arena of the Brighton & Hove Albion Football Club.

The Boxing Day is a holiday celebrated after Christmas Day, occurring on the second day of Christmastide. Though it originated as a holiday to give gifts to the poor, today Boxing Day is primarily known as a shopping holiday and will be celebrated on December 26th, 2022.

In his Chelsea program notes, Brighton’s Deputy Chairman said the South Coast outfit will introduce a new hospitality experience called the tunnel club, upgrades will be made to the branding and signing at the ground, and more food, drink and entertainment facilities will be introduced outside the Amex too.

‘SussexLive’ further stated that Barber said Albion wanted to use the World Cup break to minimize any inconveniences supporters have when heading to the stadium but this won’t all be completed this year. He added that subject to budget restrictions, these phased works will happen over the next year or so.

Wrote Barber, “As much as most of us love the World Cup, playing it in the middle of our season certainly doesn’t feel right. The break does, however, allow us to commence some important works in the stadium. First, the initial construction phase for our new tunnel club, a new experiential hospitality experience that will take fans to the very heart of our matchday football operations in the tunnel area, with seats behind our dugouts, secondly, to prepare for upgrades and improvements to our club branding and signage around the stadium, and thirdly, to prepare for works to introduce new outdoor food, drink and entertainment facilities at the Amex. Our aim is to use the enforced and extended winter break to ensure we can minimize, or ideally eliminate as far as possible, any inconvenience or disruption to fans while these various preparatory works to improve our stadium facilities and environment are carried out.”

The top shot further wrote, “We anticipate that the remainder of the various works we are commencing will be carried out in a coordinated and phased process over the following 12 and 18 months, subject to budget.”