Appetize acquisition ‘spot on’ for SpotOn 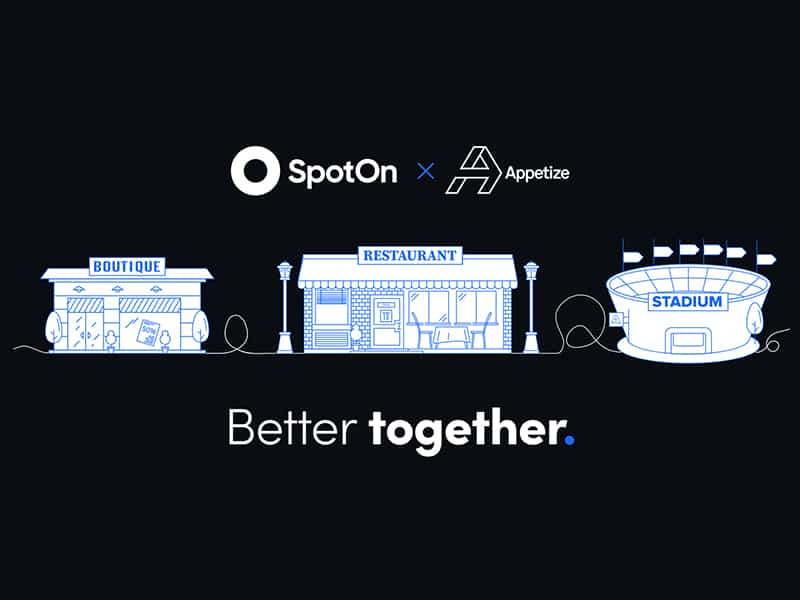 Last year at this time, software company SpotOn was on the brink of announcing a $60 million Series C funding round at a $625 million valuation.

The ‘TechCrunch’ stated that fast-forward to almost exactly one year later and a lot has changed for the payments and software startup.

San Francisco (US)-headquartered SpotOn powers small and midsize businesses with the digital tools they need to run and grow, supported by personal service and delivered at a fair price. SpotOn offers merchant services, integrating marketing and payments with a simple platform.

On September 13th, SpotOn said it has closed on $300 million in Series E financing that values the company at $3.15 billion – more than 5x of its valuation at the time of its Series C round, and significantly higher than its $1.875 billion valuation in May (yes, just three and a half months ago) when it raised $125 million in a Series D funding event.

Andreessen Horowitz (a16z) led both the Series D and E rounds for the company, which says it has seen 100 percent growth year over year and a tripling in revenue over the past 18 months. Existing investors DST Global, 01 Advisors, Dragoneer Investment Group, Franklin Templeton, and Mubadala Investment Company too doubled down on their investments in SpotOn, joining new backers Wellington Management and Coatue Management. Advisors Douglas Merritt, CEO of Splunk, and Mike Scarpelli, CFO of Snowflake, also made individual investments as angels. With the new capital, SpotOn has raised $628 million since its inception.

The ‘TechCrunch’ further stated that the latest investment is being used to finance the acquisition of another company in the space – Appetize, a digital and mobile commerce payments platform for enterprises such as sports and entertainment venues, theme parks and zoos. SpotOn is paying $415 million in cash and stock for the Los Angeles-based company.

Appetize is the digital commerce solutions for food, beverage and retail. Appetize provides the technology that allows enterprise brands to thrive now – and into the future.

Since its 2017 inception, SpotOn has been focused on providing software and payments technology to Small and Medium Businesses (SMBs) with an emphasis on restaurants and retail businesses. The acquisition of Appetize extends SpotOn’s reach to the enterprise space in a major way. Appetize will go to market as SpotOn and will work to grow its client base, which already includes an impressive list of companies and organizations, including Live Nation, LSU, Dodger Stadium, and Urban Air.

In fact, Appetize currently covers 65 percent of all major league sports stadiums, specializing in contactless payments, mobile ordering and menu management. So for example, when one is ordering food at a game or concert, Appetize’s technology makes it easier to pay in a variety of contactless ways through point of sale (POS) devices, self-service kiosks, handheld devices, online ordering, mobile Web, and application programming interface (API) integrations.

SpotOn is taking on the likes of Square in the payments space. But the company says its offering extends beyond traditional payment processing and point-of-sale software. Its platform aims to give SMBs the ability to run their businesses “from building a brand to taking payments and everything in between”. SpotOn’s goal is to be a “one-stop shop” by incorporating tools that include things such as custom website development, scheduling software, marketing, appointment scheduling, review management, analytics, and digital loyalty.

The combined company will have 1,600 employees -1,300 from SpotOn and 300 from Appetize. SpotOn will now have over 500 employees on its product and technology team, according to its Co-Founder and Co-CEO Zach Hyman. It will also have clients in tens of thousands, a number that SpotOn says is growing by “thousands more every month”.

The acquisition is not the first for SpotOn, which also acquired the software company SeatNinja last year and the entertainment company Emagine in 2018.

But in Appetize it saw a company that was complementary both in its go-to-market and tech stacks, and a “natural fit”.

Added Hyman, “SMEs are going to benefit from the scalable tech that can grow with them, including things like kiosks and offline modes, and for the enterprise clients of Appetize, they’re going to be able to leverage products like sophisticated loyalty programs and extended marketing capabilities.”

SpotOn was not necessarily planning to raise another round so soon, Hyman added, but the opportunity came up to acquire Appetize – “We spent a lot of time together, and it was too compelling to pass up.”

For its part, Appetize – which has raised over $77 million over its lifetime, according to Crunchbase – too saw the combination as a logical one.

Maintained Appetize CEO Max Roper, “It was important to us to retain a stake in the business. We were not looking to cash out. We are deeply invested in growing the business together. It’s a big win for our team and our clients over the long term. This is a rocketship that we are excited to be on.”

No doubt that the COVID-19 pandemic only emphasized the need for more digital offerings from small businesses to enterprises alike.

Continued Hyman, “There has been a high demand for our services and now as businesses are faced with COVID resurgence, no one is closing down. So, they see a responsibility to install the necessary technology to properly run their business.”

One of the moves SpotOn has made, for example, is launching a vaccination alert system in its reservation management software platform to make it easier for consumers to confirm they are vaccinated for Cities and States that have those requirements.

Clearly, a16z General Partner David George too was bullish on the idea of a combined company. He said that the two companies fit together “extremely nicely”.

Added George, “It felt like a no-brainer for us to want to lead the round, and continue to support them.”

Since first investing in SpotOn in May, the startup’s growth has “exceeded” a16z’s expectations, he added.

He further observed, “When companies are growing as fast as it is organically, they don’t need to rely on acquisitions to fuel growth. But, the strategic rationale here is so strong, that the acquisition will only turbocharge what is already high growth.”

While the Series E capital is primarily funding the acquisition, SpotOn continues to double down on its product and technology.

Hyman wrapped up by stating, “This is our time to shine and invest in the future with forward-thinking technology. We’re thinking about things like how are consumers going to be ordering their beer at a Dodgers game (Major League Baseball [MLB] team Los Angeles Dodgers) in three years? Are they going to be standing in line for 25 minutes or are they going to be interacting and buying merchandise in other unique ways? Those are the things we’re looking to solve for.”

Appetize acquisition ‘spot on’ for SpotOn 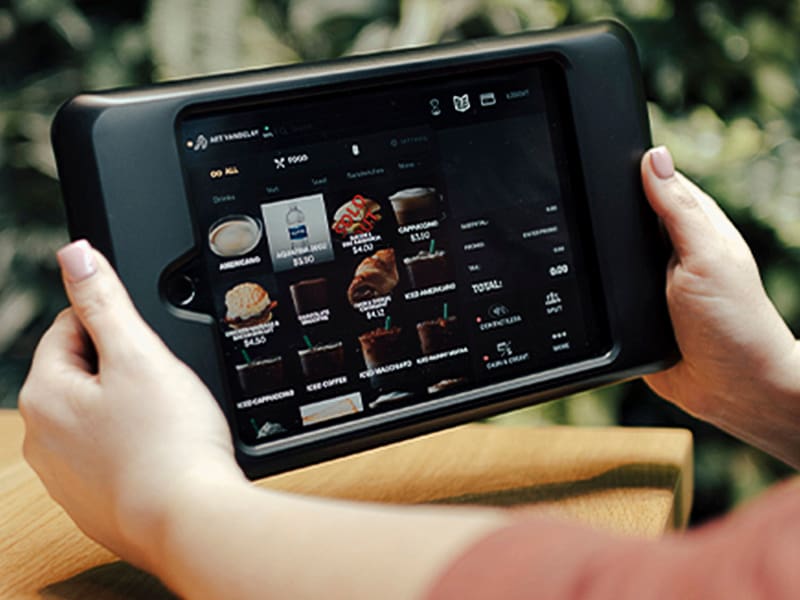