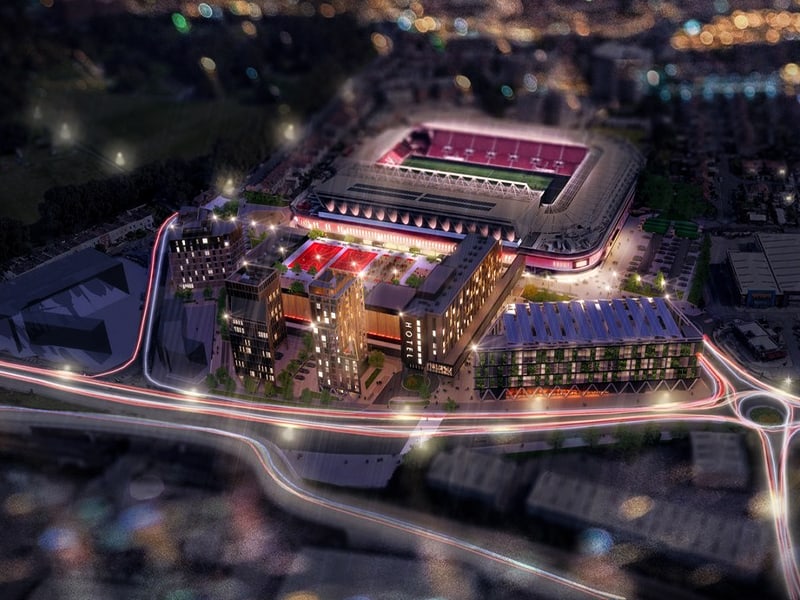 Proposals to build a 3,626-seater Sports and Convention Centre next door to the Ashton Gate Stadium along with 510 much-needed homes on the former landfill site known as Longmoor (UK) were approved on September 5th by the Bristol City’s Planning Committee.

‘Bristol Sport’ stated that reacting to the Council’s decision to pass both the planning applications, Martin Griffiths, Chairman of Ashton Gate Stadium, said, “After four years of consultation and engagement, it was great to see the support for these proposals. To have the councilors approve both sets of planning applications for the Sporting Quarter and Longmoor will provide a once in a lifetime opportunity for sport in this City. To be able to ensure the future financial sustainability of the Flyers Basketball team by providing them with their own home at BS3, and to be able to expand on the incredible work that our community foundations already deliver is fantastic. The Sporting Quarter will be a catalyst for expansion and regeneration in South West Bristol. It will drive local jobs, the local supply chain and by having a hotel attached to the Sports and Conference Centre means we will be able to attract events to the City which would traditionally lose out to Cities like Birmingham and Cardiff. The positive impact on the City will be enormous.”

The Ashton Gate is a stadium in Ashton Gate, Bristol, England (UK), and is the home of Bristol City and the Bristol Bears. Located in the South-West of the City, just South of the River Avon, it currently has an all-seated capacity of 27,000.

The above Sports and Convention Centre (SCC) will see the Bristol Flyers basketball team join the Bristol City and the Bristol Bears at BS3.

Ashton Gate’s vision is to create a world-class Sporting Quarter for the City of Bristol. A two-site development, which will see an iconic 4,000-seater home for the Bristol Flyers Basketball team at Ashton Gate and a new urban village development, named Longmoor Village, 500 m from the stadium.

The Bristol City Football Club is a professional football club based in Bristol, England (UK). They currently play in the English Football League (EFL) Championship, the second tier of English football. Founded in 1894, they have played their home games at Ashton Gate since 1904. The club’s latest appearance in the English top-flight was in 1980.

The Bristol Bears are a professional rugby union club based in Bristol, England. They play in Premiership Rugby, England’s top division of rugby.

The Bristol Flyers are a British professional basketball team based in the City of Bristol, England. The Flyers compete in the British Basketball League, after promotion from the English Basketball League in 2014. The team play their home games at the 1,000-capacity SGS WISE Arena in Bristol.

‘Bristol Sport’ further stated that in a meeting which lasted just over two hours, in front of a full public gallery, both planning applications were debated with members voting in favor of both of the twinned applications.

Andreas Kapoulas, Head Coach of the Bristol Flyers, said after the meeting concluded, “This is a gamechanger for the Flyers but also the sport of basketball in this City. It means that we will not only be financially sustainable but that we will be able to compete at the very highest level – including in Europe. It will be the third largest venue in the British Basketball League (BBL) and means we will be able to attract talent and extend our academy pathway and community provision of the sport. The Sporting Quarter will provide a minimum of an extra 40,000 hours of community sport which is huge as we know how much desperate need there is for community access to sporting facilities.”

The Sporting Quarter will provide a new home for the Bristol Flyers, a hotel, conferencing facilities, a multistory car park, and retail space alongside commercial and residential space.

Detailed work will start immediately on the next stage of this project. The first phase of the Sporting Quarter development will be the Sports and Convention Centre alongside the hotel, with hopes to be on site in late Summer 2023.

‘Bristol Sport’ further stated that earlier, local MP Karin Smyth added her support for Ashton Gate’s twin planning applications for the Sporting Quarter and Longmoor Developments alongside leaders in sport, business and tourism in the City.

Stated Smyth, “The Longmoor site is just 500 m to the South West of Ashton Gate and will provide approximately 500 much-needed residential homes, consisting of two-, three- and four-bedroom units in a high-quality urban village environment and the development will help to alleviate the housing crisis in Bristol.”

She added, “The Longmoor development will deliver over 150 affordable properties, providing much-needed secure long-term homes, which meets the Bristol City Council’s affordable housing target of 30 percent. The site already has a fast public transport connection to Central Bristol via Metrobus alongside existing good cycling and walking routes. Land has been set aside less than 500 meters away for a new railway station, contingent on the much promised reopening of the Portishead passenger rail line. This location is much more appropriate for housing than other open spaces in Bristol South, development on which I have publicly opposed.”

Although Smyth is aware of the concerns about the impact of new housing on local services such as schools and general practitioner (GP) practices, she insists, “I will continue to challenge the National Health Service (NHS), the Council and others to deliver the health service we need, potentially using funding from Community Infrastructure Levy from these, and other, developments.”

Smyth also highlighted the impact that the successful redevelopment of Ashton Gate Stadium has had in Bristol South and says she has “no doubt” that the Sporting Quarter will deliver a much-needed Sports and Conventions Centre of similar high quality.

She added, “The successful redevelopment of Ashton Gate Stadium has provided a venue of which the whole City can be proud. I have no doubt that this project will deliver a much-needed Sports and Conventions Centre for Bristol of similar high quality. At a time when so much investment is directed to the North of our City, the Ashton Gate Sporting Quarter is a very welcome proposal which will provide more jobs and opportunities for my constituents.”