‘Blues’ get the ‘blues’ over stands’ closure 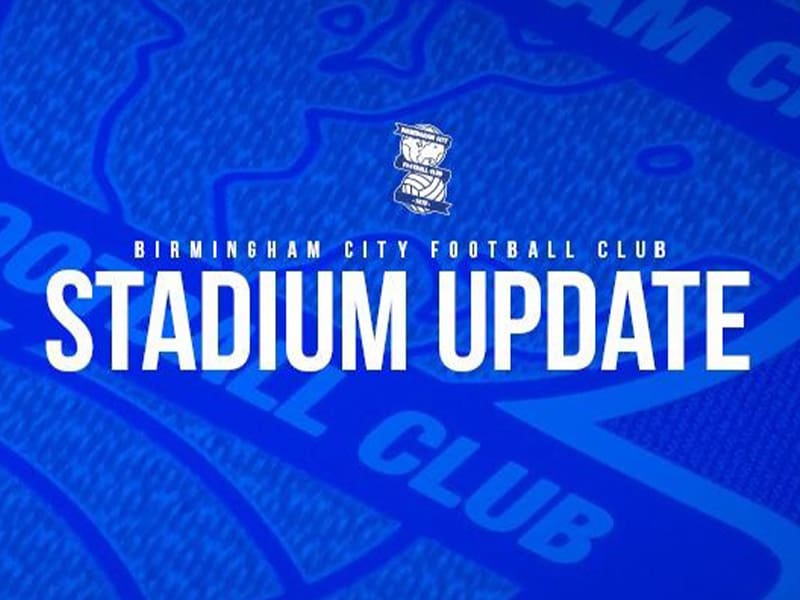 The ‘Birmingham City FC’ stated that the club is working with its contractors with the aim of reopening these areas in time for its match with Derby County F.C. on September 10th.

The Birmingham City Football Club is a professional football club in Birmingham, England (UK). Formed in 1875 as Small Heath Alliance, it was renamed Small Heath in 1888, Birmingham in 1905 and Birmingham City in 1943. Since 2011, the first team have competed in the EFL Championship, the second tier of English football.

The 29,409-capacity St Andrew’s is an association football stadium in the Bordesley district of Birmingham, England. It has been the home ground of Birmingham City Football Club for more than a century. From 2018 to 2021, it was known for sponsorship reasons as St Andrew’s Trillion Trophy Stadium.

The Stoke City F.C. is an English professional football club based in Stoke-on-Trent, Staffordshire (UK). Founded as Stoke Ramblers in 1863, the club changed its name to Stoke Football Club in 1878 and then to Stoke City in 1925 after Stoke-on-Trent was granted City status.

The A.F.C. Bournemouth is a professional association football club based in Kings Park, Boscombe, a suburb of Bournemouth, Dorset, England. The team compete in the Championship, the second tier of the English football league system. Formed in 1899 as Boscombe, the club adopted their current name in 1971.

The ‘Birmingham City FC’ acknowledged that previous timeframes have not been met and, therefore, it would be irresponsible to set a final date for reopening.

The club assured fans that they would bend over backwards to find a swift and satisfactory solution that will allow fans back as soon as is safely possible.

A statement sent out by the club read, “We understand the magnitude of the above announcement, and with safety remaining the club’s priority, it is not something we have taken lightly.”

Season ticket holders in the Upper Kop and Upper Tilton will automatically be entered into a ballot for the remaining available seats in the Gil Merrick and Main Stand.

The club boasts 7,311 season ticket holders located in the Upper Kop and Upper Tilton. There are currently 3,346 seats available in the Gil Merrick and Main Stand for the Stoke City fixture and 4,613 available for the Bournemouth game.

If one is unsuccessful in the ballot for Stoke City tickets, one will be guaranteed a ticket for the club’s game against Bournemouth on August 18th.

This means that season ticket holders are guaranteed to attend at least one of the next two fixtures.

Additionally, one will be issued a pro-rata refund, paid within 30 days, for each fixture one is unable to attend.

If one is successful in either ballot but do not wish to take up the offer of a seat in the Gil Merrick or Main Stand, one is entitled to a full refund.

Supporters who purchased a season ticket with cash are required to email the Ticket Office who will communicate the process for cash refunds.

Supporters who have purchased a match ticket for either the Stoke City or Bournemouth games, in any area of the stadium, will unfortunately have their ticket canceled and will receive a full refund within 30 days.

Due to the limited capacity in the Main Stand and Gil Merrick, the Club have to prioritize its season ticket holders.

Board Director Edward Zheng commented, “We are hugely frustrated to have received the above news at such late notice. Our supporters have been looking forward to returning to St. Andrew’s for a considerable amount of time and we as a club have been preparing to welcome them home. Tickets were sold on the understanding that fans in these areas would be able to attend our fixtures and I cannot express enough, our disappointment at not being able to have you all back.”

Added Zheng, “But I also know that this frustration pales into insignificance when it comes to the anger and disappointment you all are feeling. Safety is our number one priority and I can assure supporters that the necessary work will be done as quickly as possible in anticipation of the safe return of our spectators.”