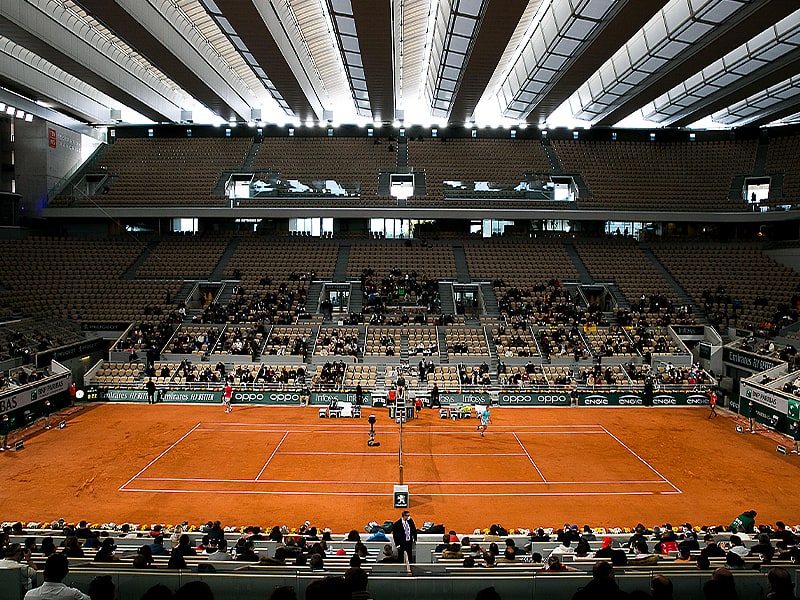 The home of the French Open tennis championship – Roland-Garros Stadium (France) – will host boxing matches in September this year, 75 years after French boxing great Marcel Cerdan fought and won there.

The ‘French Tennis Federation’ stated that the Roland-Garros Stadium will host boxing bouts on September 10th, 2021 on the Philippe-Chatrier Court, with the French professional boxer Tony Yoka as the headliner. The boxing event has been proposed by the Allstar Boxing and Canal +.

The above event will be a kind of prelude to opening the Roland-Garros Stadium all year round to other sports disciplines and cultural events.

Paris (France)-headquartered the French Tennis Federation is the governing body for tennis in France. It was founded in 1920, and is tasked with the organisation, coordination and promotion of the sport. It is recognized by the International Tennis Federation and by the French Minister for Sports.

The Roland-Garros Stadium is a complex of tennis courts located in Paris (France) that hosts the French Open, a tournament also known as Roland Garros. It is a Grand Slam championship tournament played annually around the end of May and the beginning of June.

The Court Philippe Chatrier was built in 1928 as Stade Roland Garros’s centerpiece and remains its principal venue. It now seats 15,225 spectators after a 2019 renovation.

The ‘French Tennis Federation’ further stated that on the occasion of this historic event, French boxing great Tony Yoka, Olympic champion in Rio 2016, will face, for his 11th professional fight, Croatian boxer Petar Milas (who remains undefeated in 15 fights), in the ‘Heavyweight’ category. French boxer Mathieu Bauderlique, who won a bronze medal in Rio 2016, will clash with the Russian boxer, Igor Mikhalkin, for the title of European Boxing Union Light Heavyweight Championship.

The French professional boxer Estelle Yoka Mossely will also participate in the above event although her opponent is yet to be announced. Three other prestigious bouts will also be held in all likelihood with boxers Farrhad Saad, Hugo Micaleff and Khalil El Hadri.

Roland-Garros will no longer just symbolize tennis but will soon be the home of other sporting and cultural events.

The dream venue of top shot tennis players – the state-of-the-art Philippe-Chatrier Court – will not be staging boxing bouts for the first time. Three boxing events have already been hosted in the central court – the French professional boxer Marcel Cerdan took on Holman Williams from Pensacota (US) way back in 1946, the French actor-cum-professional boxer Jean-Claude Bouttier clashed against the European boxing champion Carlos Duran in 1971 (Championship of Europe) and Jean-Claude Bouttier again took on the Argentine professional boxer Carlos Monzón in 1973 (World Championship).

The iconic venue will soon be buzzing with activities 365 days in a year – and the community on which it sits can partake in it apart from the general public, and the Roland-Garros Stadium promises to offer an out-of-the-world-experience to them. Big corporate houses will also be able to hold their meetings in the arena in the near future.

However, taking into consideration the COVID-19 seesaw the world over – with the Delta variant pounding several countries around the globe – the French Tennis Federation will pull out all stops to ensure that the events take place with the ‘health pass mandatory’ clause of the French Government and in accordance with strict COVID-19 protocols.