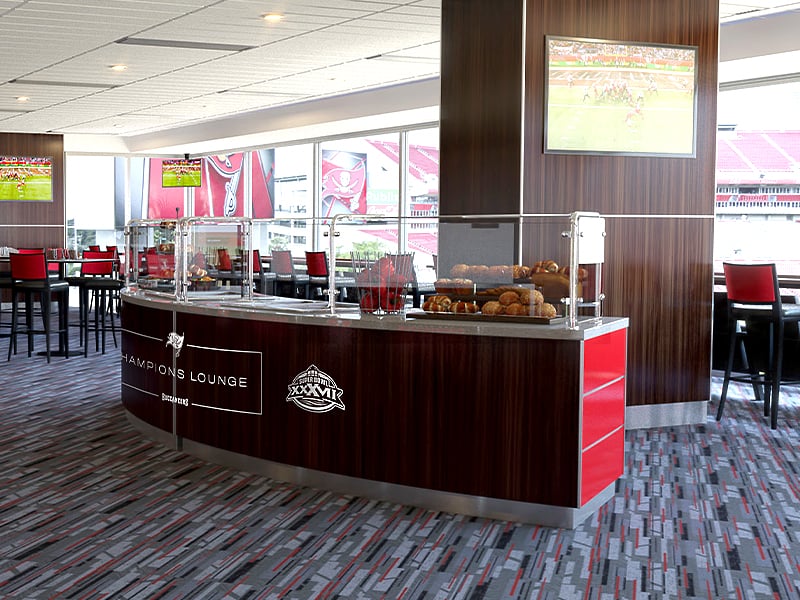 The ‘Tampa Bay Buccaneers’ quoted Buccaneers Chief Operating Officer (COO), Brian Ford, as stating, “We are committed to continually improving the fan gameday experience and our focus this season has been to partner with food and beverage brands that our fans know and love. As we welcome our fans back to a full Raymond James Stadium this season, we are excited to also showcase a variety of new upgrades and enhancements that will add to the enjoyment of the in-game viewing experience.”

Raymond James Stadium, also known by the nicknames ‘Ray Jay’ and ‘The New Sombrero’, is a multipurpose stadium located in Tampa, Florida. It is home to the Tampa Bay Buccaneers of the National Football League.

For fans looking to enjoy pizza on gamedays, there will be four new concessions stands for Little Caesars (American pizza chain) – two on the main concourse and one each on the East and West sides of the 300 level. Each stand will offer the classic Cheese, Pepperoni and 3 Meat Treat. This marks the first time that a branded pizza has been offered at the Raymond James Stadium.

Winghouse will have three concession stands and two portable locations located at Raymond James Stadium. There will be one concession stand on the main concourse level and two on the 300 level, each of which will offer the restaurant’s signature boneless wings and Blacksmith Bacon Burger. The two portables will be located on either side of the 100 level and will feature the Phill Steak Sandwich.

One of the top breweries in the Tampa Bay region, Coppertail Brewing will have the Coppertail Bar in the East main concourse level and Coppertail products will be sold throughout the stadium. An independently owned brewery located in Ybor, Coppertail opened in the summer of 2014 and are known for brewing Free Dive, Unholy and Florida Special. With the start of the season, Coppertail will launch a commemorative Buccaneers Creamsicle-themed can of Florida Special for fans to purchase.

The Vizzy Bar will be located on the main concourse, which will have four unique Vizzy flavors, which will also be available at many retail locations throughout the stadium. Vizzy Hard Seltzer is MolsonCoors’ record-selling seltzer. It is the only seltzer with antioxidant Vitamin C, is gluten-free and only 100 calories.

In addition to the new food and beverage options, the Buccaneers also announced a number of new stadium upgrades and enhancements that will improve the gameday experience.

Additionally, the Buccaneers revealed a first look at the brand-new Champions Lounge. An air-conditioned lounge inside the East Stadium Club, the Champions Lounge will offer patrons all-inclusive food and beverage, including a premium bar and craft cocktail station featuring Buccaneers signature cocktails in a souvenir Buccaneers glass.

Another upgrade can be found in the Miller Lite Fan Deck, which has been fully outfitted with Cold Cup Holders, using solid state thermoelectric technology to manage temperature. The cup holders adjust automatically to fit a variety of can sizes, bottle sizes and profiles as well as plastic stadium cups. Guests have control over how cold they want their beverage – refreshingly cool or icy cold.

Last season, Verizon invested over $80 million for permanent network enhancements to its award-winning network to support Super Bowl LV at Raymond James Stadium. The stadium and the surrounding areas received substantial 5G enhancements, including 70 miles of high-speed fiber, an upgraded distributed antenna system (DAS) and 281 small cell antennas that will provide coverage at events in and around the stadium as well as Downtown Tampa, Ybor City and the Tampa Riverwalk. Verizon is offering fans a unique, in-stadium-only experience with Verizon 5G Multi-View, available in the Buccaneers mobile app. The technology will allow fans to see the action happening live from seven different camera angles simultaneously. Fans can also project augmented reality (AR) overlays of the NFL’s Next Gen Stats for players in near real-time.

The Buccaneers also partnered with the Florida Department of Highway Safety and Motor Vehicles to unveil a new Buccaneers specialty license plate, which features the team’s distinctive flag logo on a unique pewter background, as well as the Super Bowl LV logo to honor the team’s championship victory from last season. The bottom of the license plate reads ‘Super Bowl Champions’ to honor the Buccaneers’ two Super Bowl titles. The Buccaneers’ design has been among the most popular specialty plates in Florida and is the most registered plate among the State’s three NFL teams. It also ranks first in registrations among all Central Florida sports teams.

Buccaneer fans who want to ‘fly the flag’ on their vehicles can visit the FLHSMV site for office locations and more details. Fans may also purchase the Buccaneer specialty plate online by visiting the order page on the Florida Sports Foundation website. Proceeds from the annual sale and renewal of the Tampa Bay Buccaneers license tag benefit the Tampa Bay Buccaneers Foundation and the Florida Sports Foundation Major and Regional Grant Program.

Seats in the Champions Lounge include:

Seats in the Champions Lounge provide fans with all of this and more, allowing them to stay cool, catch the game from behind the glass or from one of the many HD televisions located throughout the space. The Stadium Club provides the perfect setting, with signature service and luxury at every step.

« Previous News: Inter to wear DigitalBits on its sleeves
» Next News: Glory to bask in Fremantle Oval ‘glory’ 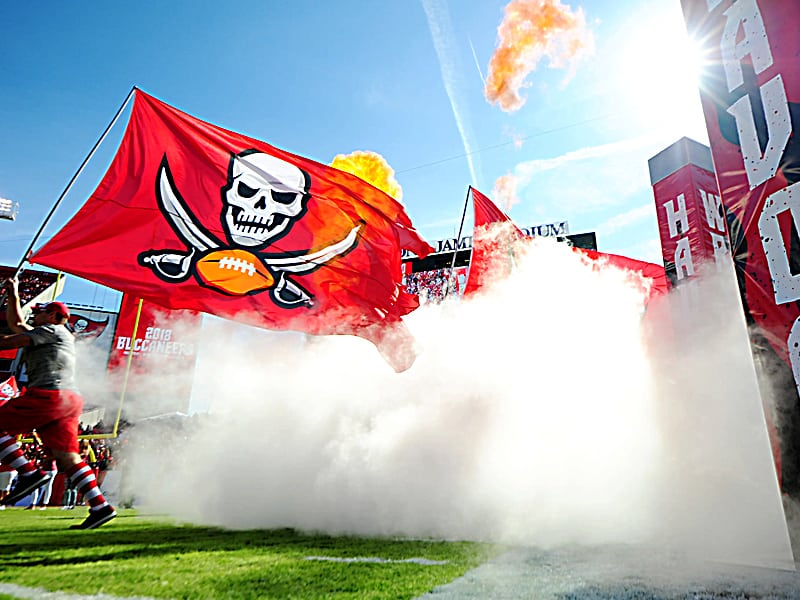 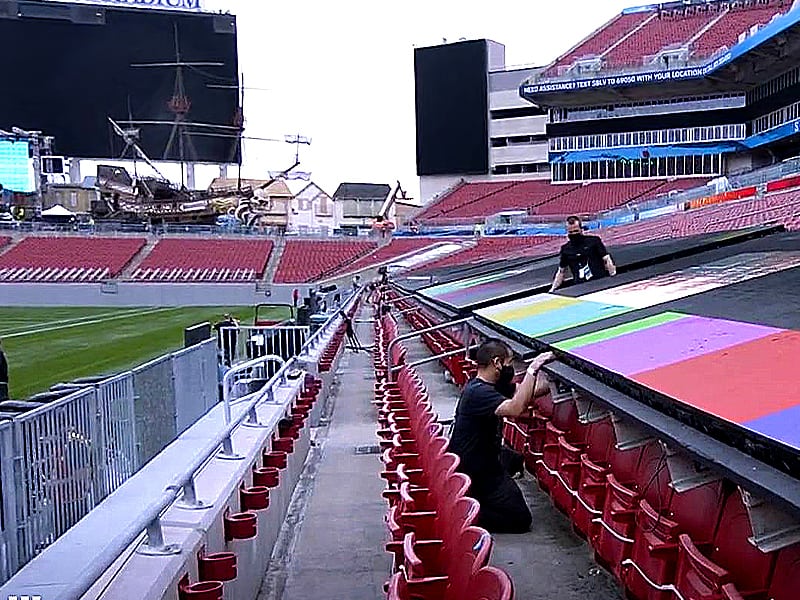