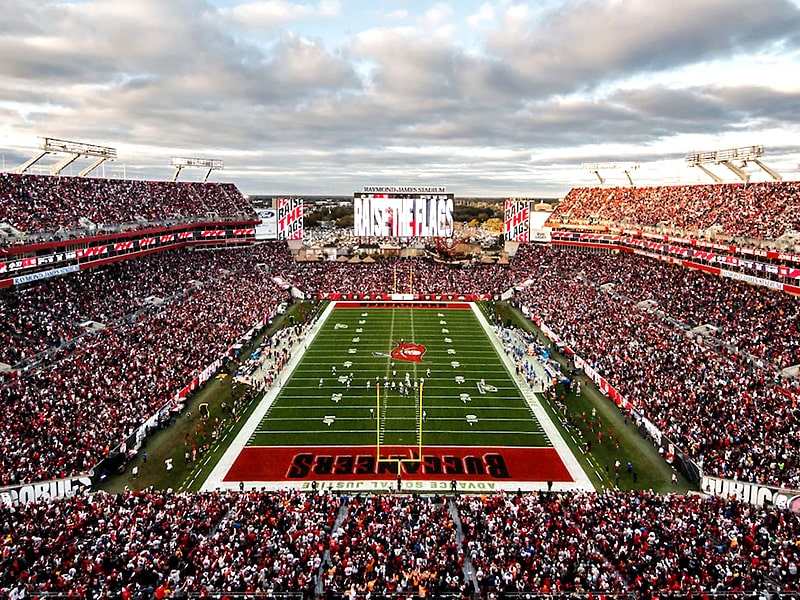 The ‘Tampa Bay Buccaneers’ stated that the team was also voted #1 in stadium technology, which is considered as the most impactful category in determining the overall fan experience satisfaction.

The 65,890-capacity Raymond James Stadium is a multipurpose stadium in Tampa, Florida (US) that opened in 1998 and is home to the Tampa Bay Buccaneers of the National Football League and the University of South Florida Bulls college football program.

Said Buccaneers Chief Operating Officer (COO) Brian Ford, “Our priority is always to exceed the expectations of our season pass members every time they attend an event at the Raymond James Stadium. These top rankings in key categories are a source of great pride for our organization, but we are never satisfied with those accomplishments. Our commitment to continually improving all areas of the stadium experience remains as strong as ever.”

The Buccaneers have perennially ranked among the league’s top-performing teams in overall season pass member satisfaction dating back to 2012. The team has previously received the number one rating in customer service satisfaction in 2012, 2013, 2015, 2017, 2018, 2019, and 2020.

The No. 1 ranking for stadium technology marks the third time in the past five years that the Buccaneers have been recognized as the league’s best in the all-important category. In recent seasons, the team has implemented fan-focused technology that includes upgraded 5G high speed wireless access points through a partnership with Extreme Networks and Verizon, as well as cashless transactions and mobile ticketing.