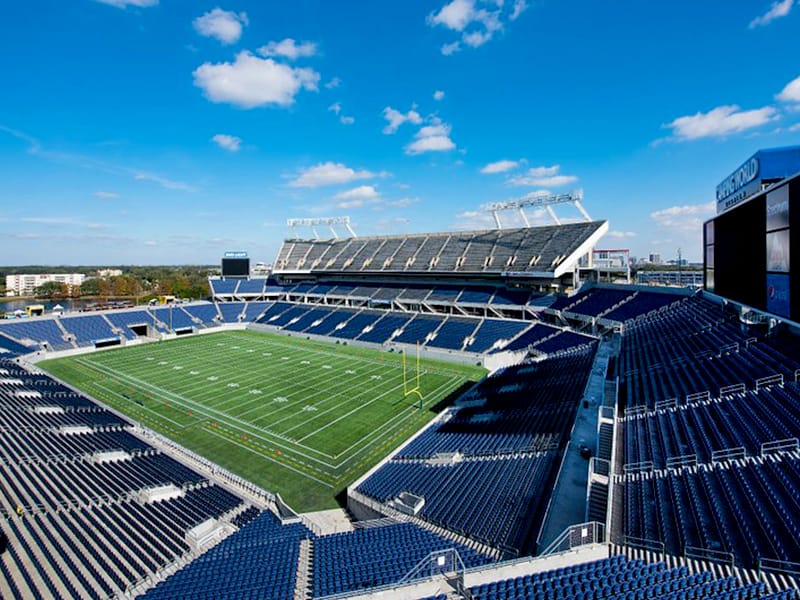 The Greater Orlando 2026 FIFA World Cup™ Pursuit Partners (GO26) – the City of Orlando, Orange County, Orlando City Soccer Club and the Greater Orlando Sports Commission – met with officials from FIFA and U.S. Soccer recently to discuss Camping World Stadium’s (US) infrastructure. The meeting which took place in the virtual mode was a significant step in the bid process with the final venue selection expected to be announced in the fourth quarter of 2021.

‘The Greater Orlando Sports Commission’ quoted Allen Johnson, City of Orlando’s Chief Venues Officer, as stating, “The meeting provided an excellent opportunity to better understand FIFA’s requirements, particularly around the field of play, where there was a very positive dialog on how Camping World Stadium can meet and exceed the expectations for delivering an unrivaled experience for soccer’s world class athletes.”

Greater Orlando continues their pursuit to be one of the host cities for the 2026 FIFA World Cup™.

The United States Soccer Federation, commonly referred to as U.S. Soccer, is a 501 nonprofit organization and the official governing body of the sport of soccer in the United States.

The 65,000-capacity Camping World Stadium is a stadium in Orlando, Florida (US), located in the West Lakes neighborhood of Downtown Orlando.

Orlando City SC joined Major League Soccer (MLS) fold as the league’s 21st franchise in November 2013, becoming the first MLS team in the Southeast. The Lions began league play in March 2015, and in 2017, moved into its privately-owned downtown soccer stadium.

The Greater Orlando Sports Commission is a private, non-profit organization established to attract and manage sports-related events, conferences and activities that drive positive economic development in the City of Orlando, Lake County, Orange County, Osceola County, and Seminole County. Founded in 1993, the organization has hosted or co-hosted more than 1,450 events in the Greater Orlando area with a total economic impact exceeding $1.9 billion in spending within the community.

Remarked Orlando Mayor Buddy Dyer, “Orlando has already established itself as one of the premier sports destinations in North America and enhancing Camping World Stadium only adds to our ability to host premier events. I am proud that we’ve achieved exceptional value throughout the entire reconstruction. Our strategy continues to be validated by the lineup of marquee sporting events that are being scheduled for the months and years ahead as Orlando thrives as the Soccer Capital of the South.”

Remarked Orange County Mayor Jerry L Demings, “Throughout the pandemic, the world has witnessed our collaborative spirit as we worked hand-in-hand with national and international sports partners to bring sports back safely. It is the same collaborative effort that will allow us to deliver a great experience to FIFA in 2026.”

Orlando is among 17 US Cities still in the running to play host to the 2026 FIFA World Cup™ fixtures that will be jointly staged across North America by the United States, Canada and Mexico. This will mark the first time in FIFA history that three nations will co-host the World Cup. The 2026 FIFA World Cup™ will be the largest in history, bringing in 48 teams, 80 matches and is projected to exceed $5 billion in economic impact.

“We expect that the economic impact for our community will conservatively range from $600-800M in addition to the massive exposure that will be generated for our destination,” maintained Jason Siegel, President and CEO, Greater Orlando Sports Commission.

‘The Greater Orlando Sports Commission’ stated that the Camping World Stadium is presently in its $60 million phase ambitious “top-to-bottom” renovation costing $267 million in total, as the City reinforces its unique appeal as a venue for the 2026 FIFA World Cup™. By the time repurposing work is over, the stadium will in effect have been completely rebuilt, with 90 percent all-new construction. The $60 million worth of work consists of 3,800 additional seats, creating an entirely new, enclosed premium club level on the East and West sides, concessions and restroom improvements and more. The stadium’s sustainable design achieved a LEED Silver Certification for new construction from the U.S. Green Building Council. Construction is being handled by Barton Malow Co. and stadium design has been lent by HNTB.

Built in 1936, the Camping World Stadium is owned and operated by the City of Orlando. The facility holds the distinction of staging three bowl games annually, more than any other stadium participating in the College Football Bowl Subdivision. The Camping World Stadium has hosted numerous high-profile events including the National Football League (NFL) Pro Bowl, WrestleMania, Monster Jam World Finals and big-name concerts. In 2021, it was announced that Florida Cup, an international soccer tournament, will host annual matches at Camping World Stadium. The event will target top soccer clubs from Europe while continuing to attract elite participants from North and South America.

Hosting the 1994 FIFA World Cup™ matchups at Camping World Stadium in Orlando was a springboard for the popularity of soccer in Orlando and across the country. During the pandemic, Orlando was the region that many leagues and event owners turned to when they were ready to safely return to play.

Added Siegel, “We are pleased to have the opportunity to continue our discussions with the executives from FIFA and U.S. Soccer in pursuit of the 2026 FIFA World Cup™. With the upgrades to Camping World Stadium, in addition to the national and international soccer matches that our community has hosted in the last year, and the extremely competitive bid we have submitted, we are confident that we have proven to FIFA that we are ready to welcome the world in 2026.”