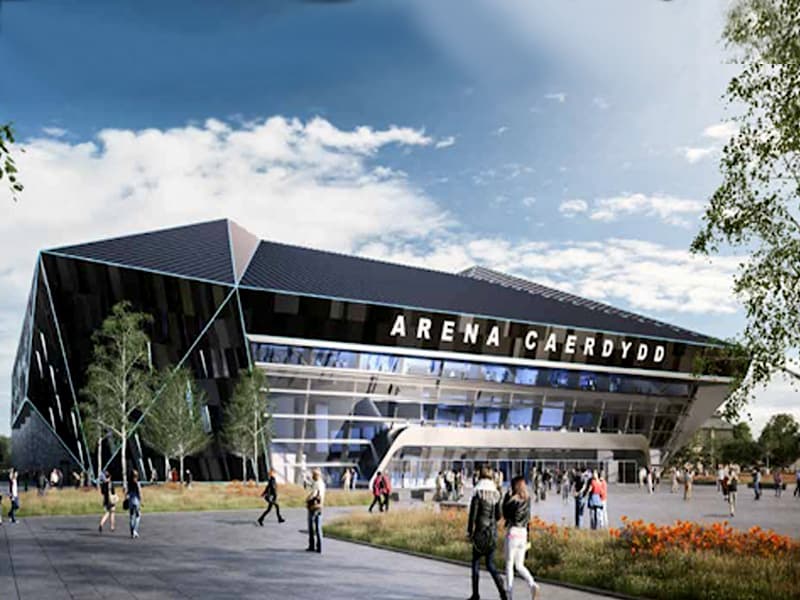 A 15,000-capacity indoor arena, hotels, housing complexes and added attractions will come up at Cardiff Bay in Wales (UK) and is all set to revitalize the pandemic-thrashed economy of the area.

The 15,000-capacity indoor arena being planned will boast 12,000 seats and will be the anchor project for the development. A multistory car park will also come up. The development would then pave the way for a 150-bed hotel, and 150,000 sq m of office space.

Cardiff Bay is the area of water created by the Cardiff Barrage in South Cardiff, the capital of Wales. It is also the name commonly given to the surrounding areas of the City.

Cardiff Council recently announced that American events promoter and venue operator Live Nation and construction professional Robertson were the winning bidders to operate and construct the venue with entertainment company Oak View Group (OVG) also being part of the consortium.

Cardiff Council Leader Huw Thomas described the scheme as an “an exciting opportunity”.

Thomas added, “We remain committed to delivering a new indoor arena and we have taken a big step forward in this regard. We believe the new arena will have a similar impact on Cardiff Bay, as St David’s 2 had on the City Centre. It will act as a major catalyst for the next-phase regeneration of Cardiff Bay delivering new jobs and opportunities where they are most needed. It will also help with the case to improve public transport links to Cardiff Bay and will provide the impetus for a complete reimagining of the Red Dragon Centre area. It’s an incredibly exciting opportunity for Cardiff, especially as we look to emerge from the economic damage of the pandemic.”

The Red Dragon Centre – which will be reconfigured – is an entertainment zone combining big screen movies with 26-lane bowling, cool bars and taverns, restaurants and cafes, gaming, and free customer parking.

With only a minuscule of the expenses to be borne by the Council, Thomas remarked, “I know there will be voices asking, ‘How can the council afford to be involved in a project like this at this time’, that’s why it’s important they know that this is a private-sector led proposal which the council is supporting. That means the private sector will be covering the lion’s share of the costs and taking the vast majority of risk associated with delivering this project. The Council’s capital commitment will be less than 15 percent and could be significantly lower by the end of the process, and instead we will use the strength of our covenant to enable our partner to access funding at a more affordable rate.”

Live Nation, Oak View Group and Robertson said in a joint statement, “Our combined experience in the delivery and operation of facilities of this nature will result in a world-class facility that will bring economic benefits to the entire region, both during its construction and for many years to come once its open. In 2021, we will embark on the next phase of the planning process which will provide the wider community the opportunity to see our exciting proposals for the site.”

The statement added, “We look forward to working in partnership with Cardiff Council to bring this ambitious vision to life over the next few years.’

Live Nation which runs over 237 venues in 12 countries across the world, showcasing over 35,000 shows, is extremely confident of the long-term resilience of the sector despite COVID-19 walloping the live music and entertainment industry. The sector continues to show confidence for the future with new arena developments continuing to be announced and tickets still being sold for future events.

The projected cost for the venue is pegged at around £150m and is expected to attract more than one million footfalls per year, generating a much-needed £100m for the local economy per annum. The development will also create 1500-2000 jobs during the construction phase and once the facility is up and running, another 1000 arena jobs will be created and another 600 jobs will be generated locally. Around 140 estimated events are expected to be held in a year.

The Atlantic Wharf masterplan unveiled recently envisages a construct period of seven years over four stages with the 15,000 capacity indoor arena to be built in the first phase of the development.

Cabinet Member for Investment and Development, Russell Goodway, informed, “The arena will be located in close proximity to many of Cardiff’s most disadvantaged communities and we want those communities to benefit from the job opportunities which will become available. The Council has secured commitments that jobs and training will be available for local people throughout the construction of the arena and also when it is open for business. There will be a key focus on helping the unemployed into work and engaging school leavers through new entrant, apprenticeship and graduate employment opportunities. It’s really important residents benefit from this project.”

Goodway elucidated, “The City’s strategy is to establish the Cardiff Arena as a top tier UK arena and to make it the premier arena in the South West region of England and Wales. ‘Sound Diplomacy’ – the internationally -renowned advisors on the music industry – believe the arena will also become a fundamental component of Cardiff’s ‘Music City’ strategy. They say it will have ‘a positive impact at all levels of the live music ecosystem from the grassroots venues to our major spaces’ and it will support the development of a home-grown industry.”

The watchwords for the new Cardiff indoor arena will be sustainability and achieving carbon neutrality. It aims to become one of the greenest venues of its kind in the United Kingdom. At the start, it will draw from low-carbon heat produced through the planned District Heat Network and further work will be undertaken to achieve the aim of a zero carbon development across the 30-acre Atlantic Wharf (neighborhood in Cardiff, Wales) regeneration area. 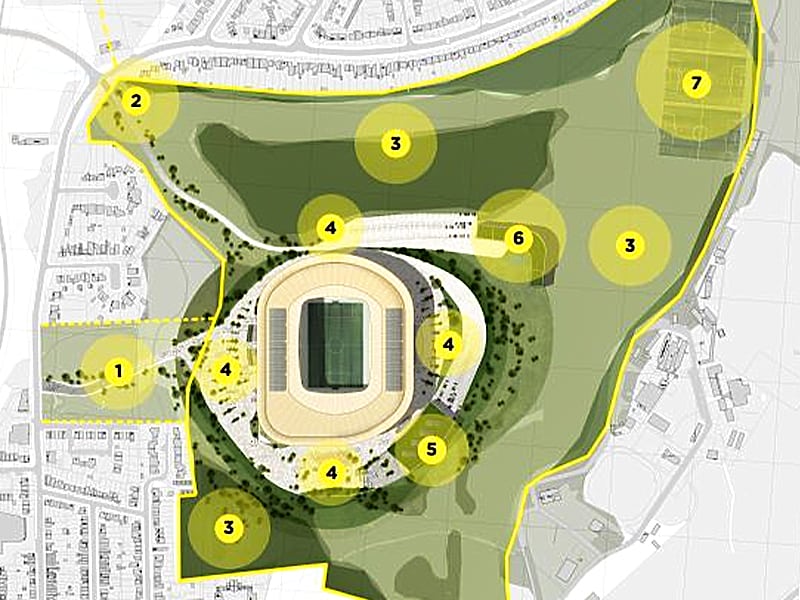 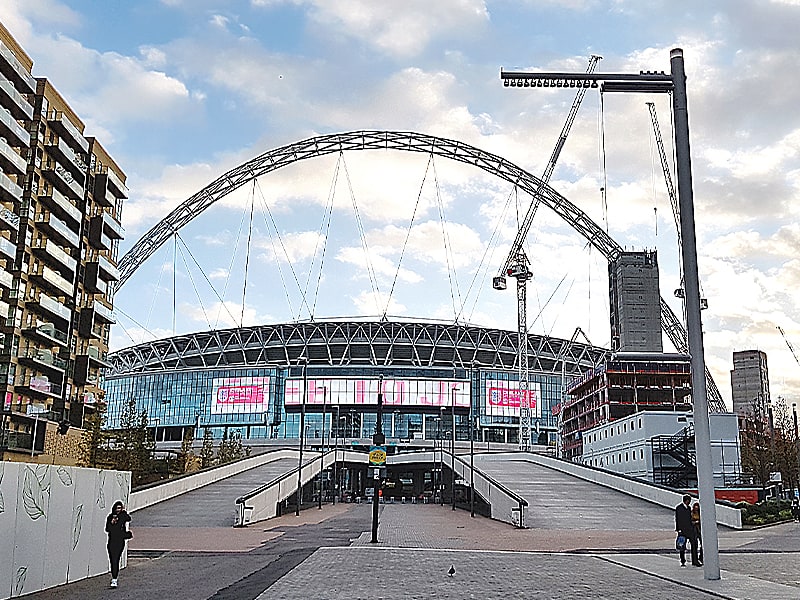 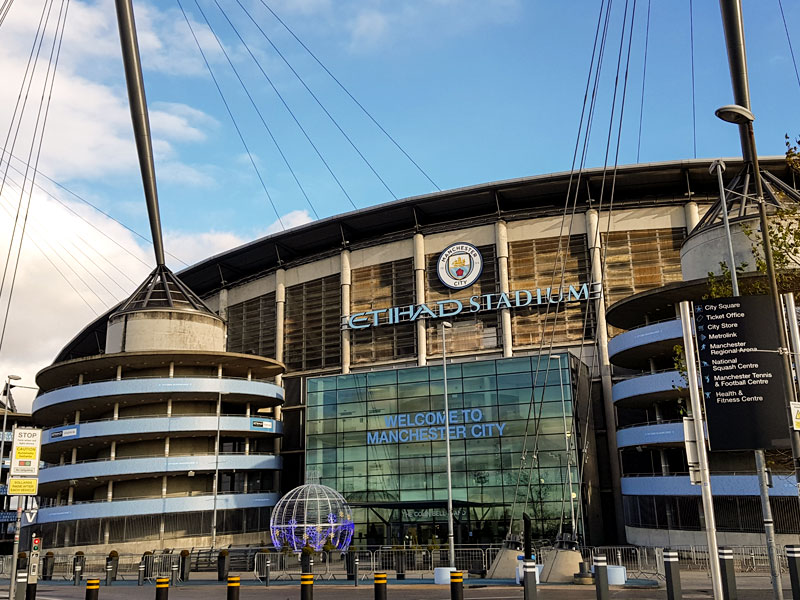 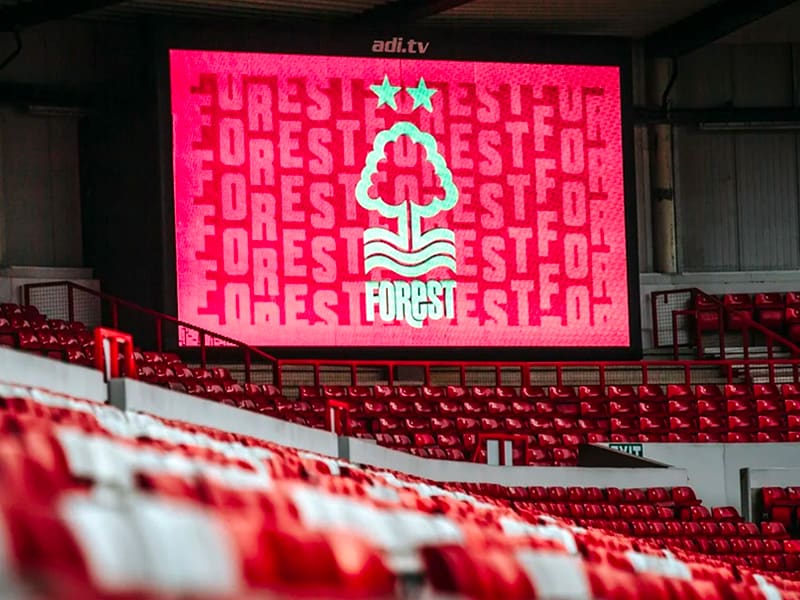