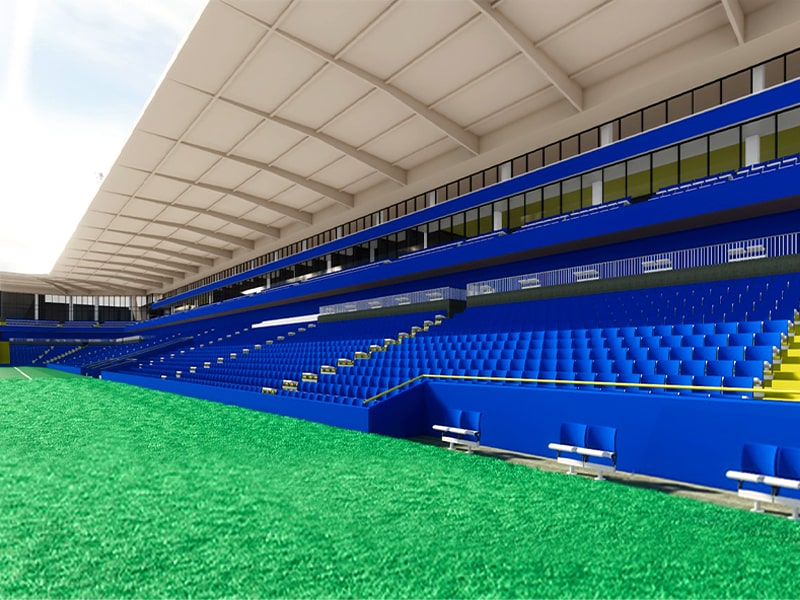 The English professional football club AFC Wimbledon is facing cash crunch. To wrap up work on their new 9,000-seat stadium, the football club needs to raise £11 million by the start of the New Year.

New Plough Lane is a stadium in Wimbledon, southwest London, which is currently under construction. Once built, it will be the home of AFC Wimbledon.

The fans’ governing body – Dons Trust (which owns 75 percent of the club) – revealed that they require money due to increased building costs (which soared to more than £30m) and unexpected planning delays.

At the start of the next season, the Dons plan to move into their new home close to their old Plough Lane ground. But, the deal has hit a speed breaker due to cash constraints due to which they are yet to initial the main construction contract.

If money flows in, the stadium construction work will be completed as the governing body desires – income-generating conference and banqueting facilities, an additional 5,000 covered seats through semi-permanent stands and the fans’ zone which will be the pièce de résistance.

The 3,000 Trust members have several options to mull over. They can sell part of the club to outside investors, although, crucially in light of the club’s history, they would retain the right to veto relocating the team, selling the stadium, changing the badge, colors or club name.

The first option is – the Trust said they could try to borrow the money but very high repayments would leave AFC Wimbledon with a playing budget barely capable of surviving in League Two.

Another option before Dons Trust would be to build that part of the stadium which fits into their budget, such as the main West Stand, and keep on hold the construction work of the other three stands.

A statement released by the Trust read, “Even if we did this, the main stand would be a basic shell, without any of the new revenue streams such as conference and banqueting, club shop or hospitality facilities that we badly need to bolster our playing budget.”

The statement further read, “We could add these facilities in the future – if we can get the money and if the level of football, we are competing in at the time will sustain them.”

The third option is to accept investment offers made by private investors.
A special meeting of fans to be held on December 9 will discuss threadbare further finance options to continue the project.

Given the role the club’s previous owners had in the controversial relocation of Wimbledon FC to Milton Keynes, fans are divided over the whole issue of outside investors injecting money into the club.

However, if the owners Dons Trust decide not to accept outside investment, the club could end up with a much lower spec stadium than the one first envisaged.

Since the club is cash-strapped, it is likely to have a bearing on the playing budget and threatens to pull the Dons to the bottom of the football pyramid and make their immediate future look bleak.

Only fresh investment will be able to provide financial stability, reduced pressure on cash flow and a more competitive playing budget.