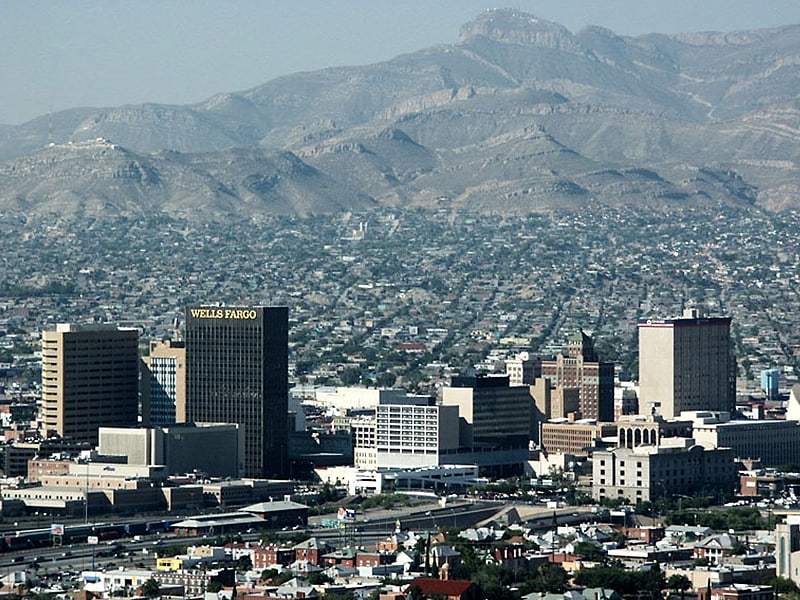 The El Paso City Council in Texas (US) voted on January 3rd to abandon the long-embattled Downtown arena project and reallocate the funds to upgrade and renovate the existing city facilities.

‘El Paso Times’ stated that only hours after being sworn into office on January 3rd, Council members – Art Fierro and Chris Canales – joined City Representatives – Alexsandra Annello and Joe Molinar -who brought the proposal before the Council, in voting to abandon the project.

The Downtown arena project is being planned to be built in the Duranguito neighborhood of Downtown El Paso, Texas, which the City has already purchased the majority of property for the project.

Duranguito is a historic neighborhood in El Paso, Texas. It is located in the greater Union Plaza district and is located on the South side of Downtown El Paso near the neighborhoods of El Segundo Barrio and Chihuahuita.

The El Paso City Council is the City’s (El Paso) primary legislative body. It is responsible for approving and adopting the City budget, levying taxes and making or amending City laws, policies and ordinances. The City Council is made up of nine members, including the Mayor.

City Representative Brian Kennedy, an outspoken critic of the arena project throughout his recent campaign, abstained on the arena vote, saying in a statement that he abstained over a “potential conflict of interest” presented by the El Paso City Attorney Karla Nieman.

Kennedy said in the statement, “Out of an abundance of caution to ensure that this critical vote by the Council was not tainted in any way, I abstained.”

‘El Paso Times’ further stated that a new plan will eventually be put forth to reallocate the remaining arena funds to improve the existing City facilities, which could include the 2,500-capacity Abraham Chavez Theatre in El Paso, Texas, the El Paso Convention Center or others.

Before casting their votes, the Council members heard a presentation on the pre-final results of a programing and feasibility study for the project, which found broad support for a modern entertainment venue in the area.

The City of El Paso Chief Architect Daniela Quesada stated that 61 percent of respondents to an online survey support the project and 89 percent support the project in Duranguito as long as buildings in the area are restored and incorporated. Seventy six percent responded that it is important to preserve the local history.

The plan would incorporate 12 structures in the Duranguito area, seven of which are independently eligible for historic designation.

Sam Rodriguez of the City of El Paso Capital Improvement Department stated that $163 million remained of the initial funds for the project, and one construction option would fit within the voter-approved budget.

More than 80 people signed up to speak during discussion on the arena project. Realtor Michael Bray said that abandoning a project that El Pasoans “overwhelmingly” supported would “violate the public trust by abandoning the public will”.

Maintained Margo, “El Pasoans wanted an enlivened downtown benefiting everyone. They still do.”

But for Sacred Heart Church Pastor Rafael Garcia, the arena project represents yet another effort that will be strapped to the backs of the average citizens in a City that he said currently has more debt than Houston, San Antonio, Dallas or Austin.

Averred Garcia, “Gentrification is a real problem throughout the United States. Who defines quality of life? Who’s included and who’s excluded? It’s usually a small minority that ends up gaining and the people who end up losing.”

Oscar Martinez, a retired History professor, called Duranguito a “hallowed ground for indigenous people” and called on the Council to reallocate the arena funds to improving existing facilities. He also urged those who want to see the arena built to fund it with their own money.

The El Paso County Commissioner David Stout said he believes a large part of his successful re-election campaign was based on broad opposition to the arena among voters. He said the same was true of the newest Council members and their election represented a mandate to put a halt to the arena project.

Stated Stout, “Please do the right thing. Please listen to the voters…please pay no heed to the misinformation and gaslighting that has been spewed over the last six years. Please help us save Duranguito.”

Others supported staying the course with the project, including El Paso billionaire Paul Foster and Downtown business owners, who in a written statement called the multipurpose venue a “critical piece of the (Downtown) revitalization effort”. Still, most speakers supported abandoning the project, saying voters never approved of demolishing Duranguito to construct an arena.

Soledad Muniz, a lifelong resident of the neighborhood that would be demolished if the arena is built, fought through tears to voice her opposition to the project – “I am really worried about my family’s home and the well-being of my mother.”

Others stood solidly by the project, with Leonard Goodman III, Chairman of the 2012 Quality of Life bond issue, saying that abandoning the project would risk losing people’s faith in future projects the Council might propose – “The multipurpose facility was something people wanted to have. I think most people feel that if the Council does decide to abandon this project that you’re not listening to your constituents.”

Two former Council candidates, Rich Wright and Deliris Montanez Berrios, both spoke in support of ending the arena project. Wright said he was in attendance to “advocate for the taxpayers of El Paso”.

Lamented Wright, “Unfortunately, most of those Quality of Life projects in El Paso have only benefited a limited few. El Paso has a very limited amount of entertainment dollars. We can’t afford it.”

For Berrios, the threat of future taxes being levied on El Pasoans is enough to oppose continuing with the project – “If you think this project is (only) going to cost you $153 million, you’re out of your mind.”

Max Grossman, the historic preservationist who has been at the heart of the battle to stop the arena, said the project will provide nothing more than “basketball and Beyonce concerts” at the expense of a historic community.

The Council retired to executive session following public comments and, after roughly two hours, returned to debate the issue.

In the end, El Paso Mayor Oscar Leeser grew frustrated with the back and forth between the opposing sides, which included calls to take the issue up in 90 days after further vetting or bring it back before the voters and call for the vote.