Club Blooming – one of the most popular football clubs in Bolivia – have kickstarted construction work on their own stadium – Blooming Arena, and work is likely to be over by 2023.

Club Blooming is a Bolivian football club from Santa Cruz de la Sierra in Bolivia, which was formed on May 1st, 1946. Its home colors are sky blue, white and navy and true to its name and colors, once the venue is complete, Club Blooming is sure to (bloom). They play at the Estadio Ramón ‘Tahuichi’ Aguilera Costas.

Estadio Ramón ‘Tahuichi’ Aguilera Costas is a multipurpose stadium in Santa Cruz, Bolivia. It is used mostly for football matches, on club level by Club Blooming, Oriente Petrolero, Destroyers, and Royal Pari (all Bolivian football clubs). The stadium can sit 38,000 spectators and was opened in 1940.

Club Blooming has been playing at Estadio Ramón ‘Tahuichi’ Aguilera Costas for nearly all of its history. The football club has been planning for ages to relocate to its own standalone facility.

Though Club Blooming’s planned new venue was in the works for a couple of years, it was not until 2019 that its final iteration was presented. The new arena plans foresee a 25,000-capacity single-tier seating bowl, which offers 11,082 individual seats along the West and East sides of the field. Only the West side would be covered, and that too by a membrane roof. Although the club has hinted that all stands could eventually be covered.

The arena is expected to come up in northern Santa Cruz de la Sierra, Bolivia’s largest City. It took quite some time for the club to secure the land for their football academy. The facility will be lodged just beside Octavo Anillo, or the 8th Avenue/Ring-Road of Santa Cruz.

A mid-sized park and plaza have been planned along the West side of the venue, and a bus bay is also part of the plans. Training fields will sit to the North and East. The stadium itself is expected to house as many as five levels of amenities (albeit most of them in the West), responding to all key FIFA standards so that the arena rakes in a lot of commercial revenue in the long term.

The space below the public concourse surrounding the auditorium will boast two glazed levels. The West stand will house 66 private boxes on two levels and one major lounge connected with the indoor restaurant. It is being reported that if conditions permit, the hospitality space could be extended beyond the West stand.

Located some 400 meters above the sea level, the football ground was initially expected to see sod-turning in April of 2020, after the cornerstone was laid in January. However, the COVID-19 pandemic applied the brakes and groundbreaking was held in late October. The project will now be completed in 24 months rather than three years, as was thought initially.

The price tag has also changed. Back in 2019, the budget was expected to be around $10 million, and then it reached 12 million. Upon groundbreaking in 2020, it stood at $16 million. Bulk of the expenditure is to be covered through bank loans and long-term lease of the hospitality areas and individual seats.

In total, the sports facility is expected to cost around EUR 8.4 million.

“The Blooming Arena is our stadium that we all dream of. We will provide the luxury that few clubs in the world can afford,” asserted club President Juan Jordán. 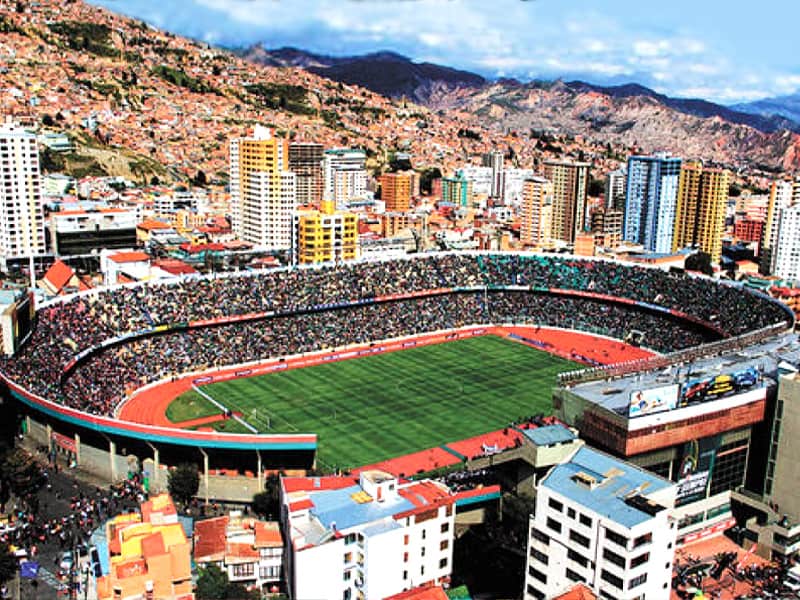 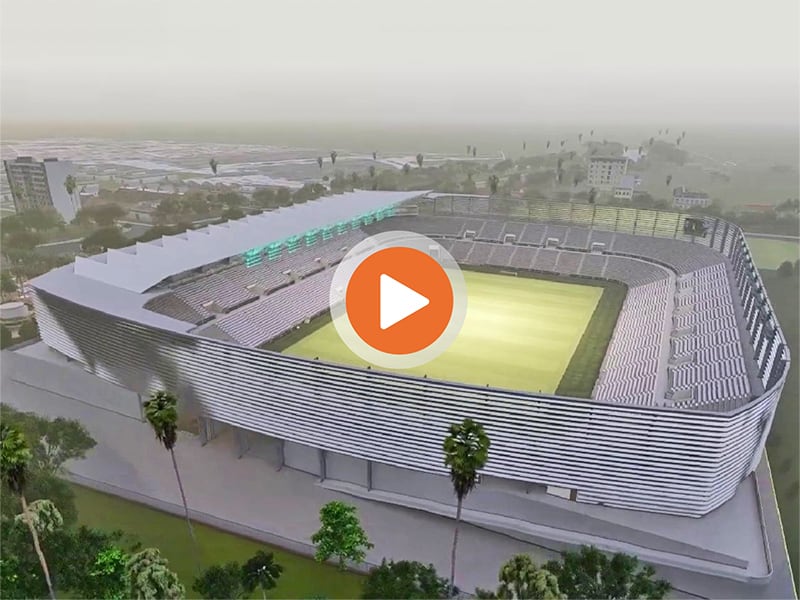