CNI – Compania Nationala de Investitii – is the largest public developer in Romania and is under the control of the Romanian Government. It is also known as the National Investment Company (CNI) and was founded in the year 2001. The objective of CNI is to make the impossible possible and make Romania the cynosure of all eyes. With a budget of 200 to 220 million Euros per year, the developer is presently involved in more than 400 construction projects in the Southeastern European country simultaneously.

Adrian Cefalan, Investment Director, CNI, shares exclusively with ‘Coliseum’ during the recently held Coliseum Online Week MENA as regards red tapism prevalent in Romania and what were the challenges CNI faced while constructing three stadia simultaneously for Euro 2020 and too amid global outbreak of the deadly disease – coronavirus – and completed the venues in the face of so much adversities.

Stated Adrian Cefalan, “We are the largest public developer in Romania and we are under the Romanian Government. The CNI was set up in 2001. We invest not only in sports but we also invest in cultural and social causes, hospitals, and local food markets. We hope to have a budget of 300 million euros this year.”

Bucharest (Romania) is one among the 12 European cities which will host Euro 2020 – “Our National Arena in Bucharest which is a big stadium with 54,000 seats will stage three matches in the group stage and one quarter final match.”

He informed that after consultations with the Romanian Football Federation, it was decided to rehabilitate three stadia – the 31,399-capacity Steaua Stadium, the 14,050-capacity Rapid Stadium and the 8,200-capacity Arch of Triumph Stadium.

Rued Cefalan, “The biggest challenge we faced was to build the above facilities keeping Euro 2020 in mind to be able to host the official training sessions of the participating teams. In Romania, the Government gives nod to investments based on feasibility study and after that we need to float a public tender and only after that can we start demolishing the venues and obtain the necessary permits to start construction work. As the whole process is imbued in too much of red tapism, the whole construction process got delayed.”

He said that the solution was to allocate the number of workers relative to the execution deadline, and another solution was to ensure constant financing and a permanent dialog with all the stakeholders, including the local authorities, in order to supervise the construction of the new stadium.

Despite bureaucratic overtones, the CNI was able to taste success – the Steaua Stadium construction started in March 2019 and after 20 months, in November 2020, the stadium was ready and can pack in a crowd of 32,000.

Another arena in Bucharest – Arch of Triumph – work started in August 2019 and the stadium was ready in one year, three months time in November 2020.

“The biggest challenge we faced was in the form of coronavirus. We started construction work on the arenas right after the global outbreak of COVID-19. We decided to continue with stadium construction work by following strict COVID-19 protocols and it paid off,” Cefalan maintained.

“The main focus was to ensure that the venues are abuzz with activities every day and not just on matchdays. To this end, we decided to make them mixed-use arenas with retail space, gyms, eateries, museums so that the financial wheels stay well oiled,” he noted. 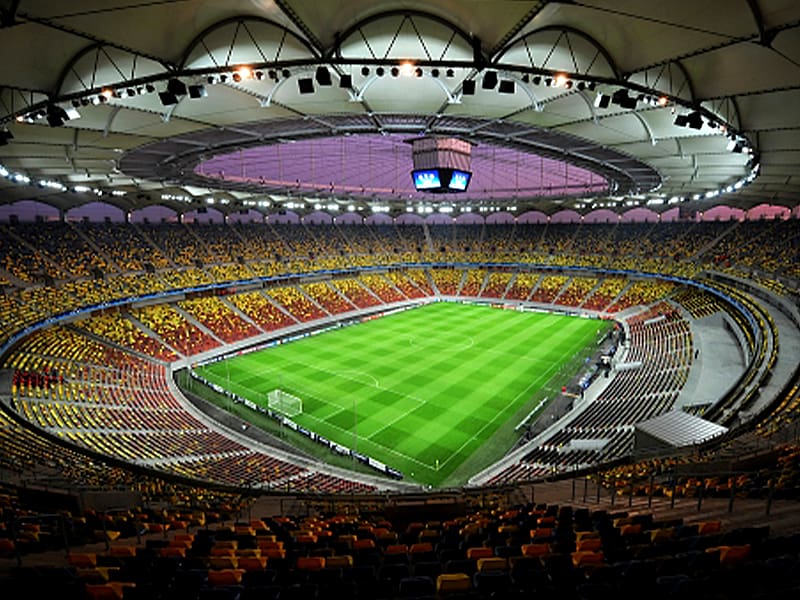 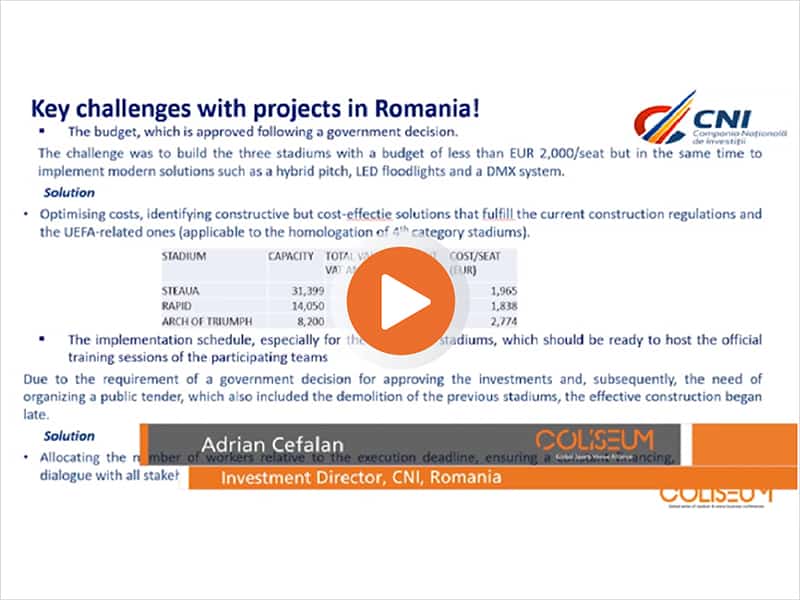 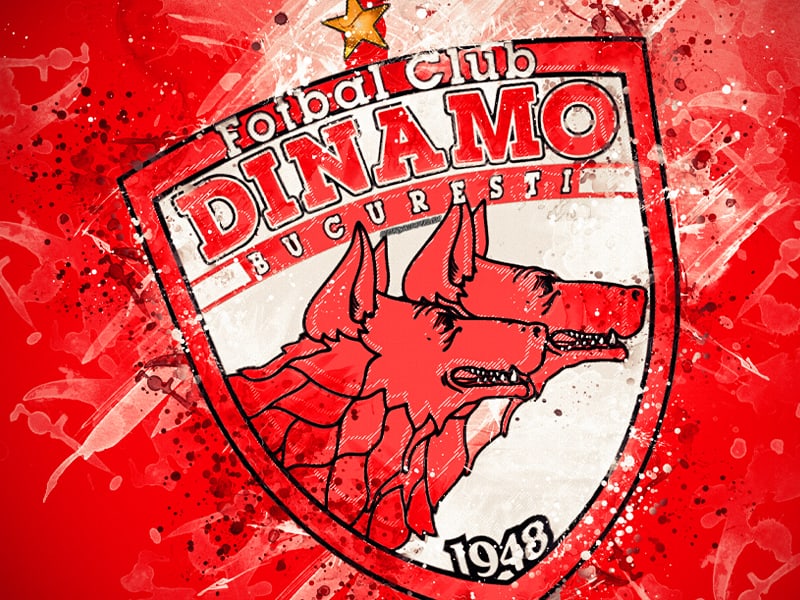 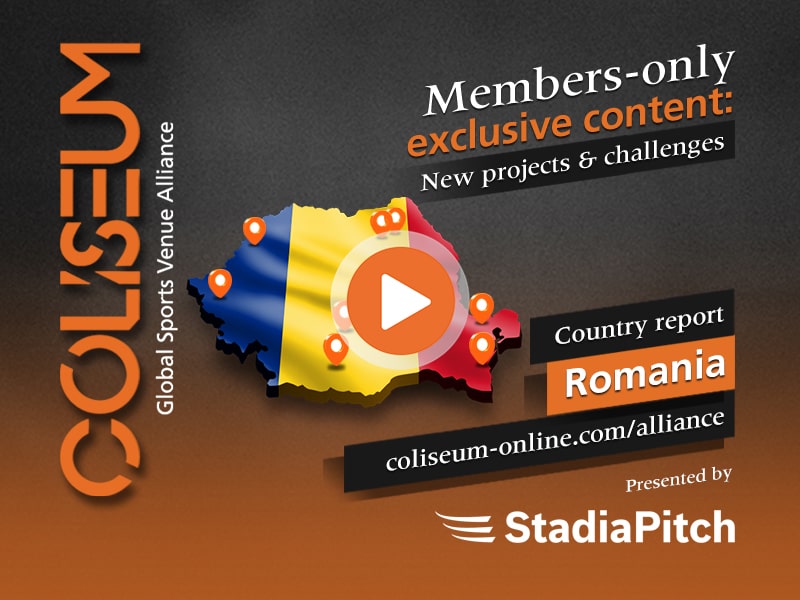