COVID-19 no hindrance to new municipal stadium work in Jena 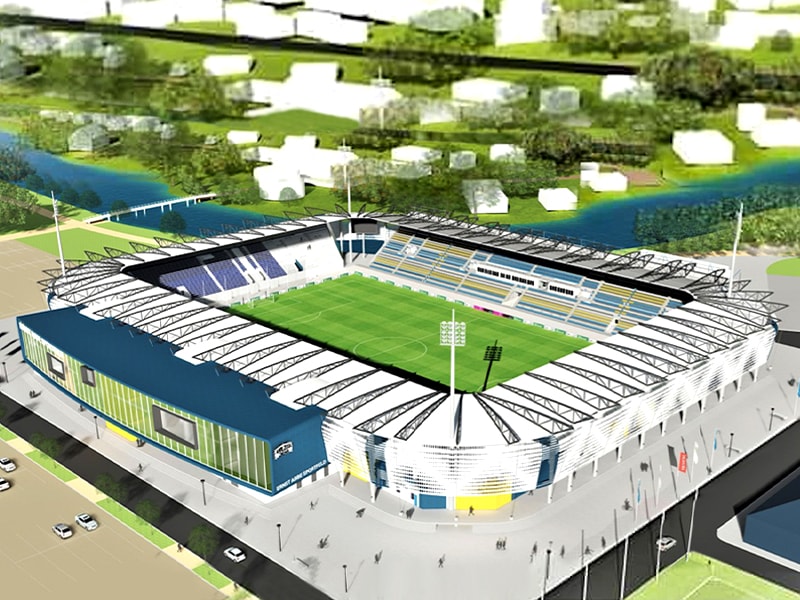 Municipal authorities in Jena (Germany) signed on the dotted line just days before the final deadline on March, which will witness a new 15,000-plus capacity municipal stadium coming up by late 2023. Work is likely to begin in September this year irrespective of the coronavirus situation.

This project has been in the making since the decision was made to redecorate the Ernst-Abbe-Sportfeld into a football stadium in 2015. Official construction and operation tender was launched in 2018 and after two long years of wait it finally met its conclusion on March 27. The city awarded the contract to the winning bidder, which is the JenArena consortium, spearheaded by FC Carl Zeiss investor Roland Duchâtelet.

FC Carl Zeiss Jena is a German football club based in Jena, Thuringia.

Ernst-Abbe-Sportfeld is a sports facility in Jena, Germany, and enjoys a capacity of over 12,990. There are 6,540 seats with 4,010 covered seats in the main stands.

The consortium is now all set to take over the reins of the stadium from municipal officials on September 1 this year. Demolition work at the north curve should follow shortly afterwards.

Proper construction work on the new municipal stadium is expected to follow later, in the second quarter of 2021. This timeline takes note of the ongoing coronavirus pandemic and should not be affected. Construction is still expected to follow its initial delivery deadline of August 2023.

The new municipal stadium will be delivered and then operated by a new subsidiary, EAS Betriebsgesellschaft mbH, in which the city of Jena has 25.1 per cent of shares. However, the Jena municipal authorities will have a say in all pertinent matters related to the stadium whose price tag will be an estimated €48.8 million.

The old Ernst-Abbe-Sportfeld in Jena is all about to lose its running track, along with policy approved back in 2015, and turn into a football-specific venue. Only the main grandstand will remain from its current auditorium, following its refurbishment.

Four existing floodlights are also to be retained and incorporated into the new venue. This is somewhat ironic as the stadium’s old, iconic masts (known as the giraffes) had previously been knocked down to make way for stadium reconstruction. New, smaller towers were erected in 2017 and it’s those structures that will be part of the new stadium.

The old stand will be accompanied by three conjoined grandstands, in the shape of the letter C. Both stands along the sides will have seats and the new south-east straight will also offer extensive facilities for hospitality and club use. The total capacity will go beyond 15,000, of which 9,200 will be seated. Expansion to some 17,000 is envisaged as an option for the stadium.

The reconstruction is expected to be a phased exercise in order to enable constant football use by FC Carl Zeiss Jena. Its funding is a public-private partnership. Public authorities will cover €15 million (of which the land of Thuringia is expected to contribute €11 million and the city further €4m) out of the €48.8 million budget. In return for covering the remaining portion, private investors associated with the football club and local basketball arena is to receive an annual subsidy of €1.7 million over 25 years.