Qatar’s capital Doha was named host of the 2019 Athletics World Championships on Tuesday. The International Association of Athletics Federations (IAAF) announced Doha had beaten off Barcelona and Eugene, Oregon, for the event after missing out to London for the 2017 edition.

“I am sure that in Doha we will have a wonderful edition of the World Championships,” IAAF president Lamine Diack was quoted by Agence France-Presse as saying. Diack said the three bids were “the best presentations we have ever had”.

Doha beat Eugene by 15-12 in the second round of voting by IAAF after Barcelona’s elimination.

Qatar Olympic Committee secretary-general Sheikh Saoud bin Abdulrahman al Thani, who led Doha’s bid, said: “It’s a privilege and honour to have the trust of the IAAF. I am very delighted that these championships are going to be for the first time in the region. I’m confident that with the help of the IAAF we will organise one of the best world championships.”

Doha has proposed holding the event in from September 29-October 6, with marathons to be held in the evening, in an attempt to avoid the hot summer month of August, when the championships are usually held.

Doha has said that the championships will be focused around Khalifa International Stadium, which is currently being renovated, and the Qatar National Convention Center. “We have worked very hard in developing athletics… We are ready to move to the next step and organise a real world championship,” Sheikh Saoud said during Doha’s presentation in Monaco.

The 2015 world championships take place in Beijing from August 22-30, while the London 2017 event is also scheduled for August.

Since successfully staging the 2006 Asian Games, Doha has fought hard to become a world-renowned sports event city. It held the 2010 World Indoor Athletics Championships, and for several seasons the opening meet of the Diamond League, in May.

It will also host the World Swimming Championships in December and in January the men’s World Handball Championships. 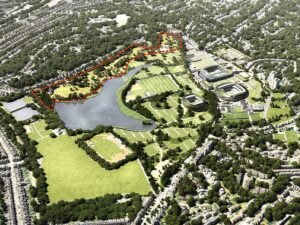