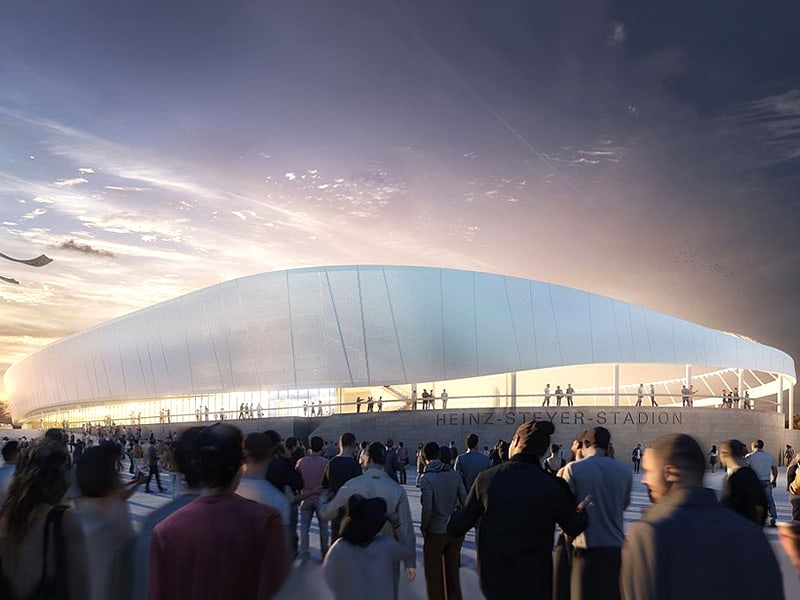 Construction company STESAD GmbH has commissioned the renovation and expansion of the Heinz-Steyer-Stadion in Germany. With this a futuristic facility will be set up that meets today’s demands for modern training and at the same time acts as a centerpiece of Dresden’s urban sports infrastructure. The rehabilitation work is expected to be completed in 2023.

The Heinz-Steyer-Stadion in Dresden, Germany, is a football and athletics stadium currently used by the German multisport club Dresdner SC. In its early days it had a capacity of about 30,000 but is currently restricted to a few thousands for sports events. It was also the first stadium of Dynamo Dresden.

Dresdner SC is a German multisport club playing in Dresden, Saxony (Germany). Founded on April 30th, 1898, the club was a founding member of the German Football Association in the year 1900.

Dynamo Dresden is a German football club in Dresden, Saxony. After the reunification of Germany in 1990, Dynamo played four seasons in the top division Bundesliga (1991-95), but has since shuttled between the second and fourth tiers. Though the club used to earlier play in the Heinz-Steyer-Stadion, but its present digs is the Rudolf Harbig Stadion in Dresden, Germany.

Earlier, the whole tender process for redecorating the venue saw stiff competition and the 13-person jury unanimously decided in favor of BAM Sports GmbH, Germany, who would redecorate the facility.

bam-deutschland.de sources stated that the most significant facet is the superior quality which the venue will boast of in terms of sports functionality, the inclusion of the existing North stand and the urban look which the structure will wear.

The stadium which enjoys an area of 9,132 m² will be upgraded to a multifunctional sports facility boasting plush facilities with main impetus on athletics. Once the transfiguration work is over, the arena will be able to accommodate up to 15,000 more spectators. In order to lend the vibrant atmosphere of a stadium in the real sense of the term, the South Stand, the existing North Stand and areas of the East and West curve will be brought together in a uniform overall shape by a spanning band. The uniform appearance of the facility will be additionally reinforced by a translucent metal curtain wall, which can also be employed as a multimedia advertising and information area. The construction of a fencing hall, multifunctional sports, fitness and conference rooms, space for sports medicine, offices and clubs as well as catering are also being planned as part of the revamp work.

bam-deutschland.de sources added that hosting all kinds of sports under one roof best serves the purpose which would be in the case of the reconfigured Heinz-Steyer-Stadion. The various spaces of the arena would be positioned in such a manner so that they correspond to the usage-specific requirements. For example, the rooms will be built in such a way so that enough daylight comes in. In the same way, the sales areas should be easily accessible to the visitors. A new plaza will also be built between the ball sports arena and the Heinz-Steyer-Stadion as the central entrance to the Ostra Sports Park. This space will be used for holding sporting fixtures or other events. 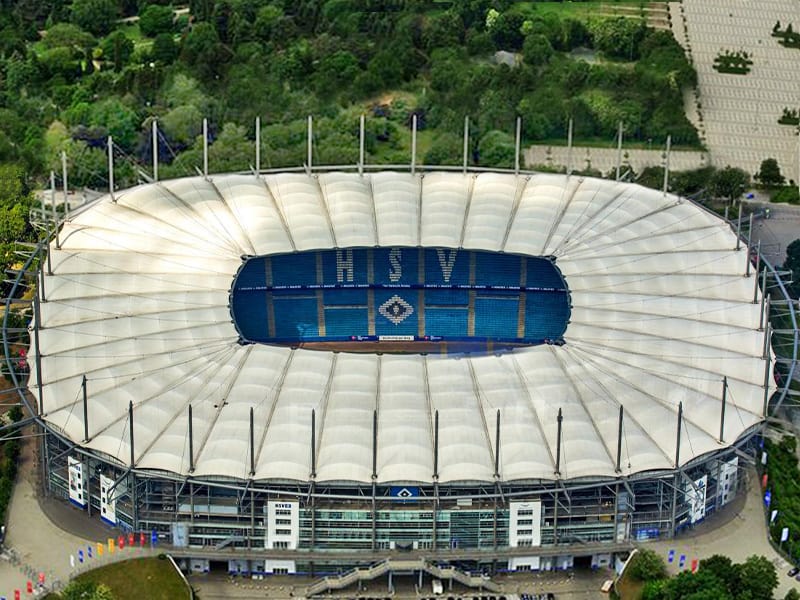