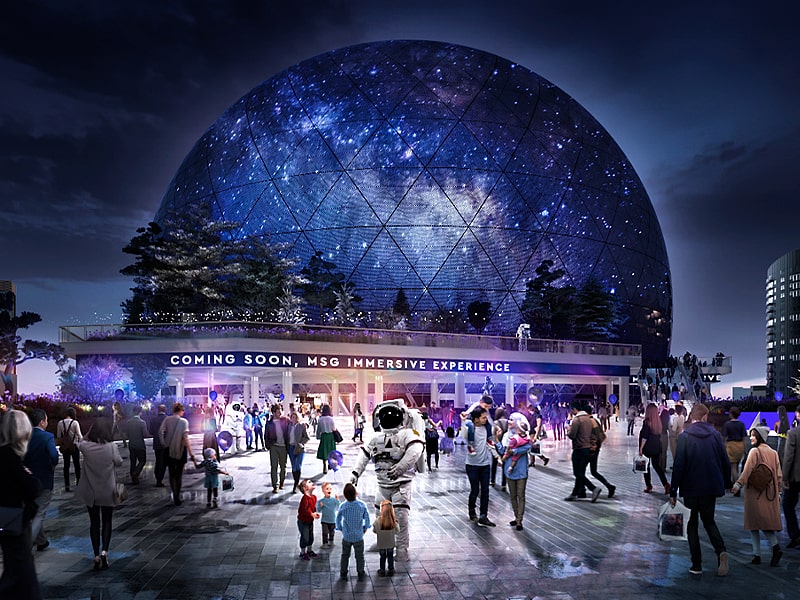 The Madison Square Garden (MSG) Sphere in Stratford, London, (UK) has been given the go-ahead by the local authority’s planning committee, three years after plans went in.

The ‘Construction News’ stated that Members of the London Legacy Development Corporation (LLDC) Planning Decisions Committee voted through the proposals after a lengthy planning meeting which ran until midnight on March 22nd. Six committee members voted for the proposals with four voting against it.

The MSG Sphere London is a proposed music and entertainment venue to be built in the Stratford area of London, England, UK.

The MSG Sphere London is a building project of United States-based The Madison Square Garden Company, and financed by former Cablevision owner Charles Dolan and his son, James L. Dolan. If approved, it will be identical to the MSG Sphere in Las Vegas (US), which is also backed by James Dolan, with an expected completion date in 2023. Both buildings have been designed by the architectural firm Populous.

The ‘Construction News’ further stated that the approval marks the passing of a major hurdle for the project. However, the final decision will be made by the Mayor of London, Sadiq Khan.

The vote took place in a special public meeting held at the 80,000-capacity London Stadium on the evening of March 22nd.

The proposal to build a sphere-shaped entertainment venue enveloped in LED light displays was presented to the Planning Decisions Committee, which is the overseeing authority for the Queen Elizabeth Olympic Park.

Last week, a Planning Inspector published a report on the plans and recommended it for approval. The inspector, Daniel Davies, also recommended that MSG provide blackout curtains to students and residential properties within 150 meters of the Sphere’s façade, to deal with light spill effects.

US-based entertainment firm MSG had submitted plans for the 21,000-capacity arena in March 2019. Over the past three years, the decision about the project has been delayed several times.

In March 2021, the LLDC cited purdah (pre-election period) rules and postponed it until after the London Mayor elections on May 6th, 2021. The date was then pushed to September 28th, 2021, but that was canceled without any public explanation.

MSG Sphere has also been challenged because of the unusual nature of the build, particularly, the skin of LED lights which has been proposed as a display of advertisements or a screen for performances. Crossrail and MTR, who will operate the Elizabeth Line, said there were concerns about the LED screens dazzling drivers. MSG has said it was working on a strategy for rail safety.

There were also concerns that transport infrastructure in the area may become overloaded because of the scheme’s proximity to the 20,000-capacity O2 arena and the Premier League team West Ham United F.C.’s football stadium – the London Stadium. In late 2019, MSG said it would fund a new Eastern entrance at Stratford rail station to ease overcrowding.

The O2 arena owners AEG have opposed the scheme from inception and said in a statement recently that the “drip feed of documentation” in the planning application made it hard for stakeholders to properly understand the details of the proposal. Earlier, AEG had also raised concerns about the lack of transparency in the process.