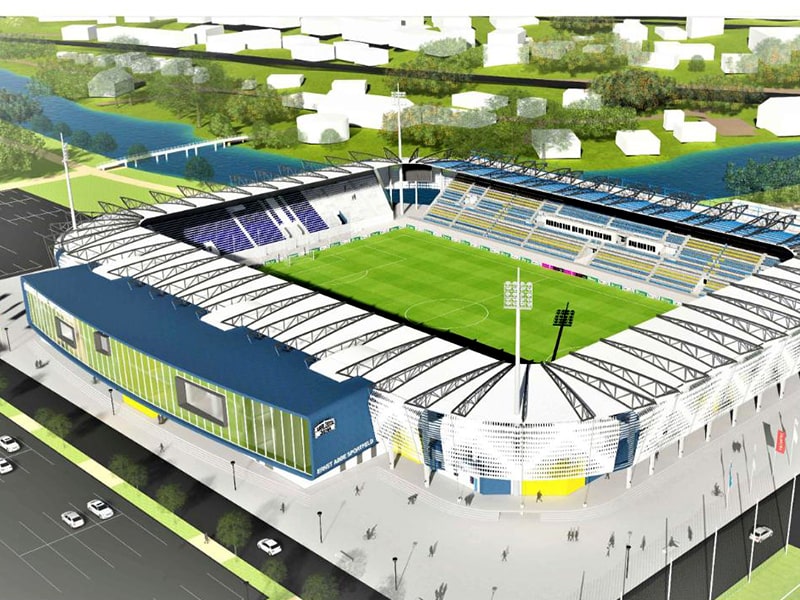 Reconfiguration of Ernst-Abbe-Sportfield in Jena, Germany, will finally see the light of day after nearly a decade in the making. With private partner selected by the city of Jena, works could begin in 2020.

A significant decision was taken in the German city Jena recently. In a closed-door meeting, the local council voted in favor of accepting the offer made by private consortium spearheaded by Belgian Roland Duchatelet, investor and shareholder of FC Carl Zeiss Jena.

While the decision is yet to be endorsed, it is nevertheless an important step forward and may finally put the lid on the Europe-wide tender launched back in early 2018. If everything goes on course, reconstruction work is likely to begin in 2020 and will be over by 2023.

As per a policy which was given the nod way back in 2015, the old Ernst-Abbe-Sportfield will be metamorphosed into a soccer-specific stadium. Following the revamp, only the main grandstand will remain from its current auditorium.

The new facility will also be equipped with four existing floodlights. This is somewhat ironic as the stadium’s old, iconic masts (known as the giraffes) had earlier been pulled down to make way for rebuilding the stadium. New, smaller towers were erected in 2017 and it’s those structures that will be part of the new arena.

Three conjoined grandstands will go with the old in the shape of the letter C. Both stands along the sides will have seats and the new south-east straight will be armed with extensive hospitality facilities and club use. The stadium will be able to accommodate more than 15,000 spectators, of which 9,200 will be seating facility. An option will be there to expand the capacity to 17,000.

The rebuilding work will be a phased one to facilitate constant football use by FC Carl Zeiss Jena. Its funding mode is a public-private partnership. Public authorities will cover €15 million (of which the land of Thuringia is expected to contribute €11 million and the city further €4m) out of the €48.8 million budget.

In lieu of covering the remaining portion, an annual subsidy of €1.7 million over 25 years will be given to private investors associated with the football club and local basketball arena.