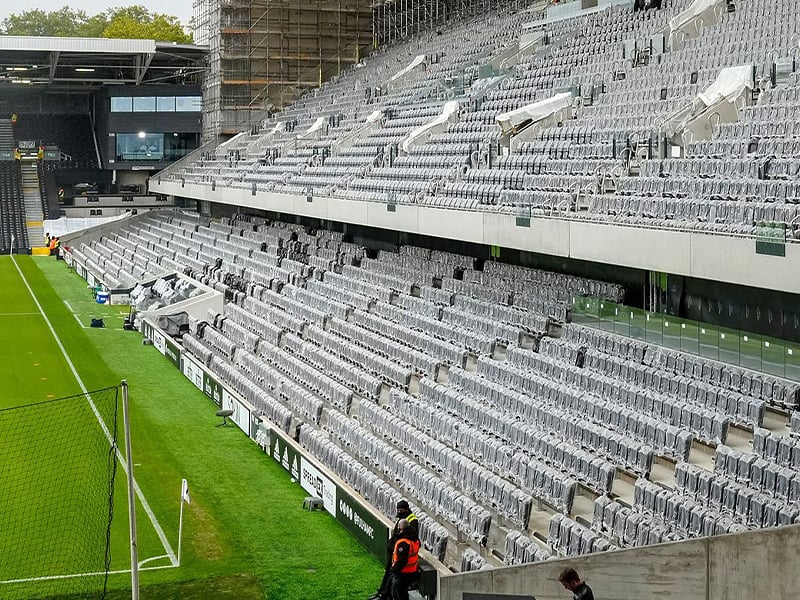 The Championship team Fulham F.C. (UK) has announced that supporters will be welcomed back onto the riverside next season, with the opening of the lower tier of the new Riverside Stand from this Summer.

The ‘Fulham FC’ stated that the complex nature of the project, coupled with implications arising from the coronavirus pandemic which had the United Kingdom in its throes, means that the development of Fulham Pier will continue throughout the next season – including the completion of interior fit-outs of spaces throughout the venue.

The Fulham Football Club is an English professional association football club based in Fulham, London (UK). They currently compete in the Championship, the second tier of the English football league system. Founded in 1879, they are London’s oldest football club playing professionally.

The Craven Cottage is a football ground in Fulham, West London, England (UK), which has been the home of Fulham F.C. since 1896. The ground’s capacity is 19,359.

The ‘Fulham FC’ further stated that whilst the club is preparing for full occupancy, ahead of the full opening of the Riverside Stand and Fulham Pier in the Summer of 2023, the opening of the lower tier represents the first phase of supporters being located in the new stand – a milestone moment in the development of the project.

During the 2022-2023 campaign, Season Tickets will become available in the lower tier on a single season basis, providing the first opportunity for supporters to experience the new stand.

The new Riverside Stand will provide some of the very best seats Craven Cottage has ever had to offer, allowing unprecedented views of the matchday action.

Fans will have the chance to immerse themselves in the thick of the action, with the lower tier offering exceptional perspectives of the pitch, alongside and directly behind the dugouts, allowing one to see the match unfold through the eyes of the Head Coach.

The current Season Ticket Holders who previously had a seat in the former Riverside Stand prior to the project beginning in 2019 will be prioritized to purchase seats in the new stand. More information on this will follow in the coming days.

Everyone at the club is thrilled to welcome fans to the Riverside as Fulham F.C. embarks on an exciting new chapter in the history of Fulham Football Club.