The global esports entertainment company BLAST has partnered with AD Gaming – a gaming and esports initiative – to bring its global esports tournament to Abu Dhabi.

‘Gulf Business’ stated that the BLAST Premier World Final will be held for the first time in the capital later this year as part of a three-year partnership.

BLAST is a global esports entertainment company – working with highly-regarded broadcasters, brands and communities across the world to innovate and deliver incredible entertainment.

The most explosive, engaging and entertaining esports event in the world, BLAST Premier is a global circuit of events that deliver elite-level Counter-Strike and world-class entertainment for everyone.

‘Gulf Business’ further stated that the tournament which will be held in the Etihad Arena on Yas Island from December 14th-18th, 2022, will feature eight of the top esports organizations in the world against one another for the chance to win the $1m prize pool and the title of Counter-Strike champions in 2022.

The Etihad Arena is an indoor arena in Abu Dhabi, United Arab Emirates (UAE), located on the Yas Bay Waterfront district of Yas Island. Designed by HOK, the capacity of the venue is 18,000 and it is operated by Flash Entertainment.

Counter-Strike is a series of multiplayer first-person shooter video games in which teams of terrorists battle to perpetrate an act of terror while counter-terrorists try to prevent it. The series began on Windows in 1999 with the release of the first game, Counter-Strike.

Information on tickets and live audience dates for the tournament will be announced at a later date.

The World Final, the seventh and final match in the BLAST Premier tournament series, will mark the completion of the 2022 CS:GO (Counter-Strike: Global Offensive) season.

The competition, which is split into two seasons, awards spots in the World Final to the top four teams on the ‘Race to the World Final Leaderboard’, as well as to teams who win the Spring and Fall Seasons. The champions of ESL Season 16 and the ESL Rio Major will round out the lineup.

FaZe Clan – the professional esports and entertainment organization headquartered in Los Angeles, California, US – was the first team to book their ticket to Abu Dhabi after triumphing in the ESL Pro League Season 15 and winning the PGL Antwerp Major, while the Ukrainian esports organization NAVI were the latest to qualify having won the Spring Final in Lisbon (Portugal) recently.

Commented Charlotte Kenny, Managing Director of BLAST Premier, “As part of our Host Cities process, we are always on the lookout for leading locations and arenas all around the world. Abu Dhabi is the perfect location to follow on from this month’s highly successful Spring Final in Lisbon and November’s Fall Final in Copenhagen (Denmark). The World Final will follow in the footsteps of popular sports such as the Ultimate Fighting Championship (UFC), F1 and National Basketball Association (NBA) in hosting major events in Abu Dhabi and the remarkable Etihad Arena provides the perfect stage for our World Final event.”

Added James Hartt, Director of Strategic Partnerships at Abu Dhabi Gaming, “BLAST is truly a world leader in the esports industry, so their commitment to Abu Dhabi perfectly demonstrates the scale and impact of the Emirate’s growing gaming and esports sector, both in terms of the industry and the player community. Crucially, it also shows a deep trust in the growth and untapped potential that Abu Dhabi has to offer. Through the incredibly exciting CS:GO World Final, this latest partnership augments Abu Dhabi’s status as a global center for the creative industries and will drive the long-term development of this strategically important sector.”

Put in Taghrid Alsaeed, Executive Director of Group Communications and Marketing Strategy at Miral, “Yas Island has become a top destination for events and having this event as well is a testament to achieving our vision of positioning the island as a top global destination for entertainment and leisure. We look forward to welcoming fans to this exciting tournament.”

Meanwhile, the event aligns with AD Gaming’s wider strategy and commitment to aggregate Abu Dhabi’s drive to build a thriving gaming and esports ecosystem, and continue to promote the City as a global gaming hub.

Since being established in 2021, AD Gaming has brought over 30 game developers into the capital, providing them world class industry support to fuel their success stories from the Emirate whilst generating countless opportunities for local and international talent, both now and in the future in this booming industry. 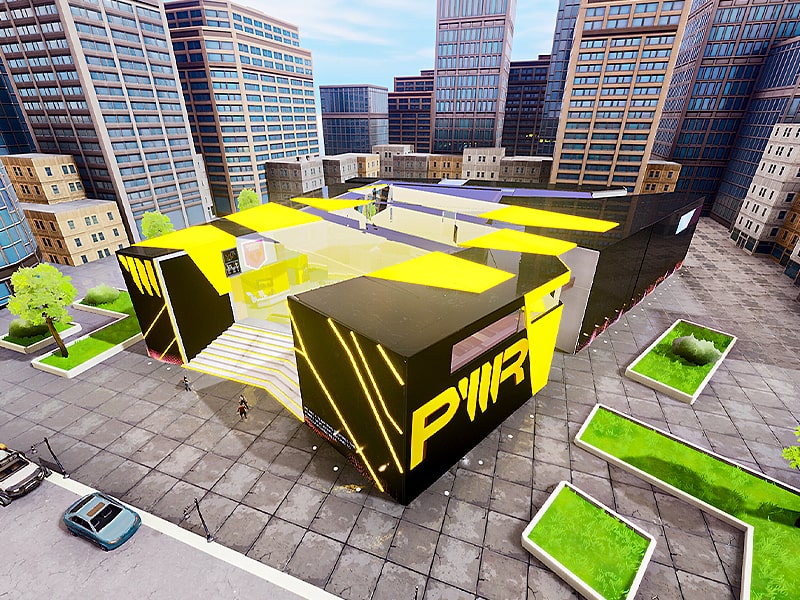