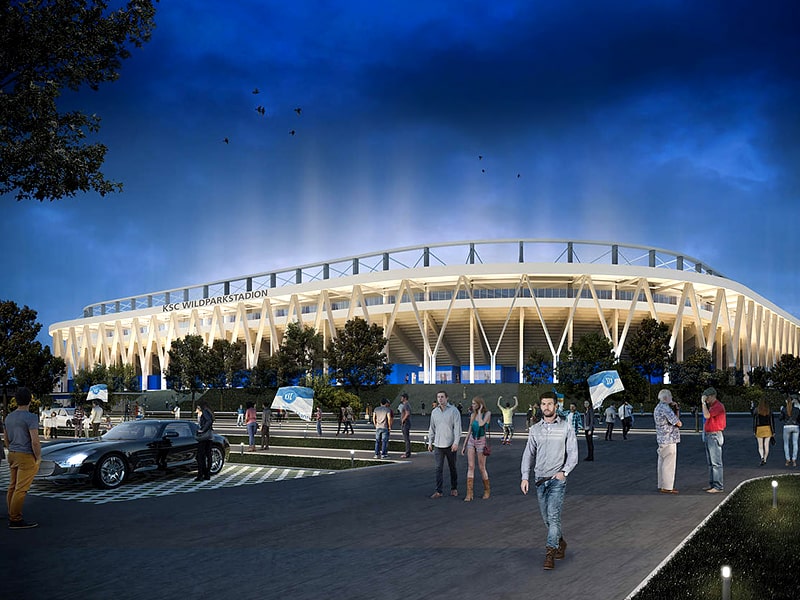 The construction of the Karlsruhe Wildpark Stadium in Germany is proving to be a very expensive affair. Media reports stated that an amount of 15 to 30 million euros additional expenditure is currently emerging, which is but necessary to fund the project. The costs spiralling are due to the wrong decisions taken as far as the drainage system is concerned.

There are two major stadia under construction in Germany at the moment, in Freiburg and Karlsruhe. The latter one saw groundbreaking in mid-December of 2019 with BAM contracted for €77 million. The first phase of the development covers the east stand, and the structure is already rising.

The 34,700 capacity SC Freiburg Stadion (home of German football club SC Freiburg) is at Freiburg in Germany. The city of Freiburg decided to build a brand new football stadium in Wolfswinkel area, close to a local airport. It’s part of a much larger urban scheme that will see residential estates skirting the development.

Launched in 2016, the international tender for best and most efficient stadium concept was won by renowned companies HPP and Köster who proposed simple yet distinctive architecture along with a solid infrastructure for €76 million, below the city’s initial estimates of €80-90 million. The first game is likely to be played in this venue in mid-2020.

The Wildparkstadion at Karlsruhe in Germany – whose construction cost has overshot – will fit in 34,302 fans and is expected to deliver in 2022. However, the contractor for the project – BAM Sports – is asking for an increase in the budget if the stadium is to be delivered as planned for 2022.

The 34,302-capacity stadium which will serve as the home facility of the German association football club Karslruher SC might, apparently, cost €15-30 million more than anticipated. The increase has been attributed to fire safety requirements, rising construction market prices and issues with rainwater basin that is proving to be too small at 1.7 million liters.

The rise in expenditure might prove to be a headache for the city, because the stadium budget was supposed to be repaid over time through Karlsruher SC tenancy deal. However, cost overruns would not be covered in such way, just as infrastructural spending around the future stadium.

The new Wildparkstadion will replace the old one, leaving the playing field intact.

Architecturally, the stadium will be simple, with key aesthetic feature in the form of Y-shaped pillars, rhythmically surrounding the stands. More opaque facade isn’t planned for economic reasons. Lightweight membrane canopy will not allow for the erection of significant solar plant, though panels are planned in the south-west.

The auditorium will have a uniform height of 40 rows, however, all stands will visually be divided into two levels by an internal promenade. It will split the sections to 10 rows of lower tier and 30 rows of the upper one, while allowing fans to walk around the stadium without losing track of the game.

Apart from the water basin issue, the expenditure going through the roof is due to implementation of fire protection measures and streamlining the transport link. All said and done, the project would become more expensive anyway due to expected increases in construction costs. 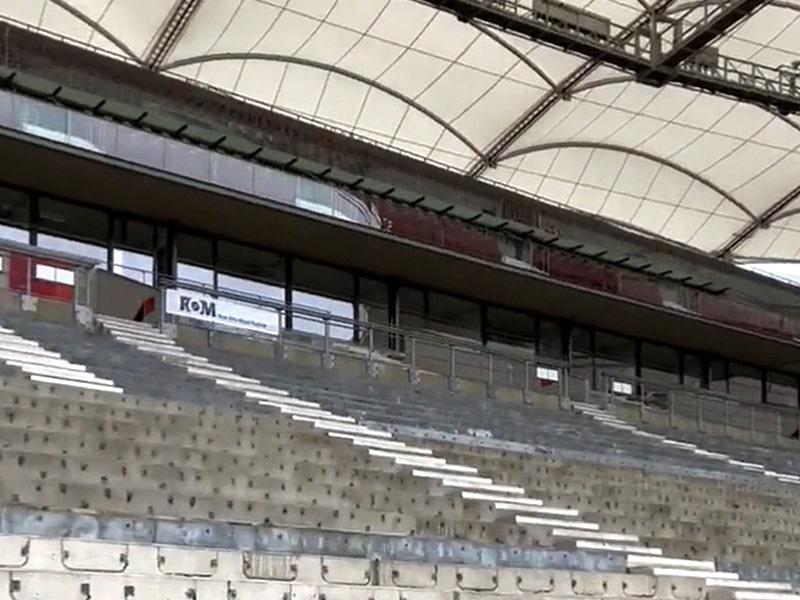