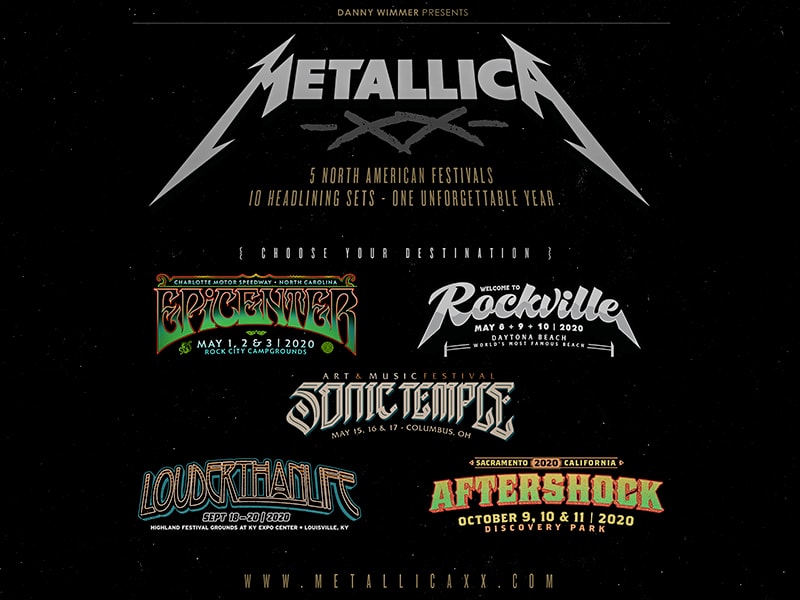 The Sonic Temple, Welcome To Rockville and Epicenter festivals, all of which were lined up to take place in May in US this year, have been canceled as COVID-19 continues to spread its tentacles.

Danny Wimmer Presents, which is said to be one of the largest independent music festival producers in America, released the following statement about the fate of their May 2020 events:

“There are no pre-existing guidelines for what festivals should be doing during this unprecedented time. Like the rest of the music industry, we continue to assess new information and make the best-educated decisions possible. We know you have been anxious for updates from us and we are at a point where we can answer many of your questions about how each of our festivals may be affected by COVID-19.”

The statement further read, “We are crushed to say that Epicenter, Welcome To Rockville and Sonic Temple are being canceled due to the Governmental restrictions on mass gatherings. We respect these directives and recognize they are in the best interest of the greater good, as well as the health and safety of our fans, musicians, partners, and staff.”

The statement added, “Before accepting this fate, we worked really hard to try to reschedule the festivals. Unfortunately, scheduling conflicts, venue availabilities and a number of other factors out of our control made postponing impossible. Make no mistake, each of these festivals will return in May 2021 bigger and stronger than ever! Let’s be perfectly clear – FULL REFUNDS will be available to everyone who has purchased passes to Epicenter, Welcome To Rockville and Sonic Temple.”

“In addition to offering refunds, many of you have said that you would prefer to apply your 2020 purchases towards next year or exchange your pass for another one of our 2020 festivals. Based on your feedback, we are offering pass holders three options:

“Complete details will be emailed out to our pass holders within 72 hours,” the statement concluded.

As COVID-19 shows no signs of abatement and wreaks havoc on major music festivals, live event organizers have been canceling or postponing large gatherings of major concerts worldwide. The dreaded virus has assumed a larger than life proportion globally.

Health experts say that that all concerts — from clubs and amphitheaters to arenas and stadiums — should be shut down for the foreseeable future. That will have to be done keeping in mind the larger interests of the human race.