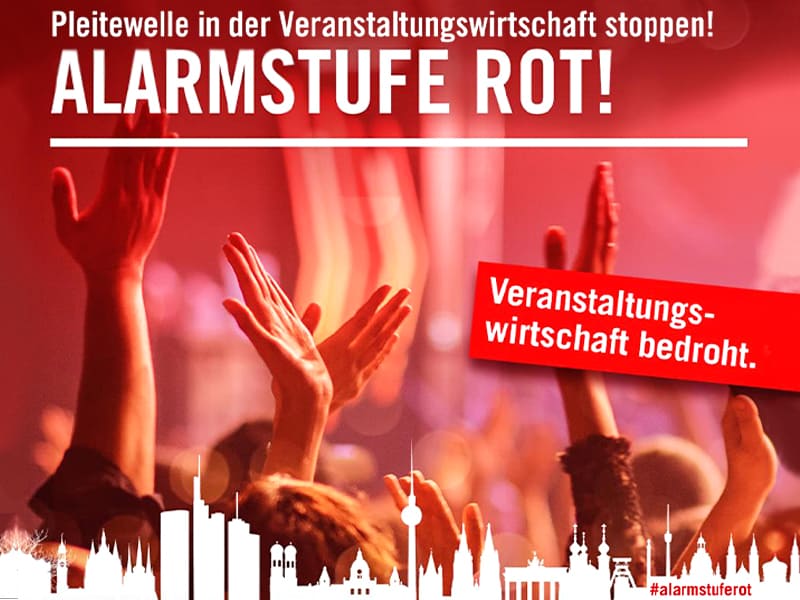 #AlarmstufeRot – an alliance of associations of the German event industry – has pooh-poohed the Federal Government’s claim that it had provided financial injection of 10 billion euros in November 2020 as aid to bail out the event industry in Germany which is facing the cataclysmic effects of COVID-19. It demanded that the Government should pull out the events industry from the woods.

A statement on the #AlarmstufeRot website states that the alliance plan and implement social and cultural events as well as business-related events which make for over 80 percent of all events in Germany. In this manner, the alliance guarantees an economic, intellectual and cultural diversity which goes on to strengthen the economy and enrich the society.

Germany entered a second partial lockdown on November 2nd to try to arrest the rising cases of coronavirus ripping through the country. However, the lockdown is not as stringent as the virtual shutdown of the economy that took place in March and April.

The impact on many businesses will still be severe due to the partial lockdown, particularly in the entertainment and leisure sector.

A statement sent out by #AlarmstufeRot read, “The Federal Government is just putting on a pretence that it wants to save the industries – which includes the events industry – facing funds crunch due to the debilitating effects of coronavirus. On the one hand, it proclaims extending aid and on the other hand, the whole process is entangled in red tape to such an extent accompanied with a surfeit of conditions that the affected industries end up receiving no aid. The Government’s whole financial bailout claim is nothing but a hoax and will only bring relief to a segment of the industries.”

The #AlarmstufeRot statement added, “For theaters, movie houses and restaurants, 75 percent of November 2019 turnover will be reimbursed by the Government. However, the Government is turning a Nelson’s eye to the events industry. By attaching a lot of conditions to the bailout package announced in November, the Federal Government is making the ride bumpy for the events industry and the clauses are such that it goes on to benefit only select group of industries. Almost 90 percent of companies in the event industry of Germany will not get benefited by the financial package announced.”

On its last legs?

Nico Ubenauf, a part of the #AlarmstufeRot, was also livid with the Government, “The Federal Government is only helping those industries which it considers worth saving. The rest of the industries have been left to perish as it does not meet the Government’s long list of criteria. This notwithstanding the fact that the event industry is the sixth largest in Germany and constitutes a major chunk of the economic pie with over 100,000 companies and over a million employees. It is way ahead of the automobile industry. The Federal Government is trumpeting its bailout package just to grab media’s attention and make headlines. They are not genuinely interested in the welfare of the German people per se. These bailout packages are just for the pressers and to make headlines, in reality the industries which are in dire straits have been left to their own devices.”

The #AlarmstufeRot further maintained that politicos from both the ruling party as well as the Opposition shouted from the rooftops in various meetings and rallies that they had enough money in the coffers to bail out the events industry whose contributions toward the cultural firmament of Germany cannot be undermined. Olaf Scholz, Federal Minister of Germany for Finance, had publicly acknowledged that enough money is available to resuscitate the events industry which has taken a huge beating due to COVID-19.

The #AlarmstufeRot statement further added, “However, the Government’s big declarations in public meetings did not get translated into actions. The industries which have been able to keep the powers that be in good humor have been beneficiaries of the bailout package. The fact is that 88 percent of events in Germany are business-oriented like trade fairs and tech shows where the country makes heavy profits in terms of export. Only 12 percent of the events are related to culture and the events industry. This is why the Federal Government is giving priority to the business industry which rakes in the moolah and has left the events industry in the lurch during these uncertain times created by the pandemic.”

The representatives of the action alliance #AlarmstufeRot concluded their statement by asserting that, “Fearing legal action, the Federal Government has ensured that the hospitality industry is benefited from the financial bailout package announced this November. The hospitality industry is not in a very bad shape and made brisk business in summer and thus made up for the lost Spring sales. However, they are receiving subsidies in billions from the Government. On the other hand, the events industry has totally shuttered since March when COVID-19 let hell loose on the world – not a single revenue has been generated in the last eight months and yet there is no financial package for us. The Government of Germany has sounded the death knell of the events industry.” 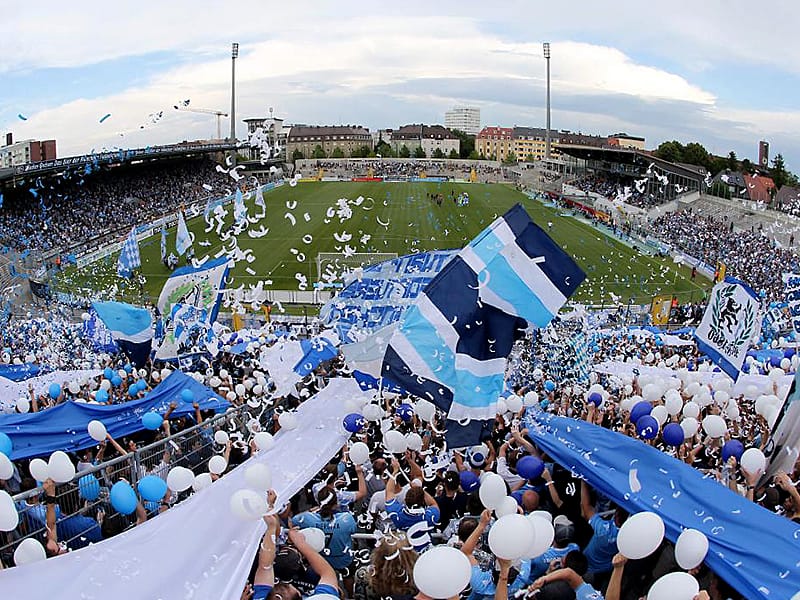 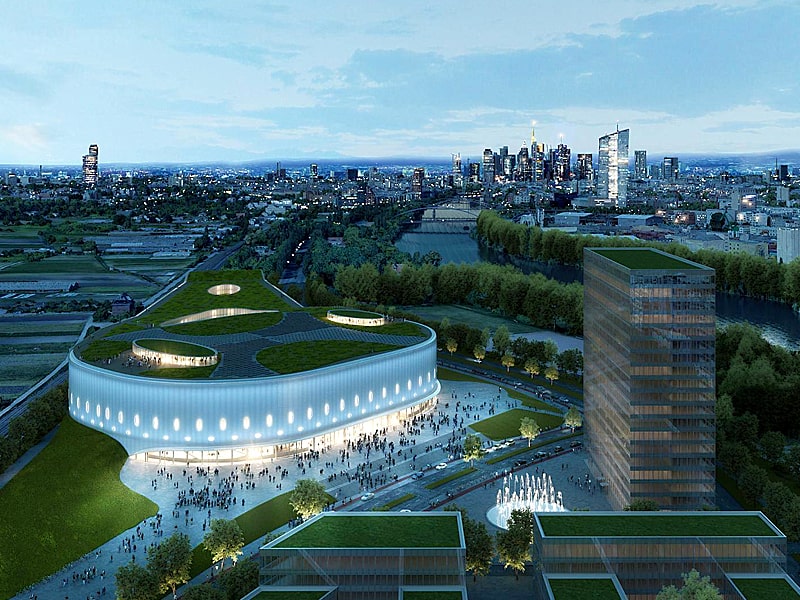 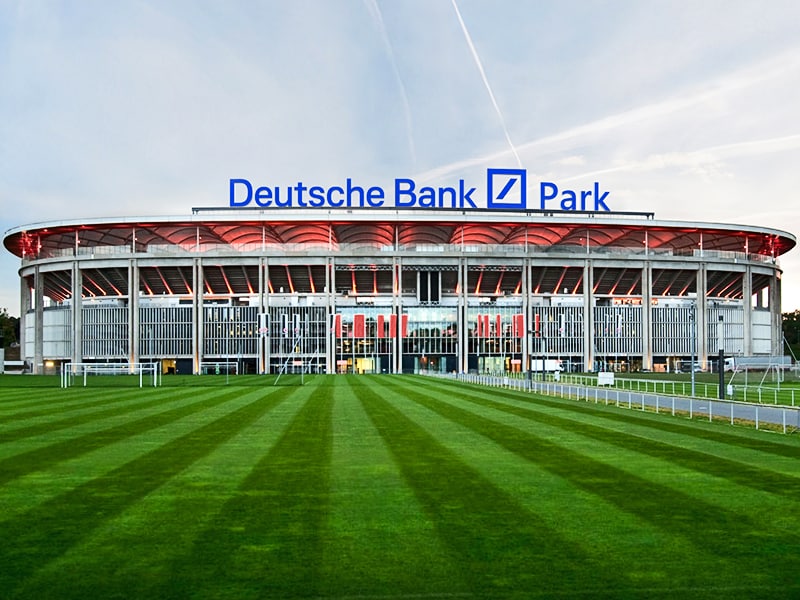