Grünwalder Stadium revamp not before 2026 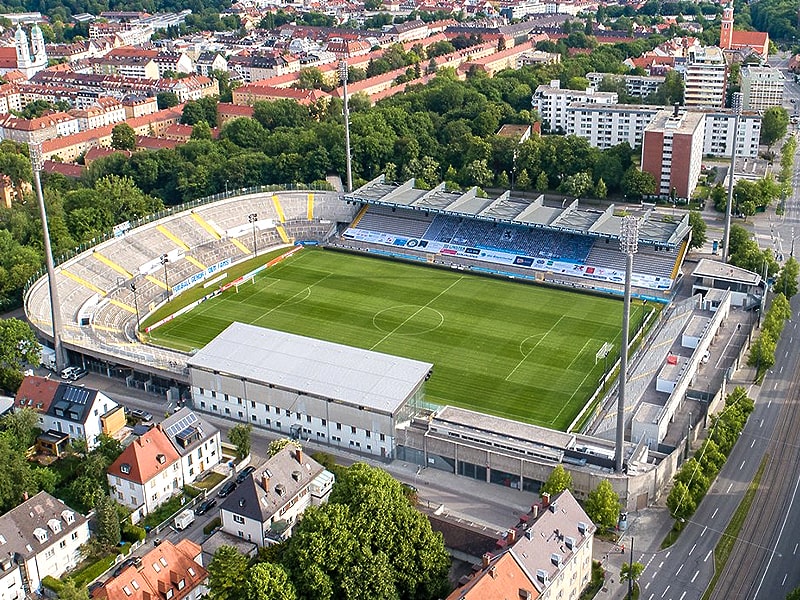 The Sports Committee of the Munich City Council voted for a comprehensive renovation of the Grünwalder Stadium (Germany). However, the rehabilitation exercise is expected to begin in few years.

The ‘kicker’ stated that as the various factions – Social Democratic Party (SPD) and Volt Germany as well as the Greens and Pink List – announced on March 30th, the repurposing work price tag is likely to be 77 million euros. For organizational reasons, however, the repurposing work will only begin in 2026. The General Assembly still has to give its nod to the above decision.

Futuristic touch to the Grünwalder Stadium in Munich, Germany – which has been a foot-dragging affair – is finally expected to take shape.

The ‘kicker’ further stated that in the future, the home of the 3.Liga team TSV 1860 Munich will boast room for more spectators. Once rehabilitated, the residents living nearby will also be spared the noise pollution. A photovoltaic roof will be installed as the revamped stadium will be high on the sustainability quotient.

The City Council wants total commitment from the clubs who are presently the tenants of Grünwalder Stadium – the TSV 1860 Munich and FC Bayern Munich II (reserve team of Bundesliga giants Bayern Munich). The TSV 1860 Munich is a sports club based in Munich (Germany). After the 2016-2017 seasons, the club’s football team was relegated from the 2. Bundesliga and presently plays in 3. Liga.

Averred the sports policy spokeswoman for the SPD/Volt Group, Kathrin Abele, “We now want a clear commitment from the clubs that they will use the stadium in the future as we will be expending a lot of money to lend avant-garde touch to Grünwalder Stadium so that it falls under the plush category of stadia.”