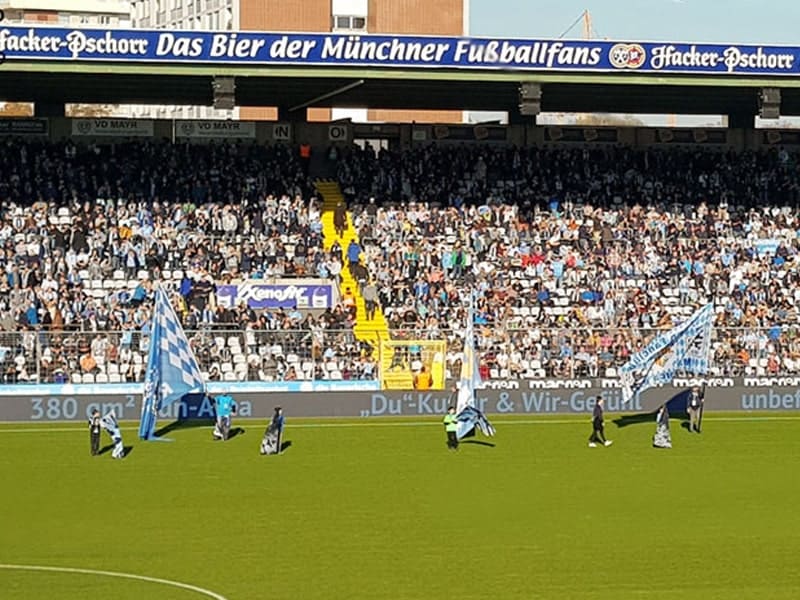 The third Mayor of Munich Verena Dietl visited the Grünwalder Stadium in Munich, Germany, recently for an on-site meeting with the Building and Sports Department. The rehabilitation plans for the stadium is likely to be finalized in autumn.

Grünwalder Stadion is a football stadium in Munich, Germany. It was built in 1911 and was the home ground for 1860 Munich until 1995. Local rival Bayern Munich also played in the stadium from 1926 until 1972, when they moved to the new Olympiastadion in Berlin, Germany.

‘Abendzeitung Muenchen’ reported that all parties in Munich are unanimous on the point that the stadium which sits on Grünwalder Straße should wear a chic look. For some time, there have been plans to make the home ground of Munich sports club TSV 1860 Munich and FC Bayern Munich II (reserve team of German association football club Bayern Munich) suitable for the second division and, for example, to roof it over in the process.

Mayor Dietl (SPD) visited the venue to facilitate the repurposing work and then held discussions with the Building and Sports Department on steps to be taken to make the stadium look plush and spiffy.

More detailed planning will follow suit as soon as the preliminary decision from the concerned building authorities are received and all open questions that arose from the feasibility study from 2019 have been answered.

‘Abendzeitung Muenchen’ further quoted Dietl as stating that the City Council could deal with specific options for refurbishment as early as autumn. Then the City Council will decide, among other things, on the roofing and making the arena soundproof, taking into consideration the costs associated with it.

Grünwalder Stadium may not fall in the avant-garde categories of venues, but it still hosts several of the City’s football teams. Grünwalder Stadium has been a firm fixture in the histories of the biggest teams in Munich, and was once the home of FC Bayern.

The stadium has witnessed the making of soccer giants like Bayern Munich, the team that has carved a niche for themselves in the world of football. The stadium has an old world charm about it and is replete with history.